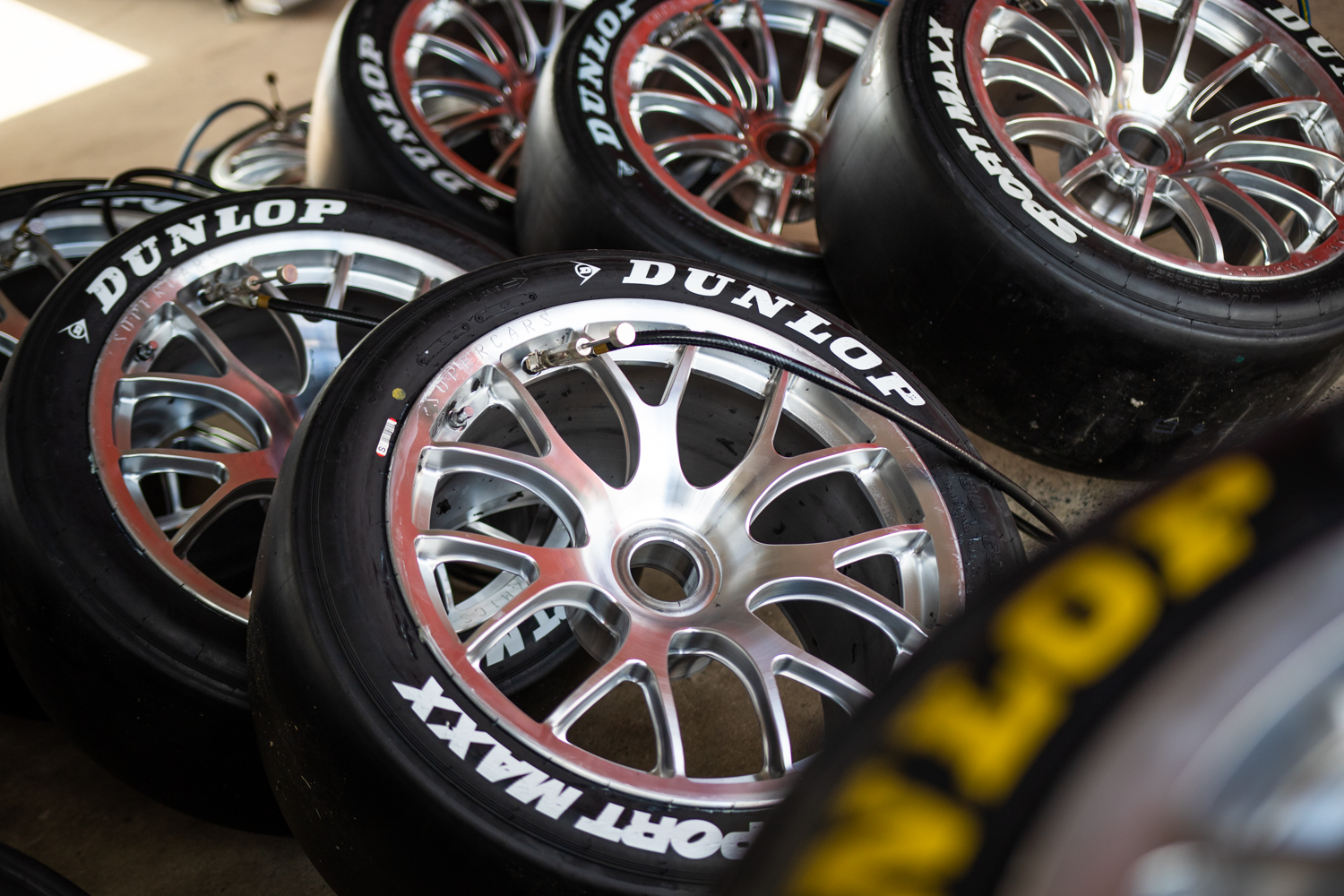 The mandated minimum tyre pressure is likely to be higher at some Supercars events this year in an effort to induce more tyre wear, Dunlop has indicated.

This year teams will again have three dry tyre compounds at their disposal; hard, soft, and super soft.

Wet weather tyres aside, at any given round teams will only have two compounds available to them.

The recently revised super soft compound will only be used at five circuits this year, including the season-opener at Sydney Motorsport Park.

The availability of those tyres will be limited, however. In the first instance, Sydney will see teams only allowed to use the super soft compound in-race.

Last year Dunlop debuted the first version of its super soft tyre in Darwin where tyre wear wasn’t as significant as what was hoped.

It was a similar story in Sydney, where the super soft tyre lasted for substantially longer than predicted and failed to ‘fall off the cliff’, despite the highly abrasive surface.

Dunlop Motorsport operations manager Kevin Fitzsimons blamed the 17 psi minimum tyre pressure and the make-up of the tyre for the lacklustre results in Darwin.

Although a higher tyre pressure of 19 psi was brought in for Sydney, Fitzsimons said the track surface at the Eastern Creek venue made any analysis tough to read into.

“There’s two mindsets at the moment; did the tyres get affected by heat going to Darwin? The fact that it was so hot,” said Fitzsimons.

“Darwin was also, I won’t say a mistake, but it was a mistake only running 17 psi.

“We all know the soft tyre, and transitioning into the super soft tyre, the lower the pressure it changes the footprint on the track and gets the tyre to wind up and gives you the drive – helps it live.

“In Darwin, their life was very, very good from that point of view. So it may well be a combination of the pressure and the heat.

“Sydney, the jury is out there. We were at 19 psi and the surface at Sydney you can’t get a read on it. It’s horrendous.”

It’s that desire for more tyre wear that will see Dunlop recommend a higher minimum pressure to Supercars at certain events, specifically the ones which feature the super soft tyre.

“I believe it will be looked at, for sure,” said Fitzsimons.

“If I had my preference, everywhere we run the super soft it’ll be 19 psi.

“Whether it be a combination like Townsville with the [super] soft and hard tyre, we’ll wait and see. Once again, warmer temperatures, warmer climate.

“It gives the engineers something to think about. The tyre has been around for so long and everybody knows all its idiosyncrasies.

“We’ll give them some time to think about it, don’t drop it until after qualifying and say ‘the race is going to be this’, that would be awesome like the old speedway days of tossing a coin going out the gate which direction the street stock races go, but it’s just one of those things.

“I think we’ll see 19 psi, that would be my certain suggestion and preference at this stage.”

The 2022 Repco Supercars Championship gets underway with the Beaurepaires Sydney SuperNight on March 4-6 at Sydney Motorsport Park.