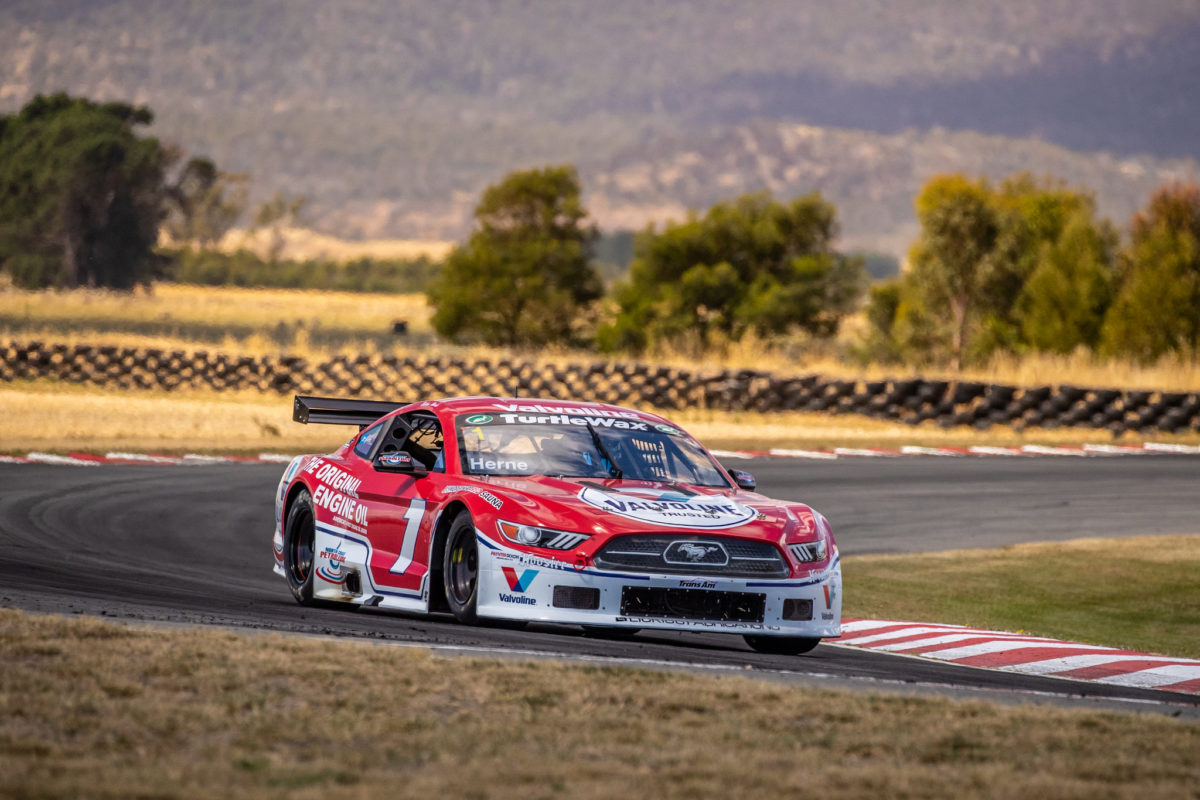 Nathan Herne has won Race 2 for the Turtle Wax Trans Am Series at Symmons Plains, which ended under Safety Car due to an incident for Nash Morris.

Time-certainty caused the chequered flag to be waved 10 laps shy of the scheduled 22, with Herne prevailing from Kyle Gurton, Ben Grice, and Race 1 winner Tim Brook.

However, an issue with the recovery of Morris’s #67 Supercheap Auto car meant it was effectively only a four-lap contest.

Brook held first position as the field got away from the rolling start, while Herne went down the inside of Gurton to take second at Turn 2.

Herne then got a run on Brook down the back straight and when he made the pass for the lead at Turn 6, it created room for both Gurton and Grice to also go through, shuffling Car #38 all the way back to fourth.

Gurton was a threat for the lead until a Safety Car was called on Lap 5 due to Morris becoming stuck in the gravel at the Hairpin.

The deployment also triggered carnage at that corner when Craig Scutella apparently slowed in response to the ‘SC’ board being put out, and was shunted by Chris Sutton.

As the field trundled around under Safety Car, it came to light that the brake proportioning valve had become jammed in Morris’s car, and that would put paid to any further action.

Race 3 of Round 1 starts this afternoon at 15:50 local time/AEDT, and will be streamed live on Stan Sport.