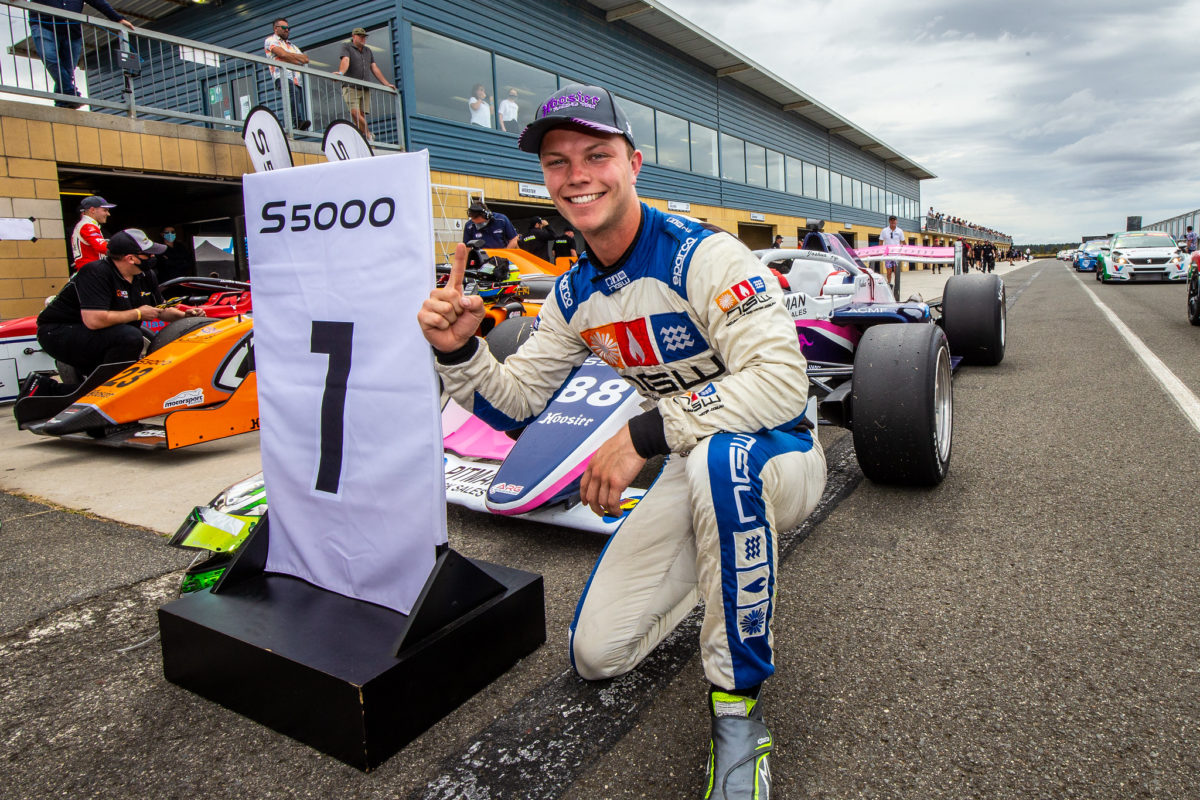 Josh Fife has won Race 2 of Round 1 of S5000 at Symmons Plains, while 2021 champion Joey Mawson was taken out by team-mate Tim Slade.

Mawson had prevailed in Race 1 but made it no further than Turn 2 in the following encounter before he was tagged in his left-rear corner by another of the Team BRM machines.

That took Car #1 out of the race, with an early Safety Car period needed to recover it, while Slade was able to continue in Car #3 after a visit to the pits for a new front wing.

Fellow debutant Fife, meanwhile, was at the head of the field having nosed ahead of 88 Racing team-mate and fellow front row starter Blake Purdie as they ran up the back straight just before the yellows were called.

When the race restarted on Lap 5, Purdie lost second position when Tim Macrow went down the inside at the Hairpin, but managed to stave off Cooper Webster.

A lap later, Purdie was unloaded by Webster at the Hairpin and when he could not get going again, the Safety Car returned.

The field was let loose once more on Lap 13, with Fife taking the green flag with a margin of well over a second back to Macrow.

Webster ceded third spot on Lap 14 when he served a drive-through penalty for the Purdie incident, releasing James Golding to go after Macrow.

However, having drifted almost two seconds from Fife, Macrow closed the gap in the next few laps.

Still, with the race running time-certain, the chequered flag flew after 19 laps and Fife became an S5000 race winner on his first weekend in the category.

Adam Garwood joined Purdie and Mawson as DNFs when his #12 entry slowed on Lap 13, leaving only six cars running at the end.

Race 3 will be held this afternoon from 15:40 local time/AEDT, and streamed live on Stan Sport.