CAFE CHAT: What’s Roland Dane been up to and what’s next?

CAFE CHAT: What’s Roland Dane been up to and what’s next? 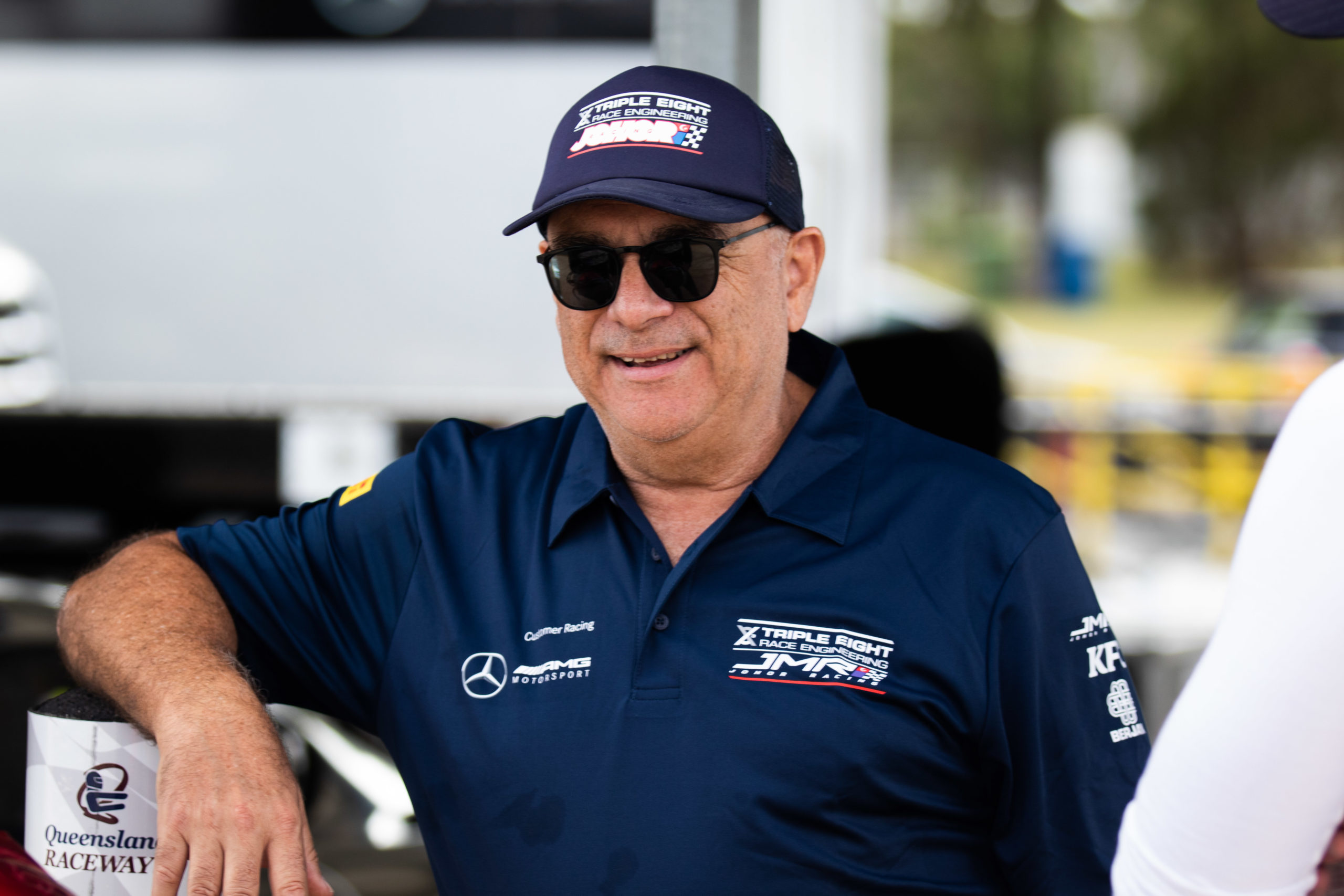 It’s been a little over two months since Roland Dane packed up his desk at Triple Eight Race Engineering and handed the reins to Jamie Whincup.

So what has Dane been up to since last year’s season-ending Bathurst 1000 been up to lately and what’s on his radar?

Speedcafe.com: It’s just coming up on two months since you’ve vacated the desk, is that right?

Roland Dane: Oh, when did I do that? Just before Bathurst.

Speedcafe.com: What have you been up to since?

Roland Dane: I’ve been up to the UK for six weeks. So I went to Abu Dhabi on the way to London for the last [Formula 1] grand prix. I only got back last week. I made sure I left [Abu Dhabi] on Sunday morning and watched it in the peace and quiet at my daughter’s house in England. Honestly, probably a better place to watch it.

Speedcafe.com: I know you’re not one to sit still. It’s obviously the new year now, the second test this year for these guys. Are you drawn out here for any particular reason?

Roland Dane: I just wanted to see where it was all at. Understand, so that, you know, just from a point of view of what I am doing Triple Eight in terms of being chairman there, I just wanted to make sure he’s up to speed on what’s going on. So hence coming out here today. I just came out to have a look and see who’s doing what. The Chevrolet Camaro ZL1 on track at Queensland Raceway

Speedcafe.com: Are you taking a reasonably hands-off approach?

Speedcafe.com: I guess you’ve been part of this process for a long time. Is it quite satisfying to see this all finally come to a head and see so many people working together towards one common goal?

Roland Dane: Yeah, very much, very much. I mean, to be honest, I feel pretty invested personally in the cars, especially given how the Camaro came to be in the category, which was very much instigated from a personal point of view with General Motors in America. So yeah, I’ve got a keen interest in seeing it hopefully come to fruition as next year’s car in a positive way.

Speedcafe.com: You’ve worked with Holden in a factory capacity, it must be immensely satisfying as part of your legacy with the team here to convince GM to take some sort of investment in Supercars moving forward.

Roland Dane: Totally. To have them still involved; they have gone through a very difficult period of morphing from a volume car company, one of the most famous brands in Australian history in Holden to the Chevrolet brand, they’re a niche part of the market now. Working with them through that and the people who’ve remained the GM of Australia, it’s been something that both sides have worked hard to make happen and I’m very proud of the fact we managed to keep them onboard.

Speedcafe.com: Obviously, it’s only early days I suppose in terms of Jamie’s role as the boss. The timing of him coming onboard is also an interesting time with him having a newborn at the same time. Have you been speaking to him much lately about how life is in personal and team land?

Roland Dane: I caught up with Jamie yesterday. He was busy last week with the newborn. So I caught up with him yesterday but I’ve been in touch with him over email. They’re all getting on with it. Triple Eight know what the job is. They know what they’re doing. We finished off the year last year with pretty much everything done in terms of the refurbishment that we put into play sort of 18 months before refurbishing the factory and building the new place as well. So that was pretty much done by the end of last year.

Speedcafe.com: In terms of I guess your role with the business now as chairman, what does that sort of encompass?

Roland Dane: It’s really a non-executive role of being chairman of the board there. The easiest thing is just chairing a few board meetings year, but I’m just there as a consultant if you like for Jamie and the management group to give input as they need it.

Speedcafe.com: Has it been hard to step away having been in such a prominent role with the team?

Roland Dane: Not really, to be honest. If I’m honest, I’ve been planning things one way or another for a long time to try and give myself the opportunity to step back a bit. I’ve been going to motor races in one shape or form since I was 17 years old. And I just wanted the ability to stop and think a bit and that’s given me that already. I already feel that I didn’t have to rush back here straight after New Years or whatever, I could take a bit more time. I wasn’t planning to spend some of that time in isolation with COVID, but that’s what happened. That wasn’t the plan. I’m able to relax a bit more. I still sit on the board at PWR, which I love, and try to consider there. Motorsport Australia has already announced I’ll be doing some stuff with them. A couple more potential things that I may or may not do down the line.

Speedcafe.com: COVID aside, are you pretty happy at the moment?.

Roland Dane: Yeah. To be honest, there’s no point dwelling on COVID because I can’t do anything about it. It is what it is. So you’ve just got to try and work around it. But yeah, I’m pretty happy with where Triple Eight is at and the people, and I’m pleased to see it carrying on. 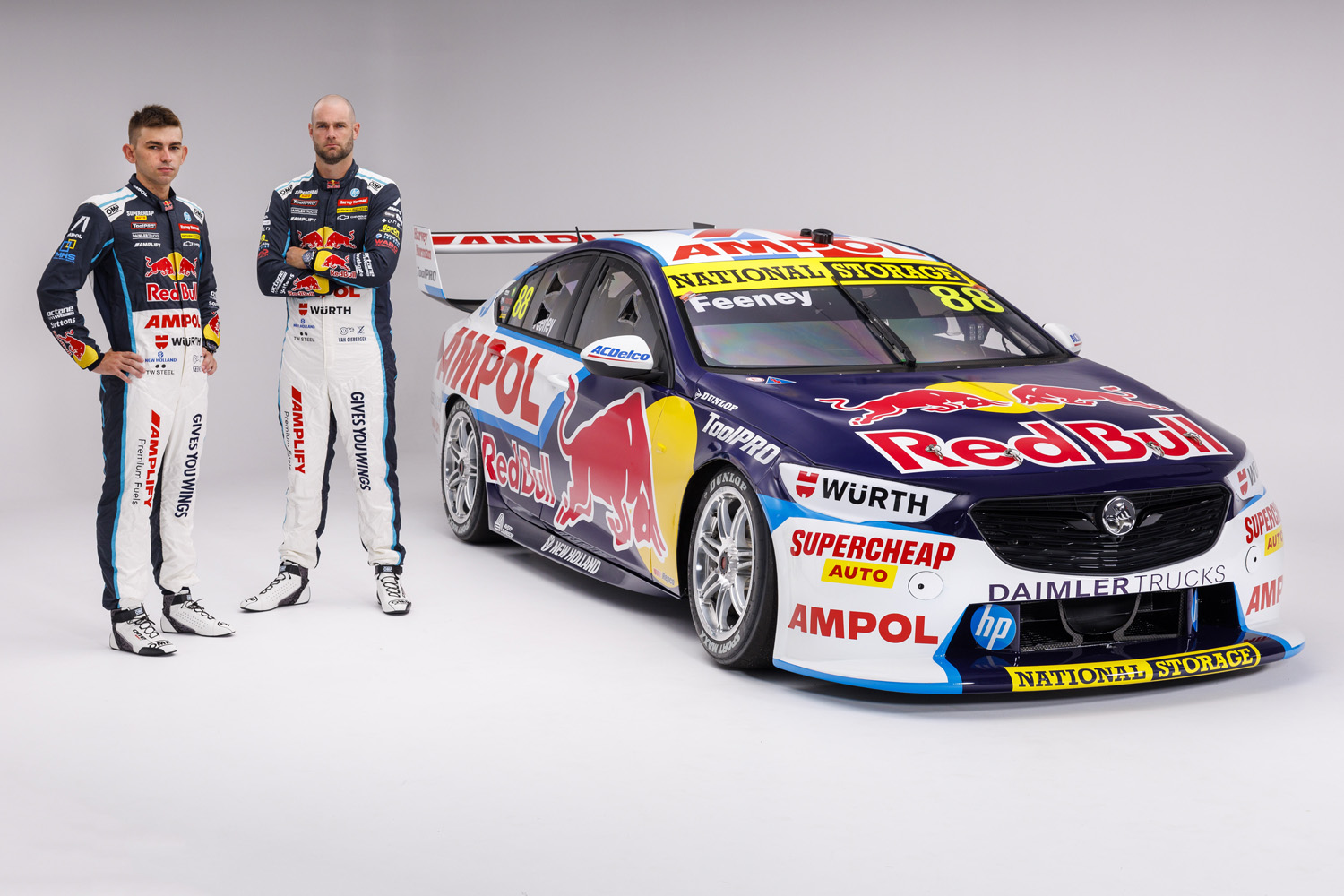 Speedcafe.com: Are you excited for the forthcoming season to watch the new group?

Speedcafe.com: You’re probably not wanting to sort of sit on your hands. You seem to be about doing something in one way, shape, or another. Have you got some plans for this year to keep yourself busy?

Roland Dane: I’ll go to a few races, I plan to go back to Europe when it’s a bit warmer. Two years ago I said I’d never go back there at Christmas, it was too cold. Of course, I did because I wanted to catch up with my daughter there. So as soon as the border is open, I was always going to go back to see her. But I want to go in the summer where it’s great to go to a race or two, do some shit, and catch up with other people and enjoy Europe at the best time of year.

Speedcafe: Your life to this point has been so engrossed in motorsport. Is there now an opportunity for you to tick off some bucket list items perhaps.

Speedcafe.com: Obviously Supercars is in an interesting phase now. We’re on the brink of Gen3 coming in, we’ve got new owners, TV seems to be doing really well at the moment. Are you excited for what’s to come in the next few years for the category?

Roland Dane: I think motorsport around the world has got plenty of challenges. So everyone’s gonna have their wits about them and be prepared to adapt to whatever that takes over the years. And at the end of the day, people will enjoy watching Supercars. It’s fast, loud, and they race well, and if people still enjoy watching it, then they’ll soon be prepared to pay for it and there’ll still be professional racing in this country, which to me is the holy grail; to be able to have a proper, professional championship in a country of 25 million. There are plenty of countries with those of the populations who haven’t got the same level of motorsport we have.

Speedcafe.com: Do you think we’ll see a seismic sort of shift in how the championship is run and maybe that we see a championship over the next couple of years.

Roland Dane: I doubt it because I mean, too much wasn’t broken, to be honest. You can always improve things, but somebody comes in and tries too change too much, we’re throwing the baby out with the bathwater. The fact is, when you go overseas, I can say that, I’ve just got back from six weeks overseas, and everyone without exception who I talk to in our motorsport world from Formula 1 downwards, I’ve spoken to a massive amount of people between London and Abu Dhabi, and they all really rate what we’re up to here. Sometimes when you’re here you can’t see the wood through the trees. There’s a lot of admiration for what we do.

Speedcafe.com: I guess we can all sit here and nitpick and say, ‘Oh, this isn’t right. Or that’s not right’, but like you say, internationally, it’s a series is one that’s admired, isn’t it?

Roland Dane: Very much so. There’s all sorts of reasons. From a spectacle point of view, an economic point of view.

Speedcafe.com: What is it about this category that resonates with so many people around the world?

Roland Dane: Well, in the motor racing world, the biggest thing is that we’ve got good racing without being bumper cars. So they look at the professional side of motorsport. You look at BTCC for instance and even DTM, and they don’t really think of the standards being very high. And in terms of racing etiquette, et cetera. So they’re full of admiration for how we manage the driving standards, which we all pick holes in sometimes, but overall, I promise you, the motor racing world looks at the way we go racing down here and really admires what we’ve done over the years with our standards.

Speedcafe.com: Who are the sort of people that are giving you that feedback?

Roland Dane: I’m talking from Formula 1 land down to club racers that I grew up with and everyone in between. Honestly, they look at it with admiration.