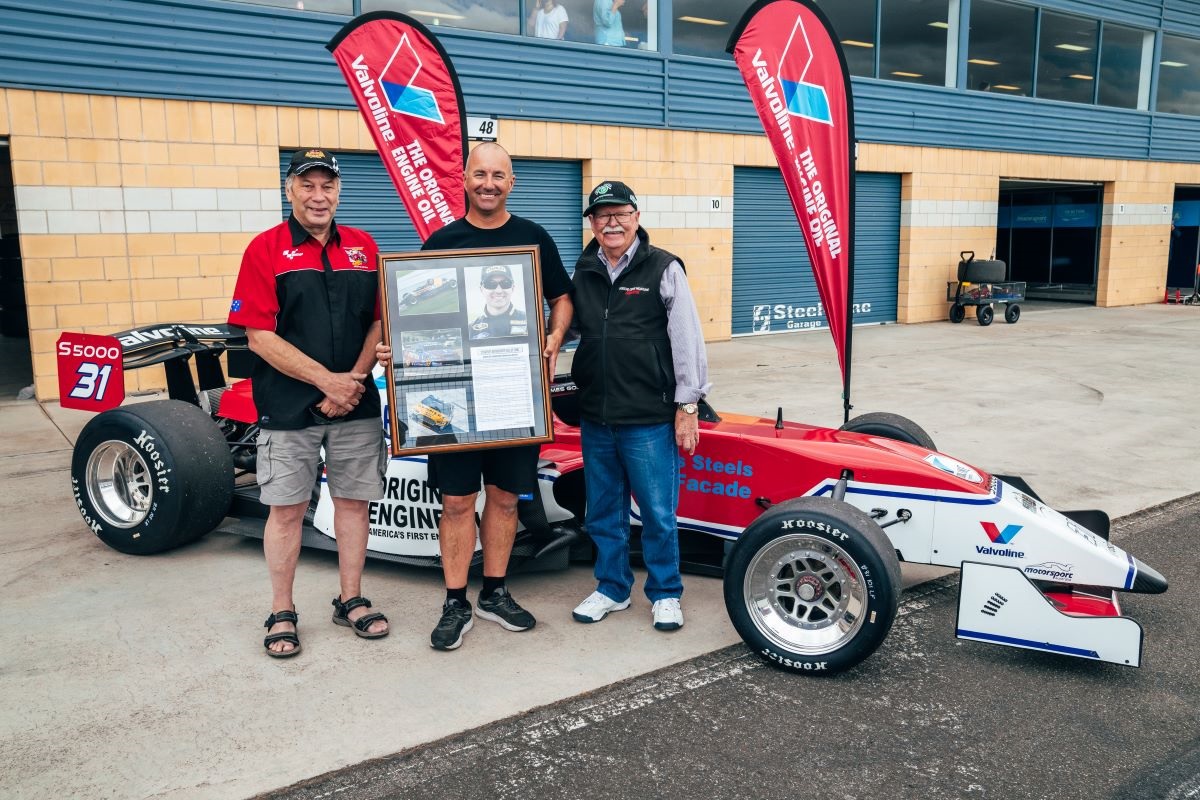 Two-time Supercars champion Marcos Ambrose has been inducted into the Tasmanian Motorsport Hall of Fame.

Ambrose was presented with the honour earlier today at Symmons Plains earlier today, where he is working at AWC Race Tasmania in his capacity as Garry Rogers Motorsport competition director.

The 45-year-old made himself a hero of the Blue Oval faithful when he won the 2003 V8 Supercars Championship with Stone Brothers Racing, breaking Holden’s five-year streak.

He backed that up with another title in 2004, before heading to the United States at the end of 2005 to pursue a career in NASCAR.

He returned to Australia in late-2014 for a wildcard start before he was to have spearheaded the first full season for DJR Team Penske.

In the end, Ambrose contested just the Adelaide 500, Australian Grand Prix supports, and enduros in 2015.

After a period out of the motorsport spotlight, he is now active in GRM’s broad range of motorsport programmes, as a television pundit, and with the karting exploits of his daughters Tabitha and Adelaide.

GRM director Barry Rogers said, “Marcos is an incredible asset for Australian Motorsport and today’s recognition is well deserved and I am sure Marcos and his family are very proud.

“What Marcos achieved in Supercars in Australia at its absolute height of competitiveness with back-to-back championship wins in 2003 and 2004 and then pack up, take a punt and head to the fiercest championship in the world, NASCAR, where the “good ol’ boys” don’t welcome intruders and to race successfully for 10-years shows how tough and talented Marcos is.

“All of us here at GRM congratulate Marcos on his induction to the Tasmanian Motorsport Hall of Fame.”

The honour was presented by both directors of the Tasmanian Motorsport Hall of Fame, Barry Oliver and Martin Agatyn.