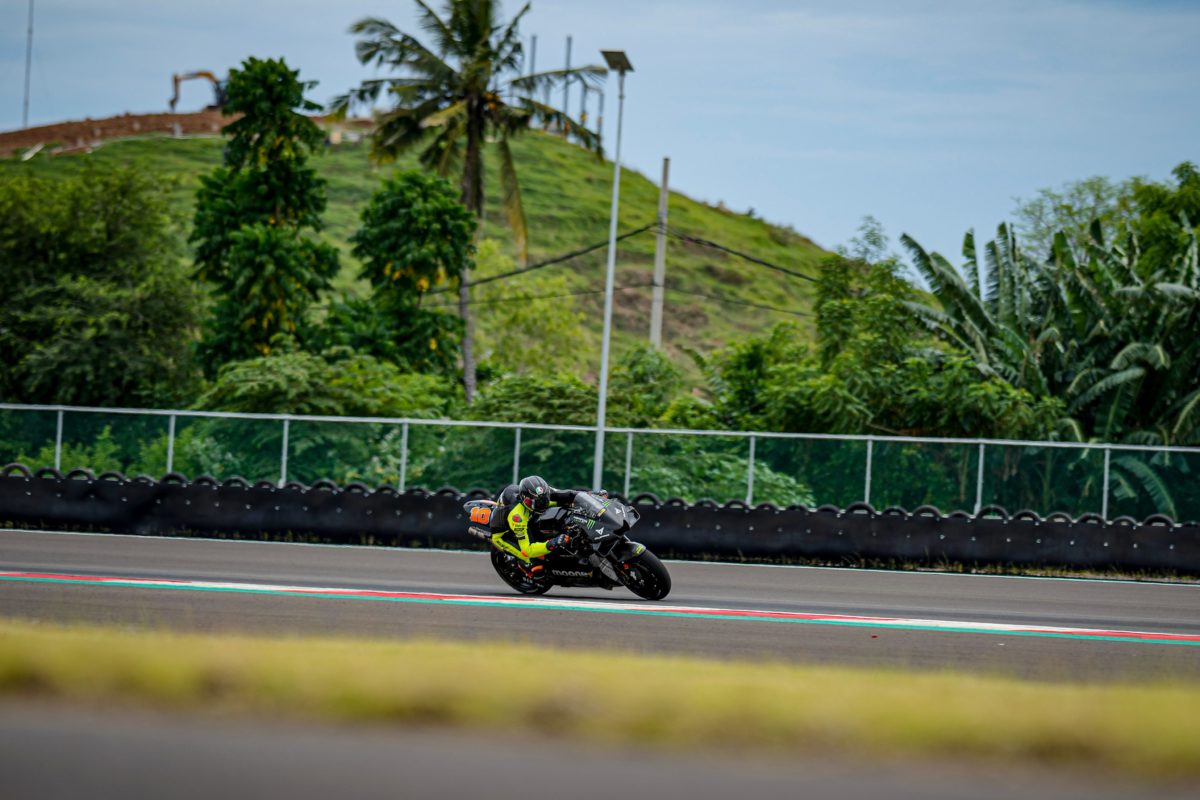 The Italian clocked a 1:31.289s on his Desmosedici GP22 when the field moved into time attack mode late in the day, with Repsol Honda’s Marc Marquez ending up second-best at 0.192s off the pace.

The two Australians in the field, Jack Miller and Remy Gardner, finished 20th and beyond on the timesheet.

Day 1 of the test had been a bizarre affair, with riders at one point sent out for the express purpose of cleaning up a dirty Mandalika International Street Circuit.

Only Repsol Honda’s Pol Espargaro beat the Superbike World Championship lap record with a time of 1:32.466s, but that marker was quickly knocked off on Day 2.

Suzuki Ecstar’s Alex Rins was quickest after the first hour on a 1:31.884s, and Red Bull KTM’s Brad Binder held that mantle another hour later courtesy of a 1:31.814s.

The South African remained top all the way until around 30 minutes remained in the eight-hour session, when Monster Energy Yamaha’s Fabio Quartararo punched out a 1:31.564s.

Minutes later, it was Marini moving into the ascendancy on the #10 Mooney VR46 entry, before Marc Marquez took up second position.

Aprilia Racing’s Maverick Viñales ended up third on a 1:31.516s, meaning Quartararo was shuffled back to fourth, with Suzuki Ecstar’s Joan Mir rounding out the top five on a 1:31.586s.

Brad Binder settled in 11th, having made no advance on the aforementioned lap time, while Miller was 1.029s off the pace in 20th on his factory Ducati Lenovo Team entry.

Despite track conditions improving, the surface was still treacherous off-line, and that contributed to several crashes.