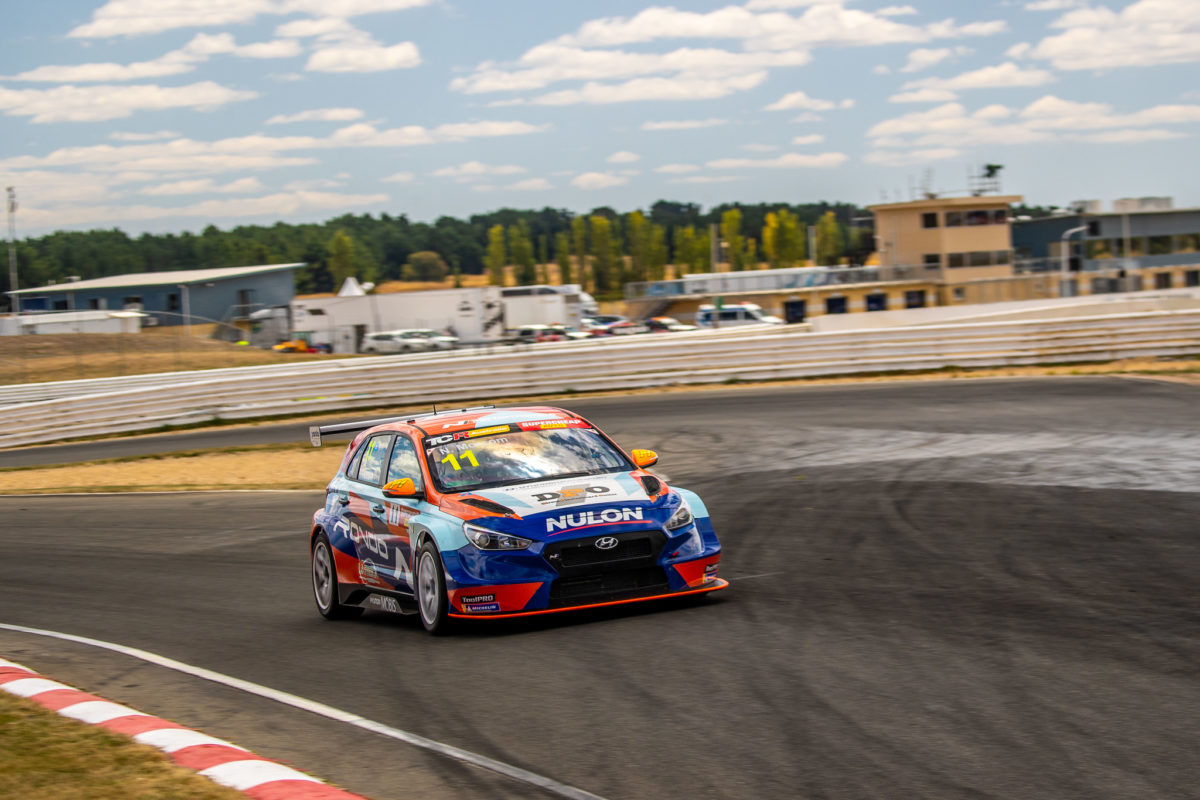 Hyundai’s Nathan Morcom has picked up a maiden Supercheap Auto TCR Australia pole position in Round 1 of the 2022 season at Symmons Plains.

The HMO Customer Racing driver clocked a 0:55.2931s with just over three minutes remaining in Qualifying 2 and that was good enough to put the #11 i30 N on top spot.

He will be joined on the front row by Melbourne Performance Centre’s Jay Hanson, who is giving the new-generation Audi RS 3 its first start outside of the WTCR – World Touring Car Cup this weekend.

The former Alfa Romeo pilot was quickest until Morcom laid down the 55.2 on his fourth flyer, and that would stand up as the new TCR qualifying record at Symmons Plains International Raceway.

Hanson improved to a 0:55.3059s moments later and that proved crucial in snaring a front row berth given team-mate Will Brown got in a 0:55.4187s just before the chequered flag flew after 10 minutes of action in Q2.

The #999 Melbourne Performance Centre Audi will therefore start from third, next to the former Brown entry in the form of the #30 HMO Hyundai which is now steered by Josh Buchan.

O’Keeffe had his Garry Rogers Motorsport Peugeot in the back half of the top 10 during that session before being bumped when team-mate Cameron rescued a berth in Q2 with the chequered flag out.

Fabian Coulthard was briefly on to advance from the first, 15-minute stanza but is set to start his first ever TCR race from 13th on the grid in the #24 Wall Racing Honda.

Michael Caruso brings up the rear of the 19-car grid after a recurrence of power steering problems in the Ashley Seward Motorsport Alfa Romeo Giulietta left him with time enough for only four laps, the best of which was a 0:57.1089s.

He will be alone on the 10th row given Kody Garland is already out of the event after crashing his Garry Rogers Motorsport Renault in Practice 1.

Race 1 at AWC Race Tasmania starts at 16:25 local time/AEDT, and will be stream lived on Stan Sport.