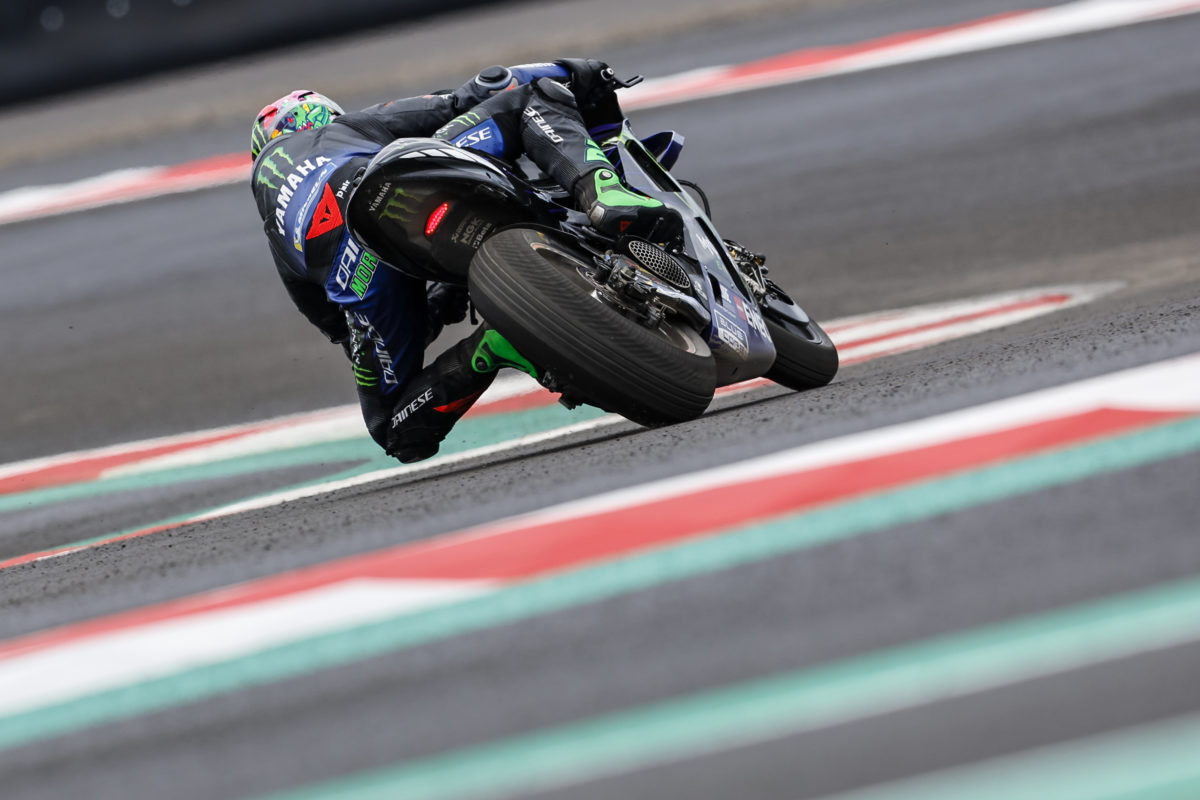 Franco Morbidelli says that sending riders out to clean up the track on Day 1 of MotoGP’s Official Test at Mandalika was “f***ing dangerous”.

MotoGP’s first ever day at the new Indonesian venue, a street circuit built to accommodate motor racing, was a bizarre affair due to the condition of the track.

A combination of rain and construction in the tourism estate in which it is located left it a muddy mess, which caused a delay of around 90 minutes during the morning.

After a hastily-convened Safety Commission meeting of sorts, riders were then instructed to head out and notch up laps for the express purpose of cleaning up the race line.

It was a call which created mixed opinions in pit lane, although Morbidelli left little doubt about his thoughts.

“The riders are not supposed to do this job,” declared the Monster Energy Yamaha rider.

“They are not supposed to clean the track. It’s dangerous to ride on dirt with a MotoGP.

Illustrating how bad conditions were, only Repsol Honda’s Pol Espargaro was able to beat the fastest lap from the Superbike World Championship’s inaugural Mandalika round last November, just before rain began to fall again in the final half-hour.

His brother Aleix was next-best on one of the Aprilias, but was also angry about what had transpired.

“The track was not safe enough to ride. Not at all,” said Aleix Espargaro.

“We are quite used to arriv[ing] at a circuit that has a lot of dust. I remember Qatar on Thursdays; it’s okay.

“But, today wasn’t a matter of a bit of dust. Today the track was unrideable. It was completely unsafe.

“The decision they took, the teams with Dorna, to force us to ride all together just to clean the track, I didn’t like it at all. I was very angry.

“Obviously, it works. If you put 24 bikes on the track lap-by-lap it cleans it.

“But it’s not the solution. I’m not here to clean any track.”

Morbidelli commended the Ducati and KTM riders for tackling most of the early clean-up work, although he also pointed out that their bikes seem to have “the most mechanical grip”. 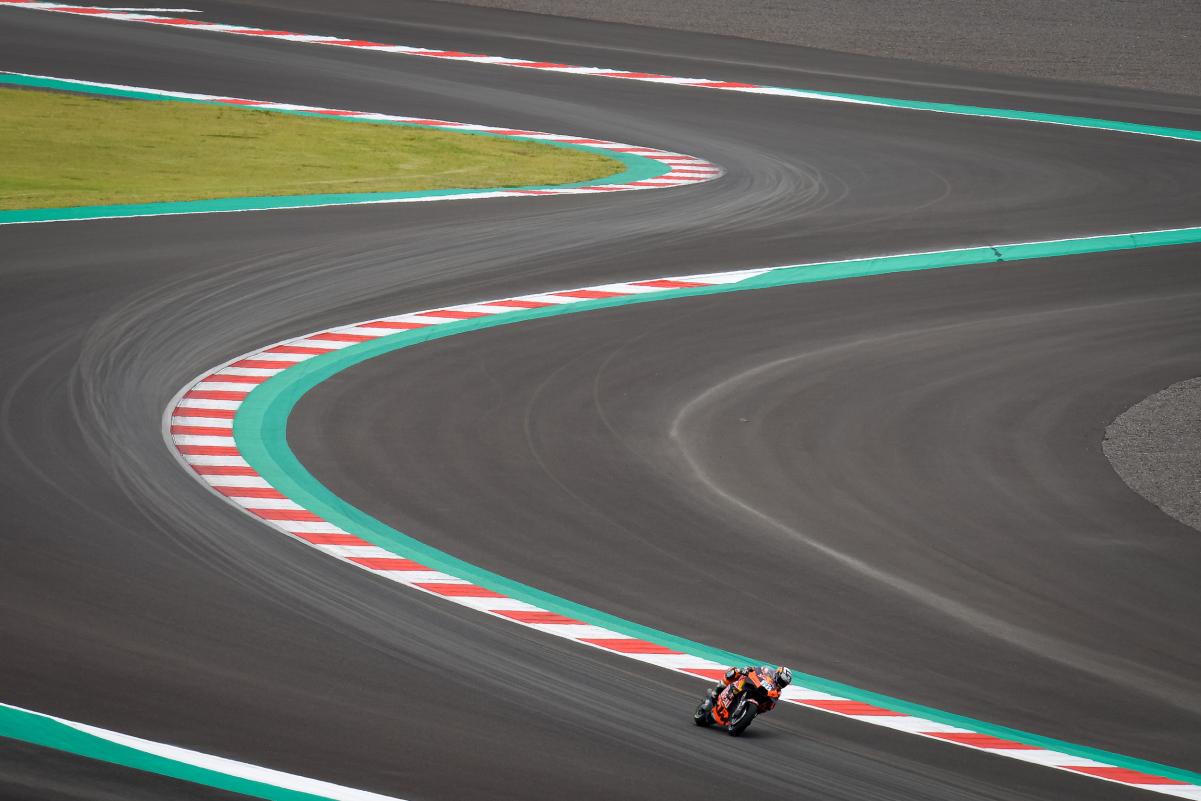 The riders gradually cleaned up the race line. Picture: MotoGP.com

Sure enough, Red Bull KTM Factory Racing’s Brad Binder did not mind being sent out as a track sweeper.

“For me it was the right decision to make everybody ride,” said the South African.

“They cleaned Turns 1 and 2 [with machines] the way they would clean the whole track but it was not that good. It needs rubber.

“It’s still filthy and so sketchy off-line and easy to wash the front or the rear, especially at the beginning.

“It was really hard to learn the track because you were not really on the perfect line. You couldn’t go in deep and couldn’t always trust it braking into turns.

“But, it was a good decision to let us all ride and it was more up-to-pace later on.”

Honda rider Alex Marquez said the track-cleaning idea was in fact his.

“In the morning it was very dirty,” recalled the LCR pilot.

“Everybody was waiting for somebody to clean the track or something like that, but nobody went out.

“So at that moment, everybody started to clean the track, so it was quite good. The line is quite clean.

“It’s true that if you make a small mistake you are out of the clean line and you can crash.

“But the line is not bad, and the grip from the tarmac and track is not bad. It was just really dirty.

“But I need to say from grip level, pure grip, it’s not bad.” 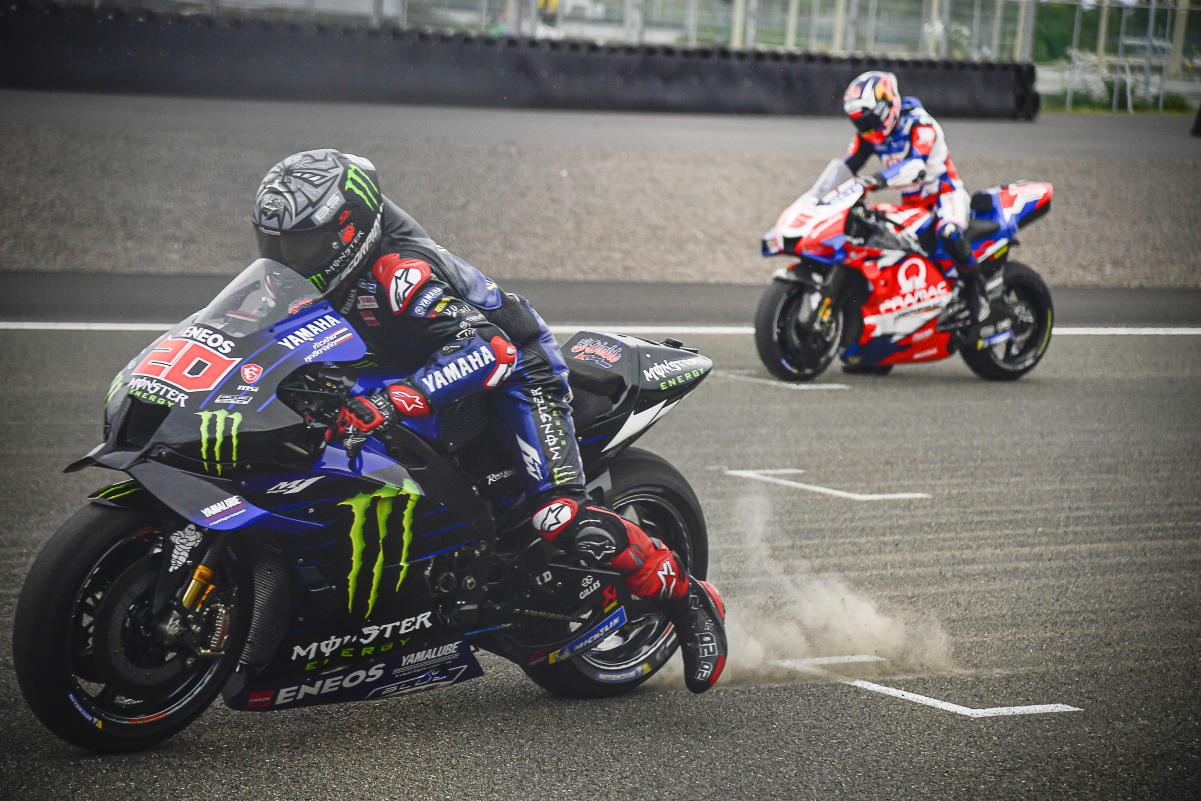