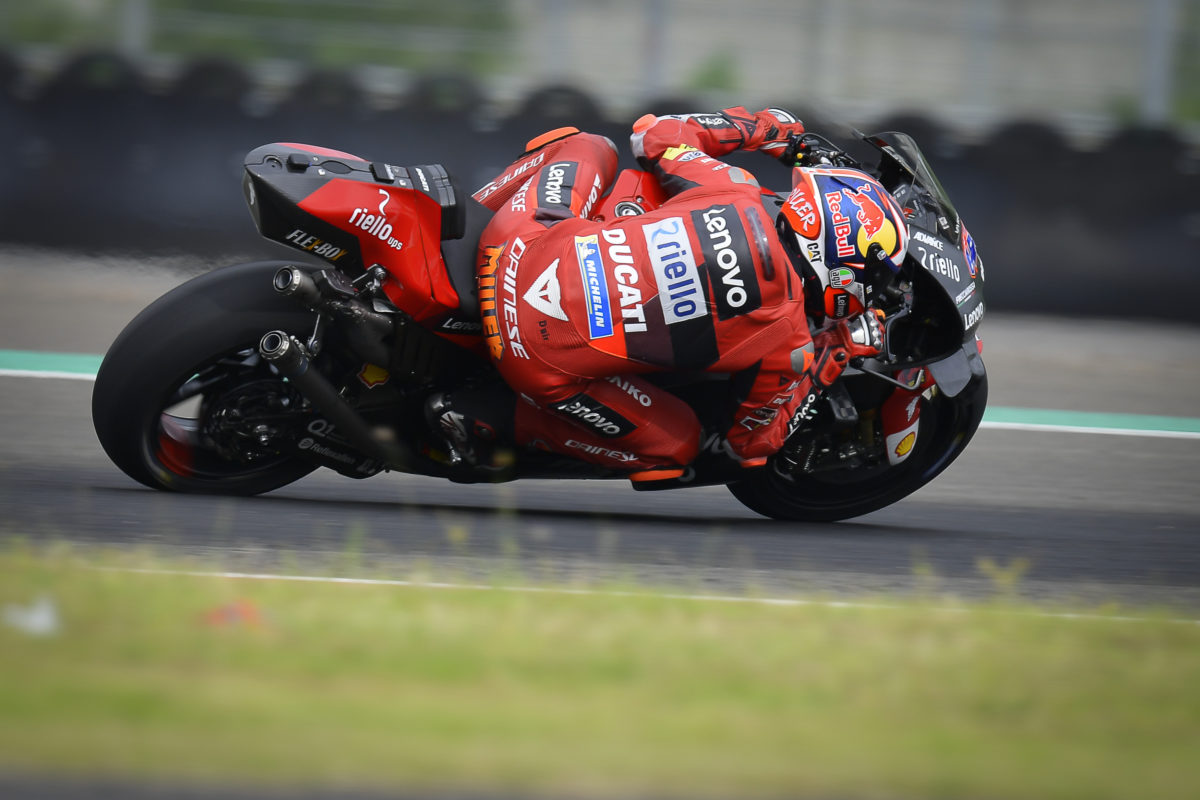 Jack Miller has slammed Aleix Espargaro as “arrogant” after a near-miss late on Day 1 of the Mandalika MotoGP test.

Miller came up on the Spaniard around the back end of the new Indonesian circuit, and claims he nearly ran into the rear of the Aprilia.

The two had reportedly also disagreed in an earlier Safety Commission meeting of sorts, when riders met to discuss their concerns over the dirty track surface with Race Direction and FIM Safety Officer Franco Uncini.

Explaining their subsequent incident, Miller said, “He decided that he wanted to follow [Enea] Bastianini, up the road from me.

“Then, I dunno, I was on a good lap – 0.8s under and right before I went to the top the following lap – and he decided he was too close to Bastianini so he just got on the f**king brakes in the middle of the second last corner.

“Right in the middle of the racing line, I nearly crashed right up his arse. So then I revved it at him.

“But it’s typical, Aleix being arrogant and thinking he owns the track.” 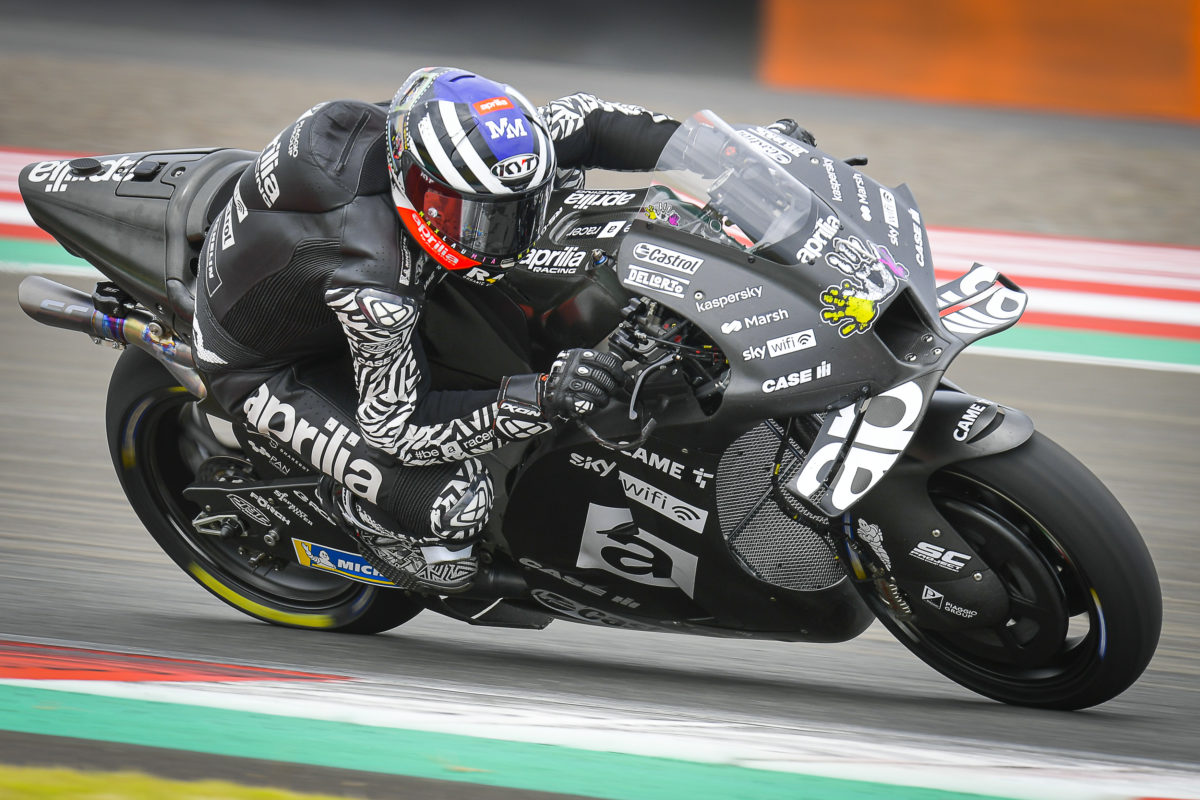 Espargaro, who did not comment on the incident, ended up second-quickest, 0.471s slower than brother Pol on a Repsol Honda.

Miller took sixth on his Ducati Lenovo Team entry, meaning all six manufacturers were represented in that top six.

How representative any of that was is questionable, however, given the track was so filthy that riders were at one point sent out as virtual street sweepers, to clean up the race line.

“Having the tricky conditions for sure made life difficult, but for sure working with engine brake, the engine brake character, and the engine brake curve and torque curve, playing around with that, trying to make it work so you can keep both wheels stable,” he explained.

“So, it was a good day to really try to sort elements. As we all know, the championship is long, we get all sorts of conditions.

“So, I think it’s kind of good that we don’t test in beautiful sunshine all day on a fantastic track that you can break lap records on.

“It’s nice to test on tracks that are more virgin and closer to what you get over a real race weekend.”

Day 2 of the three-day Official Test, the last before the season proper, starts later today.