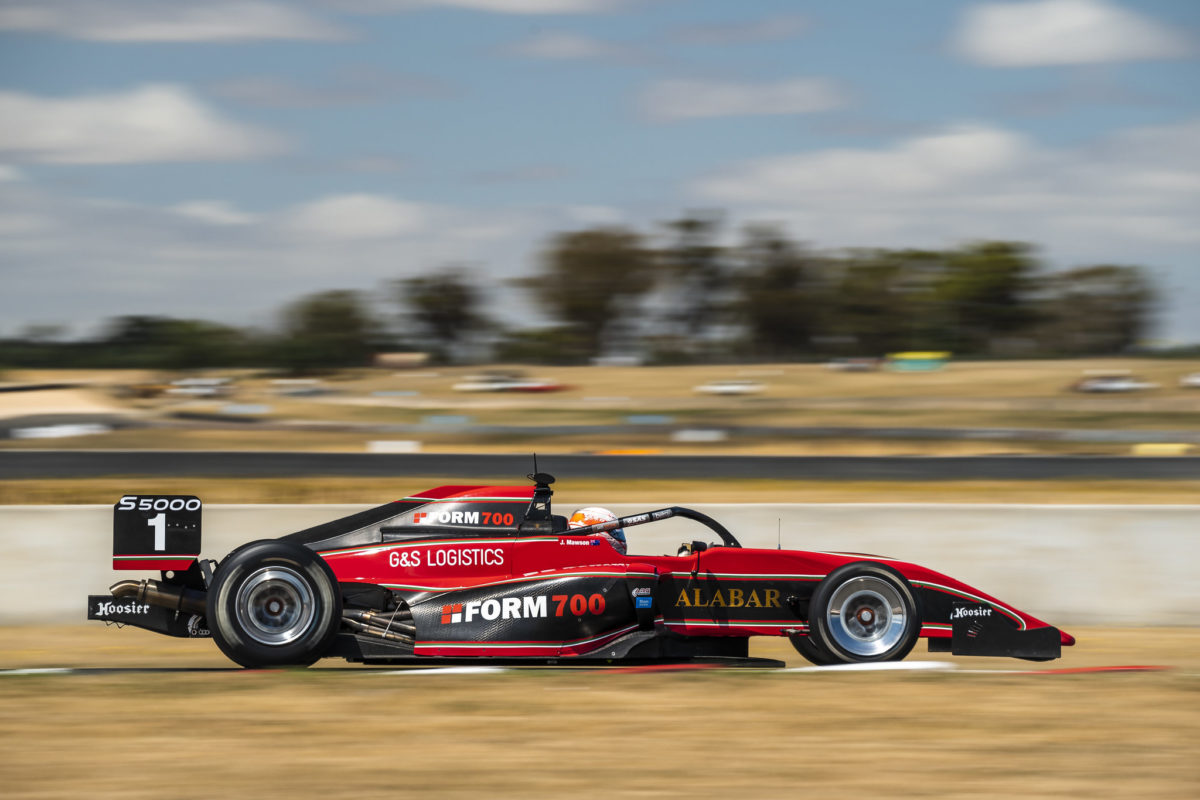 Last year’s Australian Drivers’ Champion, Joey Mawson, has kicked off the 2022 S5000 campaign with victory in Race 1 at Symmons Plains.

James Golding (Garry Rogers Motorsport) had qualified on pole but it was Mawson (Team BRM) who got the jump when the lights went out and led the field to the first braking zone.

Cooper Webster (Versa Motorsport) slotted into third but held that position only as far as the end of the back straight on Lap 1, where Tim Slade (BRM) picked him off at Turn 6 with the assistance of the slipstream.

The top two crept away from the field such that they were a full second clear of Slade on Lap 7, and a two seconds up on Lap 13.

Still, Mawson could not shake Golding until the latter got somewhat crossed up at Turn 6 on Lap 16, and the gap expanded beyond one second by the end of Lap 23.

They were separated by 1.1575s when the chequered flag flew after 25 laps, with Slade another 2.8329s back in third spot.

Webster remained fourth in a fairly procedural affair, from Tim Macrow, Blake Purdie, Josh Fife, and Adam Garwood, with Kaleb Ngatoa bringing up the rear of the nine-car field.

All nine drivers broke Mawson’s year-old race lap record but the man himself did so by the most, and that benchmark now stands at 0:48.5598s.

Race 2, which features a partial reverse grid, will be held tomorrow from 13:50 local time/AEDT, and streamed live on Stan Sport.