This year’s Australian GP will start an hour earlier

The start time for the 2022 Formula 1 Australian Grand Prix has been moved forward as a result of its April date.

The news was confirmed by the FIA which published a list of session times for all grands prix this season.

“We’re going to have to reconfigure race timings, and so on,” Australian Grand Prix Corporation boss Andrew Westacott said at the time.

Melbourne will host the third round of the season from April 7-10, a week after daylight savings ends.

Traditionally it has played host to F1 in mid-March which has allowed the event to run longer into the evening.

However, with this year’s race set to take place roughly a month later, there is less natural light available to organisers on top of the clock changes a week prior.

The revised 2021 Australian Grand Prix had a 17:00 start time listed, though that event was pencilled in for November 21 before ultimately being cancelled and replaced with the Qatar Grand Prix. 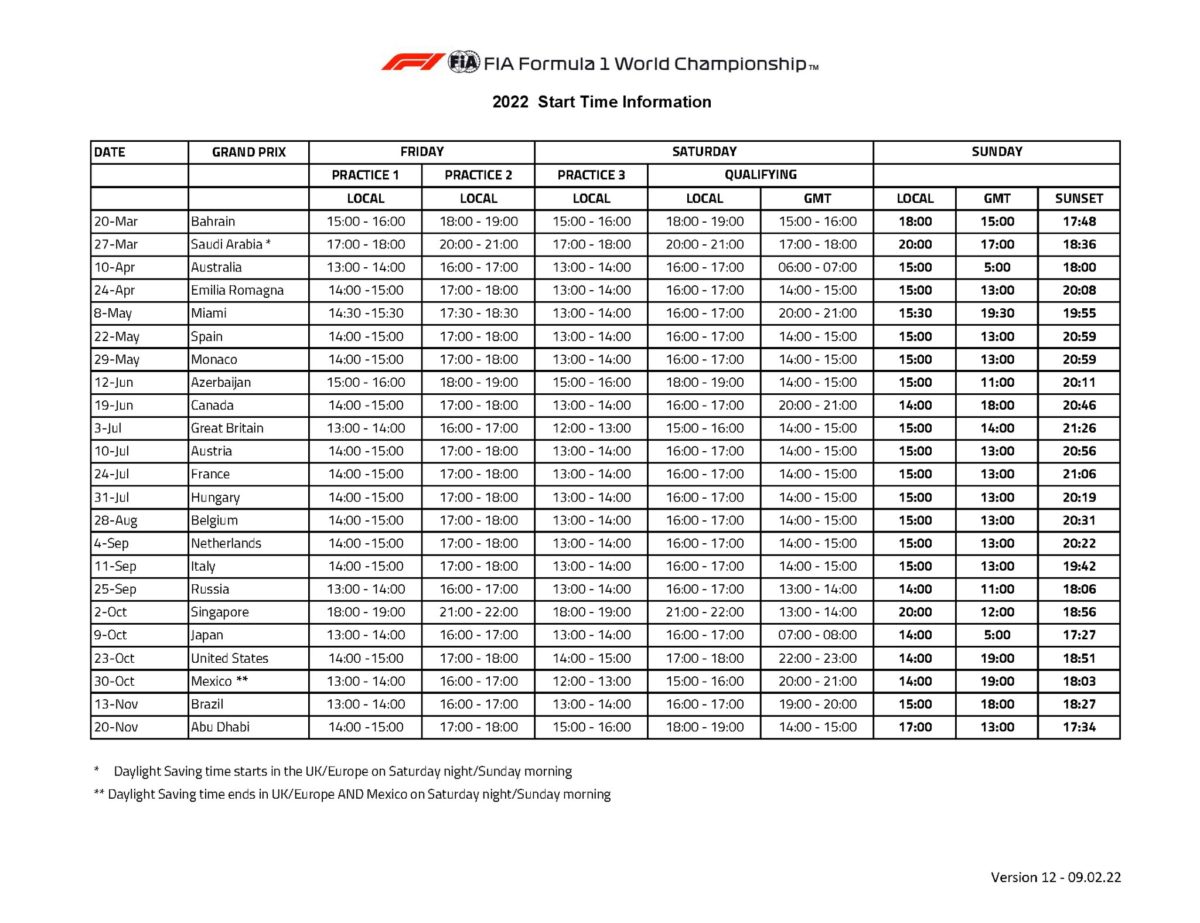