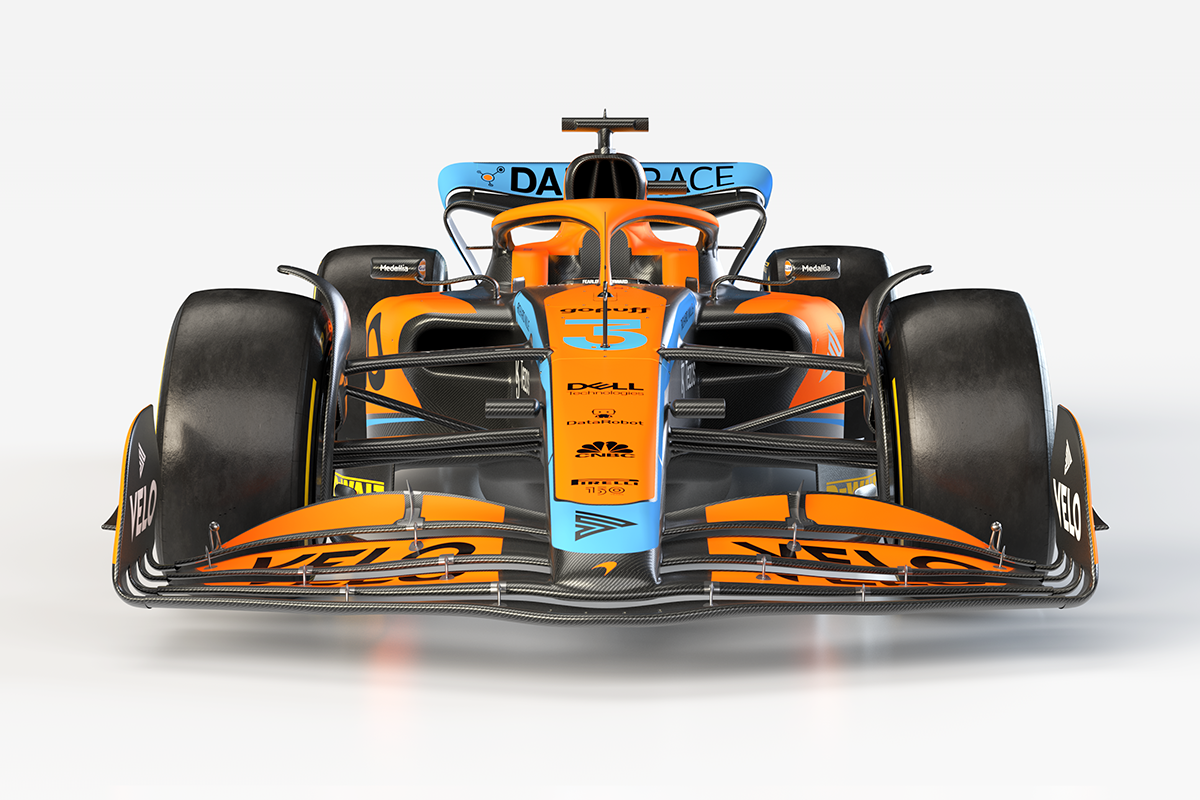 McLaren technical director James Key claimed the team “took risks” in the design of its all-new Formula 1 car, the MCL36.

The British marque is the fourth to unveil its 2022 car as teams ramp up efforts ahead of pre-season testing later this month.

The coming season offers the potential of a shakeup of the pecking order owing to significant aerodynamic rule changes.

That’s resulted in simpler and more stylised cars which now produce the bulk of their grip under the floor.

Such a seismic regulatory change saw every team start with a blank canvas, with McLaren taking risks in its development.

“I think how aggressive the car is, is like performance: it’s all relative,” said Key.

“Certainly we took risks. We haven’t made life easier for ourselves just by going for the easier options in some areas where we felt there was potential.

“So we’ve followed our own noses. We haven’t been influenced by anything else, and I think there’s definitely some difficult designs on the car which I guess we did for good reason.”

With such a significant rule change, teams have been coy in the unveiling of their new cars.

Haas offered renderings of the VF-22 that raised questions over the accuracy of its front suspension, while the car used in the Red Bull launch was little more than a ’22 spec show car.

Aston Martin meanwhile held nothing back in the unveiling of the AMR22, reasoning that it simply didn’t want to just release the livery.

Key was coy when asked just how close the MCL36 shown at launch would be to the car that will run in Bahrain for the season opening grand prix next month, McLaren having already revealed it will have an updated package for the opening round.

Beyond that, plans are fluid as attentions are instead turned to understanding the all-new car before funnelling the team’s cost-capped resources down specific development pathways.

It was a stepped improvement on 2020, despite dropping a spot to Ferrari in the team’s fight, as the squad continues to rebuild.

“To be honest, for me, the most important thing is that we keep this positive momentum up, that we keep taking steps,” said team boss Andreas Seidl of the year ahead.

“We have ambitious targets here at McLaren. For us, as a team, we want to get back to fighting for race wins regularly, and fight for championships again in the future.

“But at the same time, we know the reality that we still have some important building blocks like the wind tunnel on the infrastructure side to finish in the next two years.

“So therefore you need to be realistic,” he added.

“We will go into the season definitely ambitious.”

The 2022 Formula 1 season begins in Bahrain on March 20, preceded by six days of pre-season testing.

Barcelona hosts the first three of those from February 23.