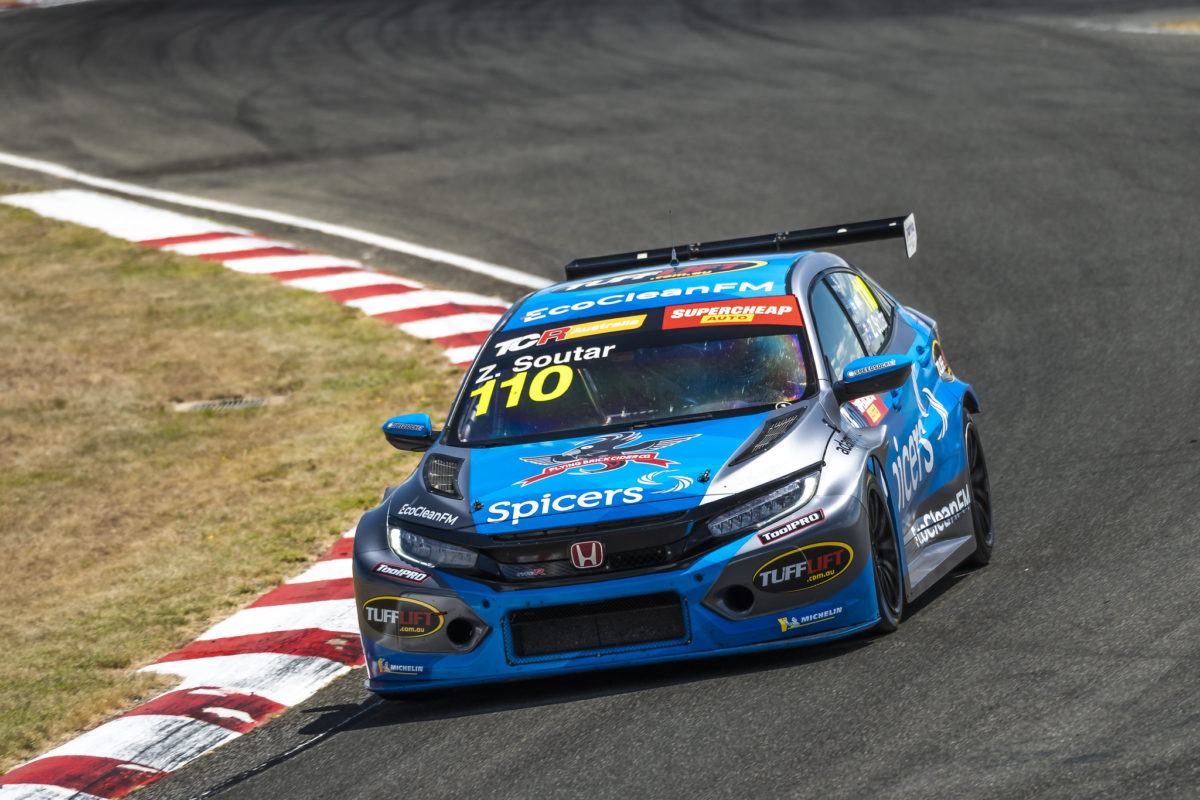 Zac Soutar remains measured despite going fastest in practice for Round 1 of the Supercheap Auto TCR Australia Series at Symmons Plains.

The Honda privateer prevailed in a top four covered by just 0.0474s after two, half-hour sessions on the opening day of AWC Race Tasmania, edging experienced TCR drivers James Moffat and Dylan O’Keeffe, plus debutant Fabian Coulthard in another Civic.

“We had a really positive day in practice,” said Soutar.

“We topped P2, which was nice, but in saying that, you never get too excited after practice.

“It’s just practice, [but] being first is better than being last.

“We’ll regroup tonight, see how we go tomorrow, and hopefully have a good weekend.”

Moffat, who is again behind the wheel of a Garry Rogers Motorsport Renault Megane, remarked, “Certainly, it’s a nice way to kick off the year, but clearly only practice.

“But, every time you come to the race track, you want to be faster than you are slower, so to be somewhere up the top of the timesheets after practice is a good start for us.”

Will Brown was fifth for the day after setting the pace in Practice 1 in his Melbourne Performance Centre Audi RS 3, while Michael Caruso was slowest by multiple seconds in Practice 2 after suffering with a power steering problem in the Ashley Seward Motorsport Alfa Romeo Giulietta.

He will at least be back on track tomorrow, in contrast to debutant Kody Garland, who is out for the weekend after crashing his GRM Renault in Practice 1.

Qualifying will be held tomorrow from 14:20 local time/AEDT, streamed live on Stan Sport.