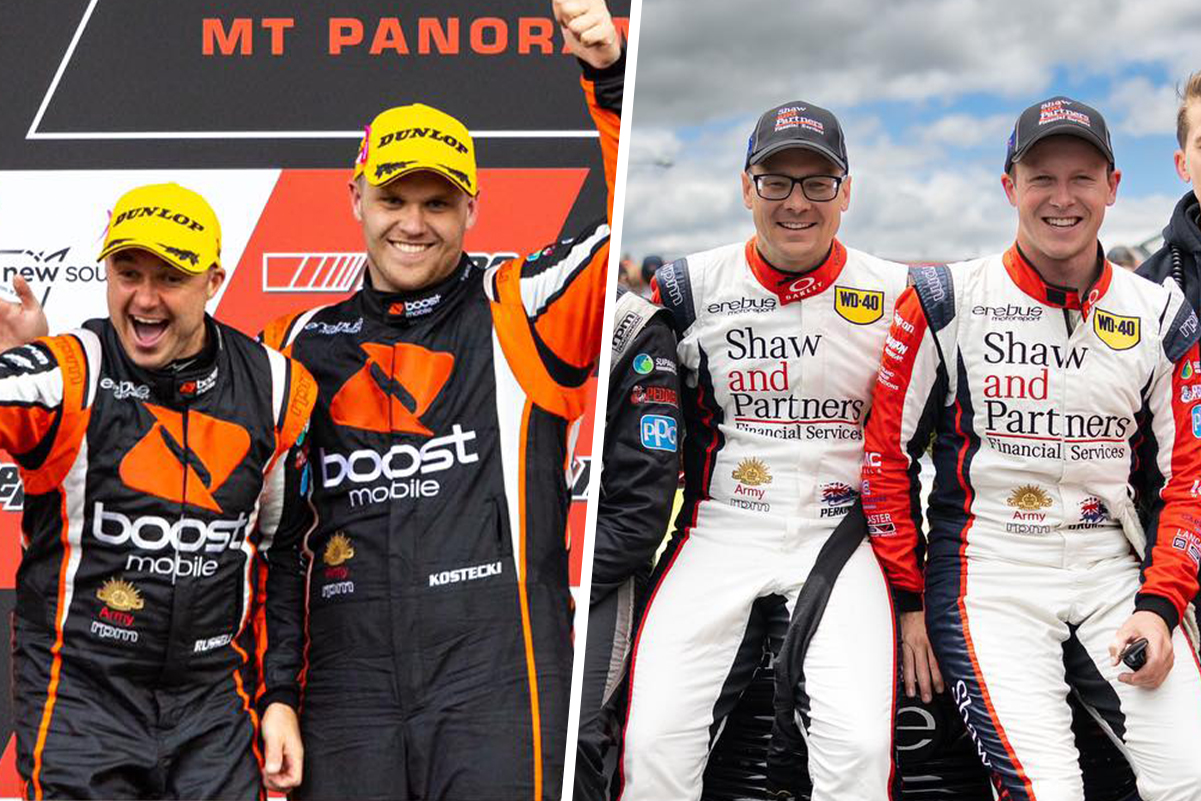 Erebus Motorsport has confirmed it will field an unchanged co-driver line-up in this year’s Repco Bathurst 1000.

Jack Perkins and David Russell return to the team alongside Will Brown and Brodie Kostecki respectively.

Last year Kostecki and Russell finished third in the Bathurst 1000, marking the first time either had stood on the podium in the Great Race.

“It was great to be able to achieve a podium last year at Bathurst,” said Russell.

“It gives you confidence because you know that you’ve put in the hard yards but you have to continue to work hard and that’s definitely what we’ll be doing this year.

“Going back-to-back with Erebus is definitely beneficial because I have an understanding of the characteristics of the car and understand how Brodie and the team work.

“The partnership last year was great so I’m really looking forward to working closer with the team and heading back to the Mountain later in the year.”

The opening Mount Panorama 500 saw Brown crash in the first session of the season.

Then, upon returning for the Bathurst 1000, he and Perkins befell a power steering problem.

“Stability and continuity are such an important part of success at Bathurst,” said Perkins.

“For Will and I to be able to roll on in terms of seat position and work with all of the same crew, we’re certainly in a good position.

“The way that both Will and Brodie performed throughout last season really proved that they’re going to be competitive this year.

“It’s going to be great to watch in the first half of 2022 and I can’t wait to play my part in the later half of the season.”

The quartet will take part in pre-season testing at Winton Motor Raceway on February 22.