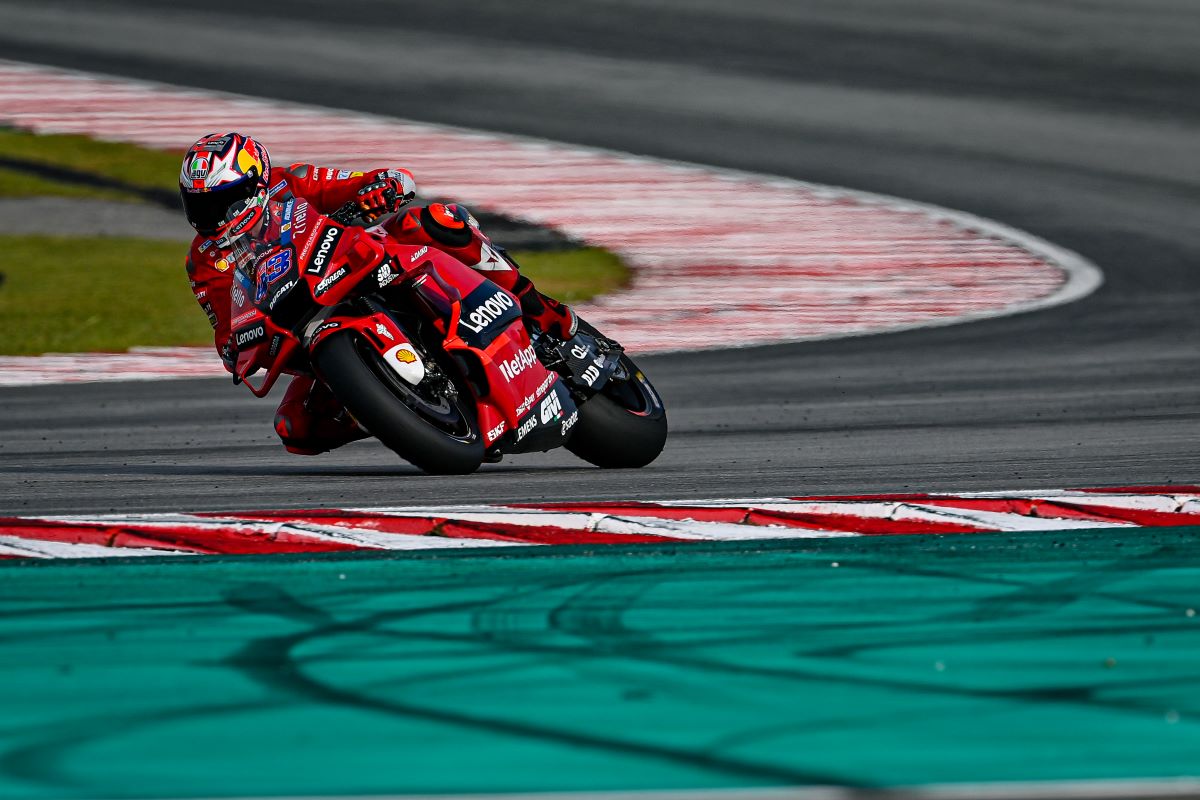 Jack Miller on a Desmosedici GP22

Jack Miller was not particularly surprised that Enea Bastianini set the pace in the Sepang MotoGP test on a year-old Ducati.

Bastianini, riding for satellite team Gresini Racing, went as quick as a 1:58.157s around the Malaysian circuit on a Desmosedici GP21.

He was one of six to go under Fabio Quartararo’s All Time Lap Record, set in qualifying in 2019, and 0.112s up on the leading GP22 rider, Pramac Racing’s Jorge Martin.

Miller, a graduate from Pramac, was more than half a second slower than Bastianini in 14th position and it was his Ducati Lenovo team-mate Francesco Bagnaia in sixth.

However, with riding for the factory team comes the responsibility of developing a new bike, as the Queenslander noted.

“When you look back when I was in Pramac in the past years and Dovi [Andrea Dovizioso] and Danilo [Petrucci] or Jorge [Lorenzo] were here [at the factory team], most of the time we were able to be faster in the Malaysian test,” he observed.

“You have so much more work to do in the factory seat. You don’t get to throw tyres at it and have all that fun [like] in the satellite team and break lap records.

“At the end of the day, Enea is on a fantastic package. I know very well how good his package is.

“Also, he’s riding fantastic. To do a 58.1s around here… I thought they’d get into the 57s and that was making me nervous. They didn’t quite crack it.

“They’re riding really good. All those boys are riding good.

“We’re half a second off. With a base setting on a brand-new bike, I think we can be pretty happy with that.

“Considering how fresh it is, I think we’re not too far away.” 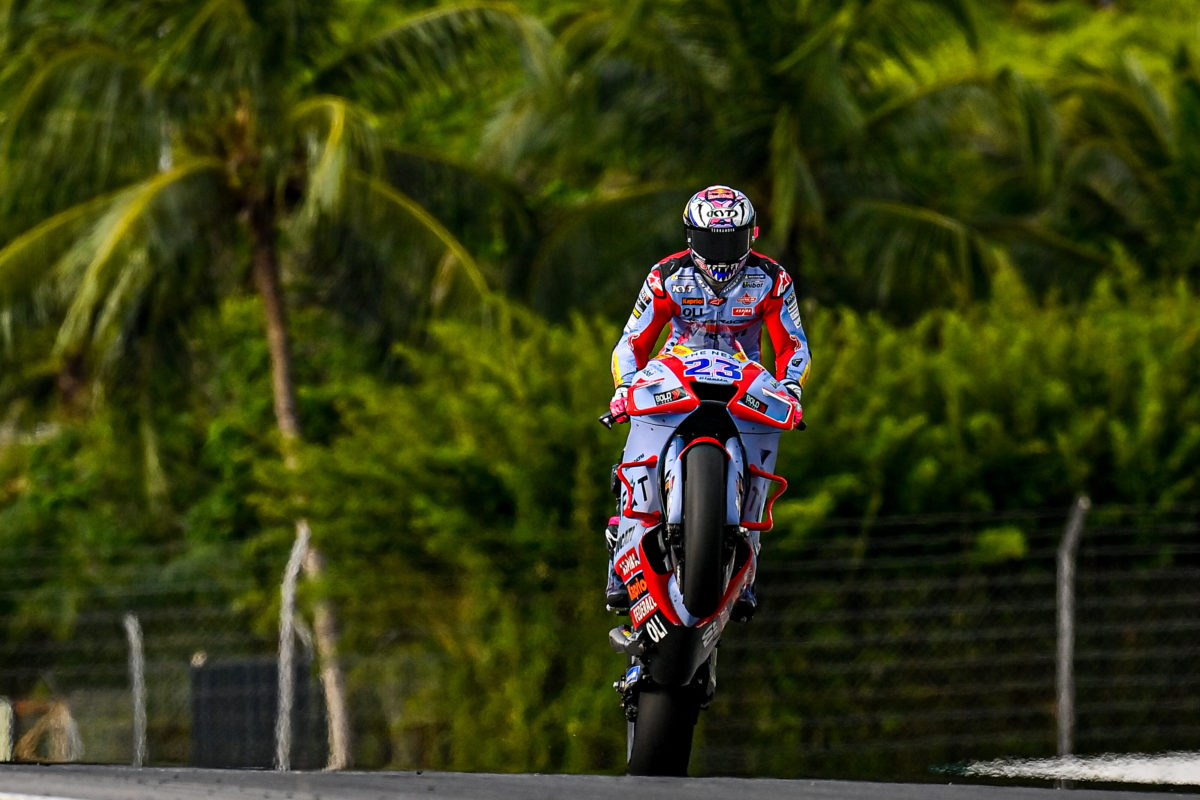 Enea Bastianini on a Desmosedici GP21

Bagnaia highlighted electronics as an area which needed work, in order to tame the new Ducati engine, after the Sepang test.

That was a point backed up by Miller, who had said after Day 1 of that test that the GP21 was a better package than the fledgling GP22.

“We’re working on engine character and the way the electronics are working,” he explained following the completion of the Sepang outing.

“We’re quite busy. In between that and trying new parts. It’s been a busy test.”

Elaborating, #43 added, “A big part of it has been throttle connection from engine brake to positive gas; just that first touch to get it as smooth as possible.

“That’s been a big recurrent thing. We’ve improved it from where it was in Jerez [2021 post-season]. We’ve got some work to do still.

“We’ve got a complete new package this year. Last year that bike had been worked on through 2020 and 2021. It was fine-tuned by the end of it.

“Starting from the base again, you need to build up. Starting from where we are now, to where the bike will be in Qatar [Round 1], I feel this package will have more potential, once we’ve ironed out all the bugs. That gives me promise.

“It’s a shame it rained in the afternoon [Day 2 of Sepang test] because we needed more track time. But I’m quietly confident with the bike, it’s growing on me more and more.

MotoGP has now descended on Indonesia for its first official track activity on the new Mandalika International Street Circuit, that being the second and final Official Test of the 2022 pre-season which starts today at 12:00 AEDT.