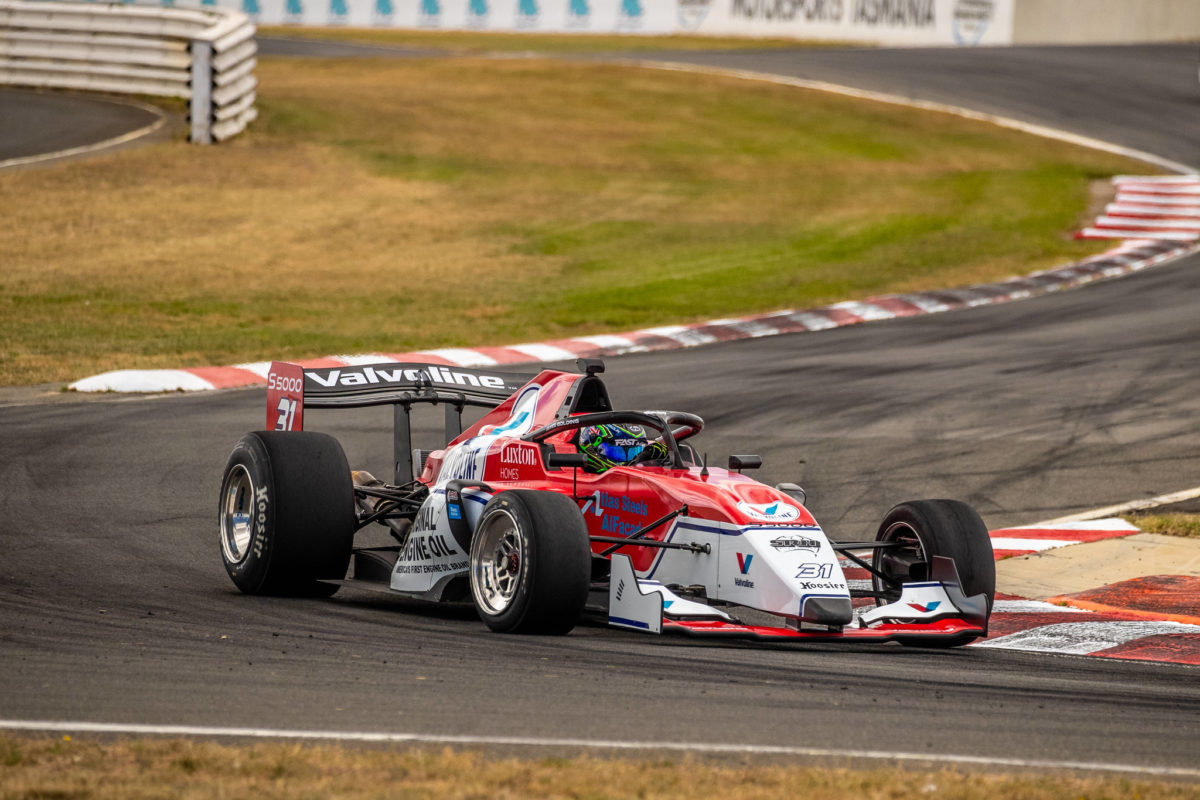 James Golding has come out on top in practice for Round 1 of the S5000 Australian Drivers’ Championship at Symmons Plains.

Tim Slade was next-best with the 0:48.5189s he set in his sole hit-out, the #3 Team BRM entry not appearing in the latter session due to a fuel pump failure.

Debutants Josh Fife and Adam Garwood were seventh- and ninth-quickest respectively in a nine-car field, split by Kaleb Ngatoa.

S5000 Qualifying starts tomorrow at 13:15 local time/AEDT, and will be the first session on Stan Sport’s live-streamed coverage.

Nathan Herne pipped Owen Kelly in practice for Round 1 of the Turtle Wax Trans Am Series at Symmons Plains.

Tim Brook was only 0.0517s off the pace, with Brett Holdsworth and Lochie Dalton rounding out the combined top five.

Nash Morris was seventh on a 0:54.2329s in his Supercheap Auto-backed car and Jon McCorkindale 12th on his first day since switching from Super2.

National Trans Am debutants Jett Johnson and Dalton Ellery ended up 16th and 22nd respectively in the 26-car field.

The latter session was disrupted due to grass fire at Turn 7, triggering a red flag just before the halfway mark which lasted for a little more than five minutes.

The field returns to the track tomorrow at 13:45 local time/AEDT for the first of two, back-to-back qualifying sessions, then Race 1 at 15:45.