Garland out of TCR Round 1 after practice crash

Garland out of TCR Round 1 after practice crash 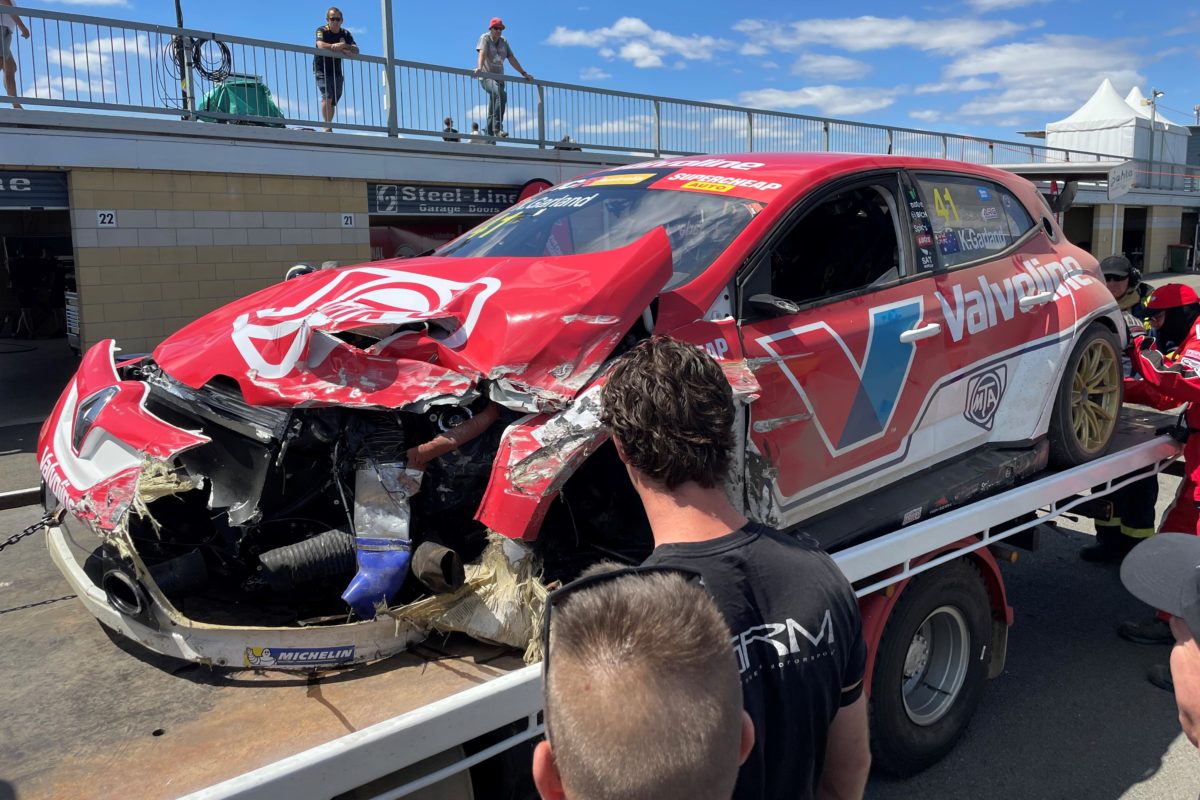 Kody Garland has been ruled out of the remainder of Round 1 of the Supercheap Auto TCR Australia Series after a crash in practice at Symmons Plains.

The TCR debutant lost control on the back straight and hit the wall in Practice 1, causing significant damage to the Team Valvoline Garry Rogers Motorsport Renault Megane RS.

“We’ve all put so much effort into this over the last couple of weeks and for it to end this way is certainly not the way we wanted,” said Garland.

“With the pace I was showing yesterday [testing], it was looking good so I’ve learnt that one the hard way.”

His withdrawal means the field is reduced to 19, although the #41 Renault will be back for Round 2 at Phillip Island next month.

“Obviously with the contact to the wall it looks like the strut tower is damaged, so it’s fairly structural,” added Garland.

“[It is] Repairable, but not at the track for this weekend.

“I was just so keen to go out there today and it just breaks your heart that you can’t get out there.

“Anyway, I can’t wait for the next round, we’ll get it fixed and get back out there.”

Privateer Zac Soutar was quickest in practice in a Honda Civic Type R.

Qualifying for the Supercheap Auto TCR Australia field gets underway tomorrow from 14:20 local time/AEDT, and will be streamed live on Stan Sport.