Garland in doubt for TCR Round 1 after Practice 1 crash

Garland in doubt for TCR Round 1 after Practice 1 crash 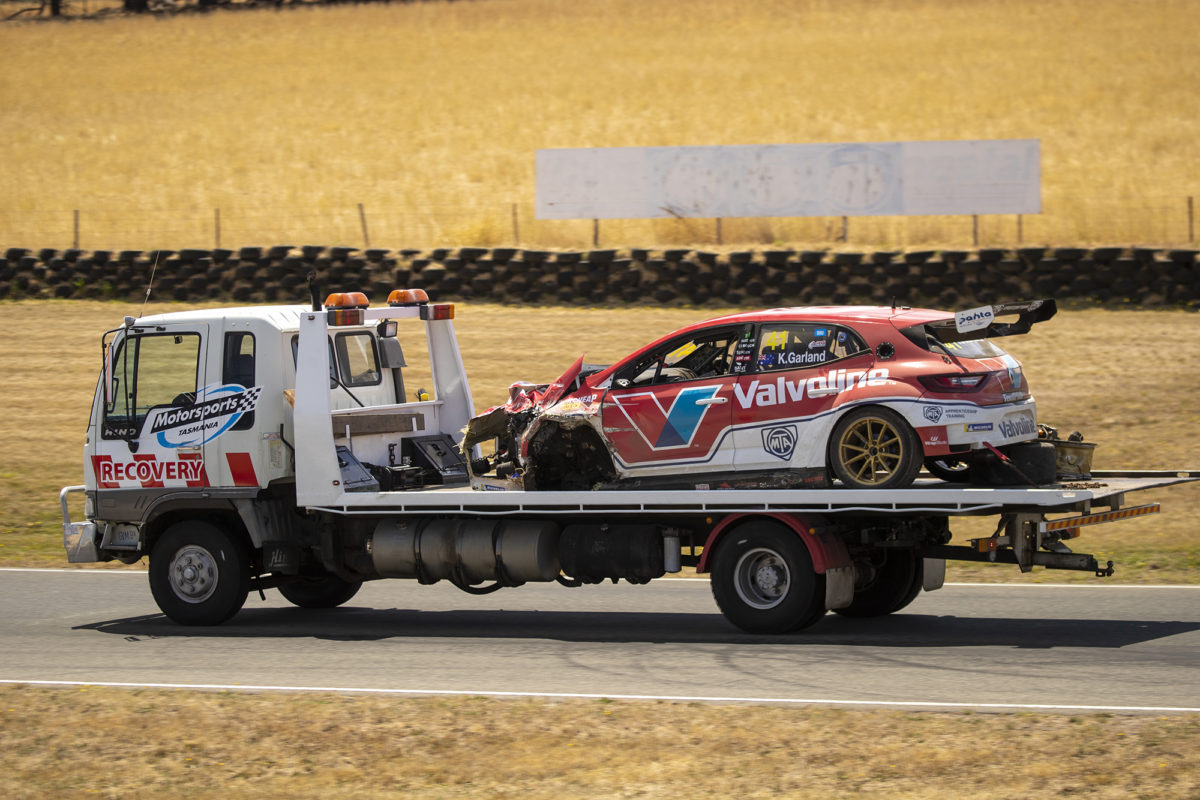 Supercheap Auto TCR Australia Series debutant Kody Garland is in doubt for the rest of Round 1 after crashing early in Practice 1 at Symmons Plains.

Garland triggered a red flag less than four minutes into the first session of the year when he went off the back sweeper in his Renault Megane RS, after contact with a barrier.

GRM is assessing the damage before it makes a decision about whether or not the #41 entry continues at AWC Race Tasmania.

“Not what we wanted at all,” said Garland.

“I’m devastated for the team; they’ve put on such a great and for something like that to happen it’s not what we want.

“It was just a mistake on my part, I made contact with the wall and was a passenger from there.

“I’m pretty upset with myself on that one.

“It doesn’t look good right now, but we’ll see what we can work out.”

Will Brown went fastest in a Melbourne Performance Centre Audi RS 3, with Practice 2 due at 14:15 local time/AEDT.

Tomorrow’s action will be streamed live on Stan Sport.

UPDATE: Garland is out of the event