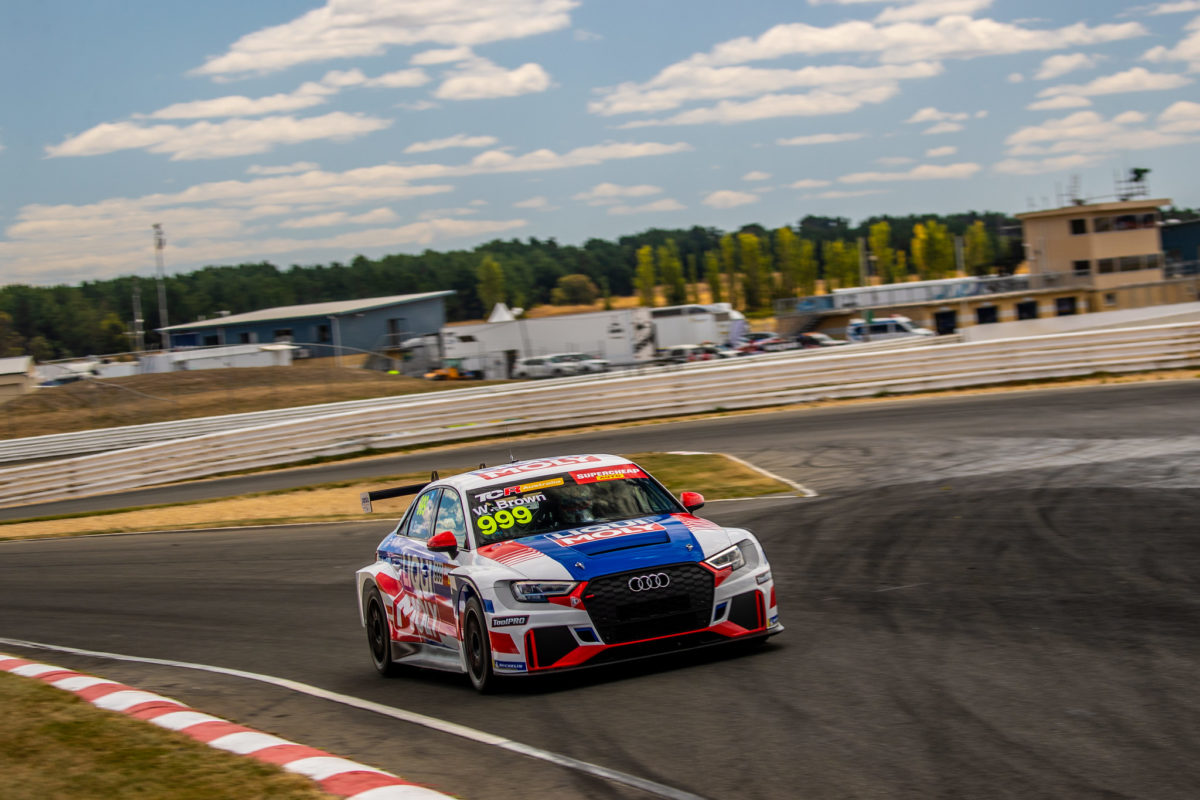 Inaugural Supercheap Auto TCR Australia Series winner Will Brown has gone fastest in Practice 1 for Round 1 of the 2022 campaign at Symmons Plains.

Brown makes his return this year in a Melbourne Performance Centre Audi RS 3 after taking the 2019 title in an HMO Customer Racing Hyundai i30 N, and wasted little time in getting back on the pace.

His 0:55.7197s with just over five minutes remaining in the half-hour hit-out left him 0.0962s ahead of privateer Audi driver Liam McAdam all told, with James Moffat third-quickest in a Garry Rogers Motorsport Renault Megane RS.

McAdam advanced from sixth in the final three minutes to take second with a 0:55.8159s, bumping Moffat back to third moments after he had jumped from outside the top 10 with a 0:55.9411s.

Brown had been embroiled in a brief, three-way battle with team-mate Jay Hanson and Ashley Seward Motorsport’s Michael Caruso for opening practice honours.

Hanson, who is giving the new-generation RS 3 its global debut outside of WTCR – World Touring Car Cup, was fastest after the first flyers and ultimately took fourth on a 0:55.9584s.

Caruso set the fastest first sector on his final lap in the #10 Alfa Romeo Giulietta but could not make any gain on his earlier 0:55.9826s when he reached the chequered flag.

That kept him fifth, ahead of Nathan Morcom (Hyundai), Tony D’Alberto (Honda Civic Type R), Bailey Sweeny (Hynudai), Jordan Cox (Peugeot), and Aaron Cameron (Peugeot), the latter of whom broke an arm only weeks ago.

Debutant Fabian Coulthard was at one point quickest, just after an early red flag, but ended up 13th on the timesheet with a 0:56.4189s in the #24 Wall Racing Honda.

Said red flag was called in the fourth minute and lasted more than 13 minutes, with timing suggesting an issue for Garry Rogers Motorsport’s Kody Garland (Renault) was the cause.

UPDATE: Garland entry in doubt for the rest of Round 1 after crashing

Practice 2, another half-hour hit-out, starts at 14:15 local time/AEDT, while tomorrow’s action will be streamed live on Stan Sport.