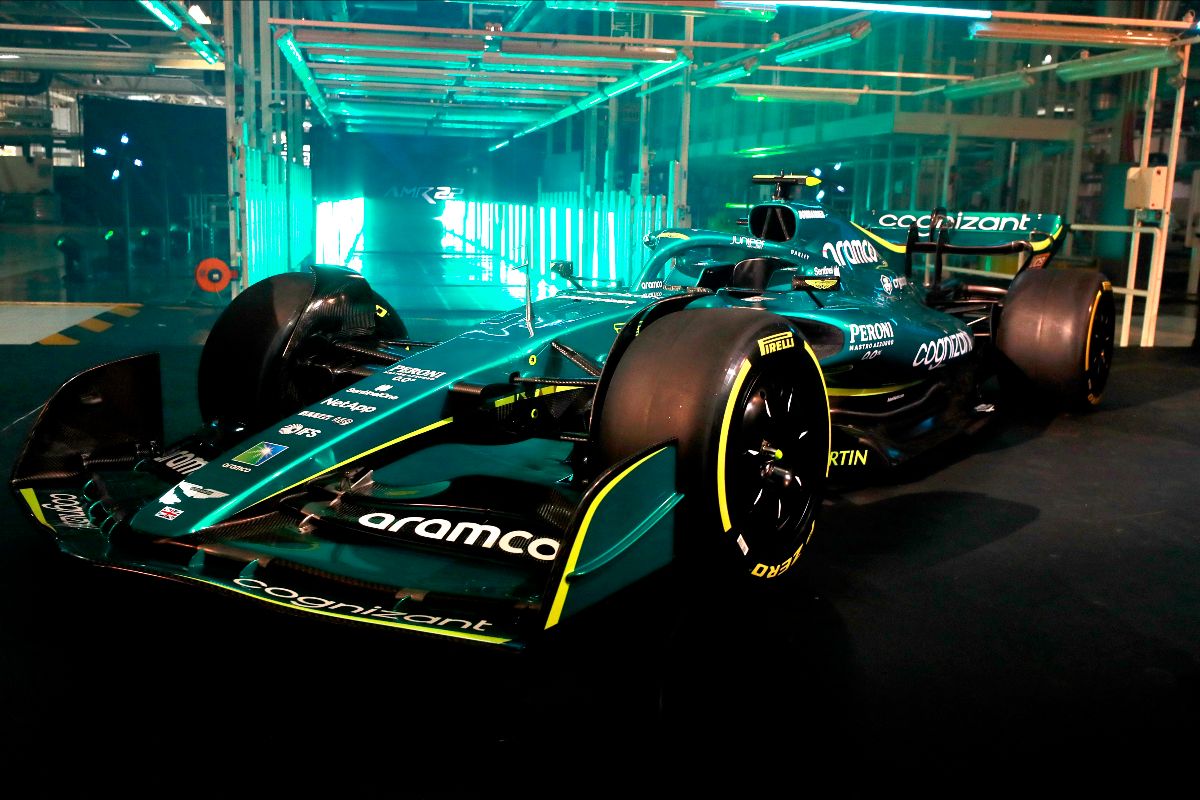 The AMR22 was unveiled at an event at the Aston Martin Lagonda headquarters in Gaydon.

It marked the first true representation of F1’s new look after Haas revealed renderings of its car, and Red Bull what amounted to a show car.

“The 2022 regulations are like no other that have gone before: a radical change of direction in both concept and application, probably the most significant change of chassis regulations ever implemented, with an incredibly small amount of carry-over from 2021 into 2022,” said the team’s chief technical officer, Andrew Green.

“As a direct result of that, the past winter has undoubtedly been the toughest we have ever had. But with new regulations come new challenges and new opportunities.

“No one has all the answers to maximising the new regulations, so it is all about avoiding development cul-de-sacs, and that was the key message to our design team.

“It is a huge challenge, but everyone has risen to the task, and we are motivated to solve the many questions that have and continue to arise during the development process.

“All that while operating under the new cost cap regulations and more restrictive aerodynamic development restrictions.

“The AMR22 we see is our ‘first’ iteration under these new regulations.

“It will evolve dramatically over the coming months as we run the cars for real and begin to understand the challenges involved.

The Aston Martin brand was reintroduced to Formula 1 for the first time in six decades last season, finishing seventh in the constructors’ championship.

Sebastian Vettel scored the squad’s best result with second at the Azerbaijan Grand Prix, the four-time world champion set to embark on his second year with the Silverstone-based operation this year.

He’ll be joined by Lance Stroll, who first joined the team under its Racing Point guise in 2019.

While the driving ranks remain unchanged, the team parted ways with team principal Otmar Szafnauer during the off-season, replaced by Mike Krack who had headed BMW’s global motorsport operation.

A new factory is also under construction at the team’s Silverstone base, which is set to come online ahead of the 2023 season.

The first of two pre-season tests gets underway on February 23 in Spain.