Aprilia Racing has revealed the livery for its first campaign as a full-fledged factory team in the MotoGP era.

The Noale manufacturer has brought its MotoGP effort inhouse for 2022 after seven years competing in partnership with Gresini Racing, which is now a satellite Ducati team.

Maverick Viñales and Aleix Espargaro remain with Aprilia, however, and the look of the RS-GP which they will ride has now been unveiled.

That livery is somewhat similar to the 2021 version, being predominantly black with flashes of red, but far less green than before.

Espargaro and Viñales ran with test liveries recently at Sepang, where the former was quickest on Day 1 and second on Day 2 of the Official Test.

They also rode in the Shakedown Test days earlier at the Malaysian circuit, given Aprilia remains the only concession manufacturer in MotoGP.

That was also the case last year, which granted full development privileges for the RS-GP whereas rivals were especially limited due to the COVID freeze.

Espargaro took Aprilia’s first podium of the MotoGP era in the British Grand Prix at Silverstone, while Viñales had a best finish of eighth in his five races with what was then ‘Aprilia Racing Team Gresini’. 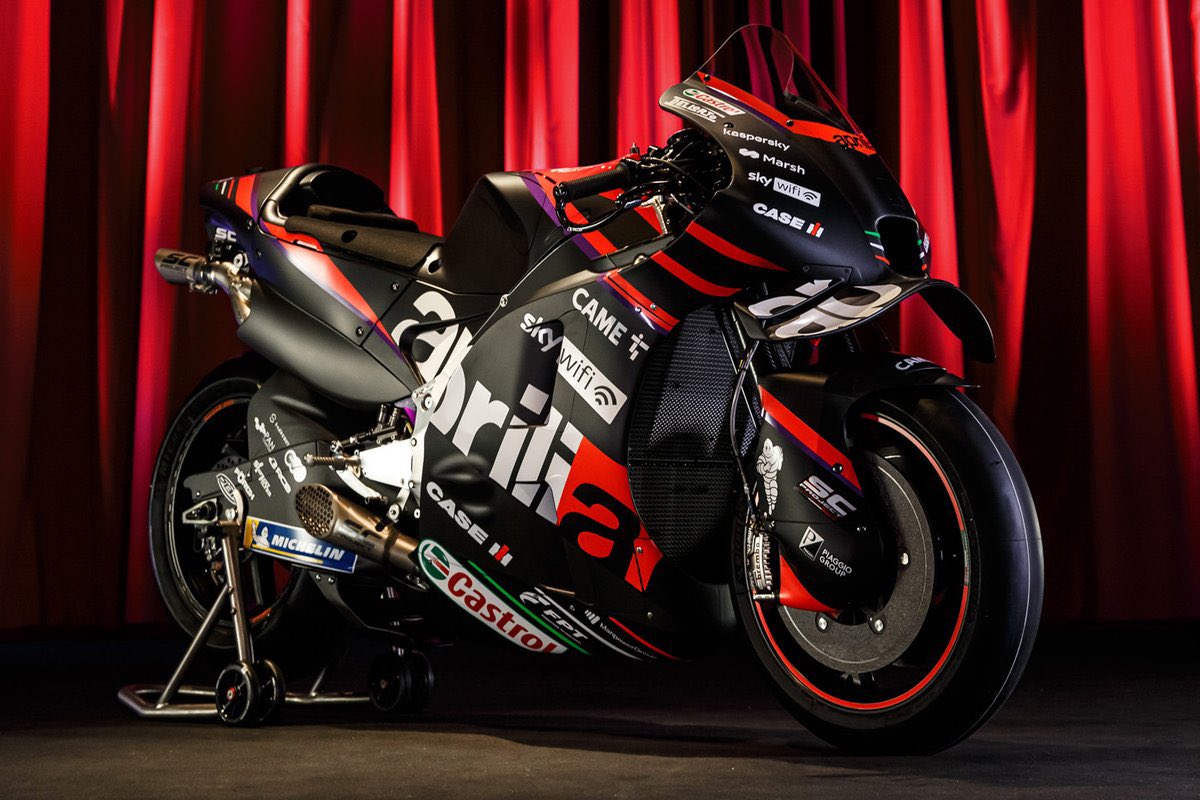 The latter made an earlier than expected switch from Yamaha after the dramatic falling out over the Red Bull Ring episode when he apparently deliberately attempted to damage his engine.

Viñales took the seat of Lorenzo Savadori, who has stayed on as a test rider.

“The ’21 season was a good one, but we need to forget about it straight away and look forward,” said Aprilia Racing CEO Massimo Rivola.

“In my opinion, the 2022 RS-GP will be the most beautiful bike on the grid and I hope that it will also be one of the fastest.

“I think we have done some significant work, certain of the direction we have taken.

“We have three top-level riders: the ‘team captain’ Aleix and a great champion like Maverick who we are getting to know better and better every day.

“Lorenzo will be our test rider. In spite of a season conditioned by injuries, he demonstrated significant growth and he will be a big help in developing the project.” 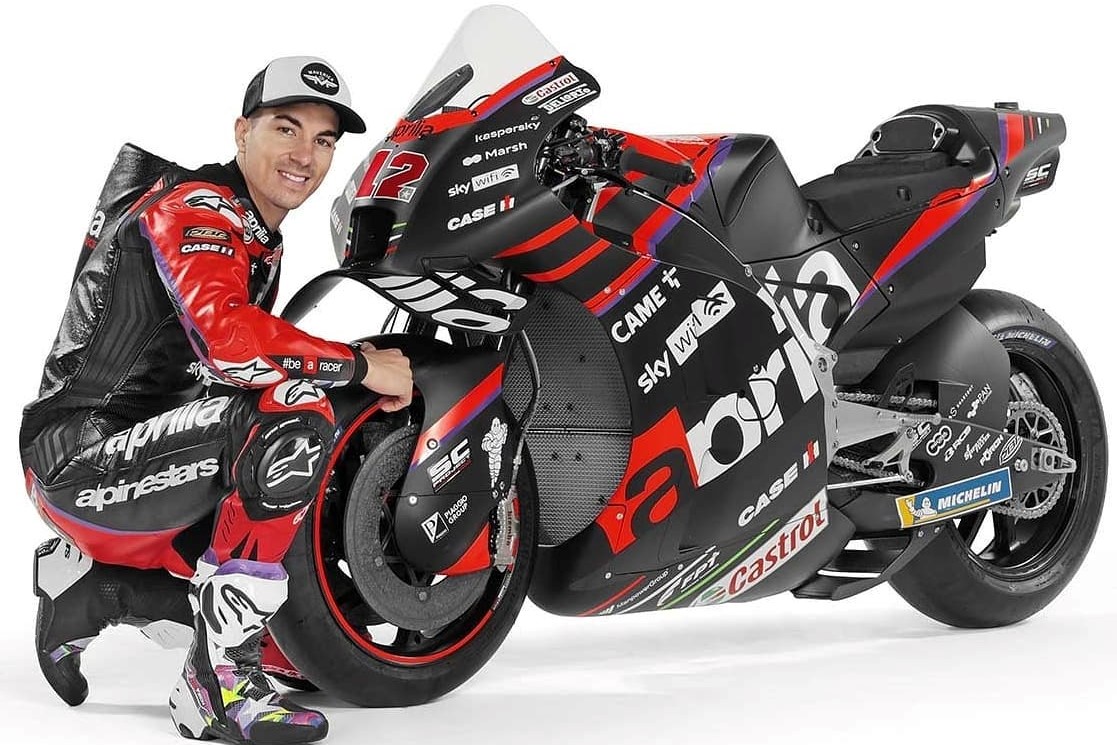