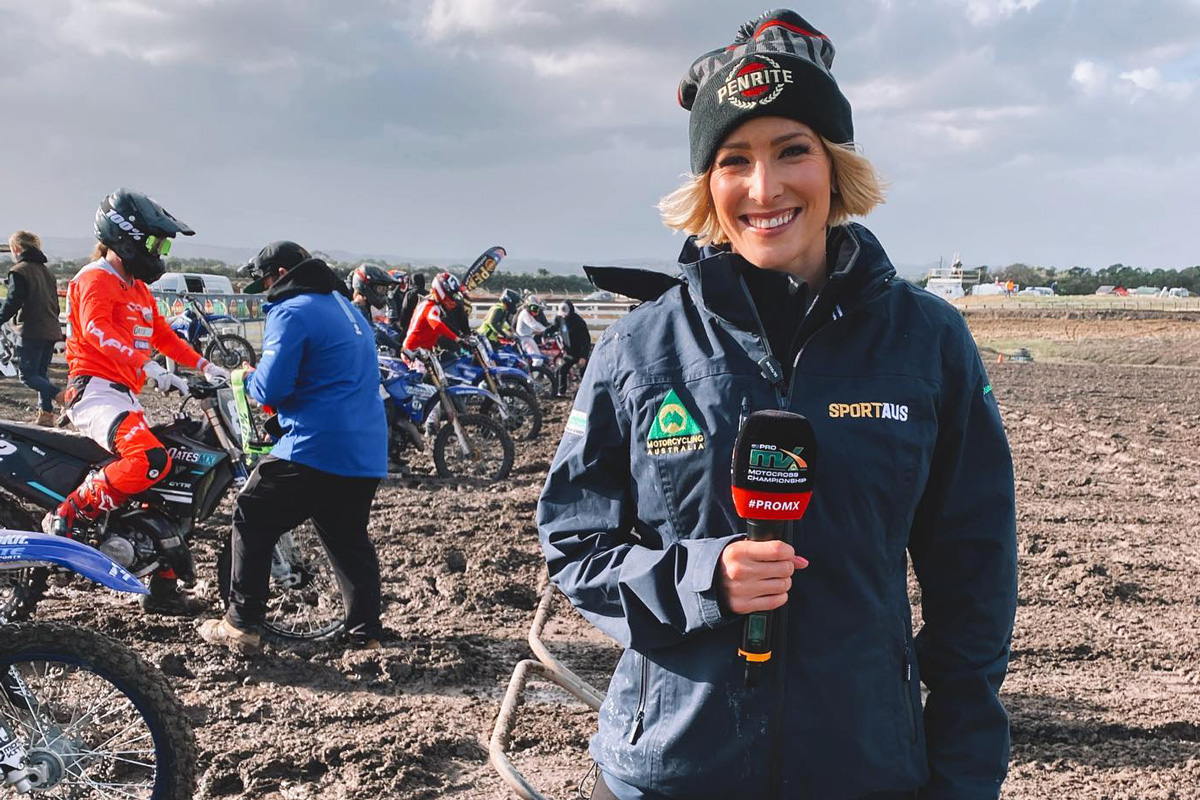 Riana Crehan is firming to return to the Repco Supercars Championship scene this year with the Seven Network, Speedcafe.com has learnt.

Crehan, an experienced motorsport presenter and the wife of Shell V-Power Racing Team driver Will Davison, was one of two high-profile axings from Supercars’ broadcast team in the 2020/21 off-season.

While Mark Larkham was reinstated in time for the 2021 championship, Crehan was not. She instead operated with the Australian Superbike Championship, among other appearances.

Seven is yet to formally announce its 2022 motorsport broadcast team in the wake of Stan Sport/Nine’s emergence in the arena.

As Supercars’ free-to-air partner until at least the end of 2025, Seven will display six events live and free this season.

At this stage, those events are slated to be the Sydney Motorsport Park season-opener, Newcastle, Townsville, Sandown, the Bathurst 1000, and Gold Coast.

All but White and Caruso had appeared on Seven’s ARG coverage last year for categories including Supercheap Auto TCR Australia and the S5000 Australian Drivers’ Championship.

If a deal can be struck with Crehan, it’s believed she would join the likes of Mark Beretta, Abbey Gelmi and Jack Perkins on Seven’s team.

Crehan is already aligned to the Seven Network this year, given she will appear on popular reality programme SAS Australia, which launches on February 21.