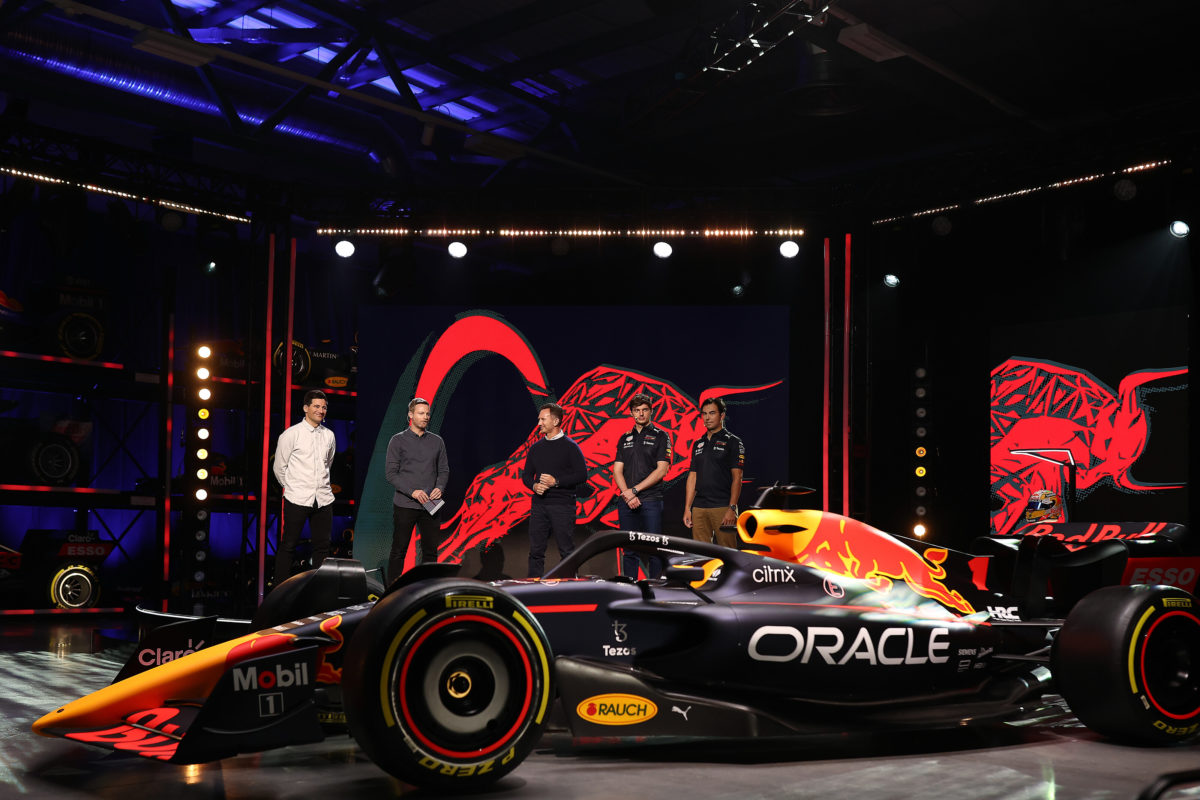 The car was revealed as part of a video launch from the team which will sport world champion Max Verstappen and Sergio Perez in the coming season.

“I’m feeling recharged and ready to get driving again, I feel good and it’s important that you prepare yourself in the best way possible physically, particularly when things are changing with the shakeup in regulations,” said Verstappen.

“In terms of the car, we don’t know what to fully expect so I’m excited to see how the car behaves on the track for the first time.

“The biggest adaptation this season will be the new regulations, we’ll need some time to get used to the car, it is not like you just jump in and it’s an upgrade from last year.

“The rest is pretty straightforward, I don’t feel any extra pressure this season, I will just do what I do all the time because I don’t think there is any reason to be different.

“Now I just I can’t wait for that first moment when I drive out of the pitlane in the RB18.”

Perez is set to embark on his second F1 season with Red Bull with one race win with the squad to his name in 2021.

He also played a key role in Verstappen’s world championship bid, notably at the Abu Dhabi Grand Prix where he defended valiantly against Lewis Hamilton.

“I am so excited to start the new season and I cannot wait to be on track with the new RB18,” said the Mexican.

“All of us on the grid are starting from zero this season so it is set to be an exciting year.

“Last year, we gave it our all until the very last lap and we are ready to do the same in 2022.

“The new regulations are said to improve the competition on track, so I hope that for us as drivers we can compete more, race more and follow each other more closely.

“There will be a lot of things we need to learn and adapt to but these new regulations are set to make everything very interesting.

“One thing I can’t wait for this season is to see more fans back at the track, Formula One is growing so much all over the world so I can’t wait to feel that atmosphere again.

“I hope that we can give the fans great entertainment and great racing.”

Christian Horner joined the pair during the launch, confirming the team’s new title sponsor, Oracle, and previewing the coming season.

“With the new regulation changes this year, the whole philosophy has altered, which means every single component is different to last year’s car,” he said.

“It’s a clean sheet of paper for every single team.

“By the time we get to the first race, the RB18 won’t look much like it looks today, the evolution will be very quick as we progress through the season.

“It is a steep learning curve for everyone and it is a contest in development between the first and the last race.

“We believe we have a good car for 2022, the RB18 is coming to life and seeing it today is fantastic.

“It has been a huge effort from the team and I am looking forward to seeing it out on the track now.

“We plan to build on 2021, we have number one on the car this year and now the challenge is it keep it and defend that title with Max.

“The excitement and hard work of 2021 really galvanised the team and it means we go into 2022 in great shape for the season ahead.”

With the RB18 now unveiled Red Bull will turn its attention to the first pre-season test, beginning in Spain on February 23.