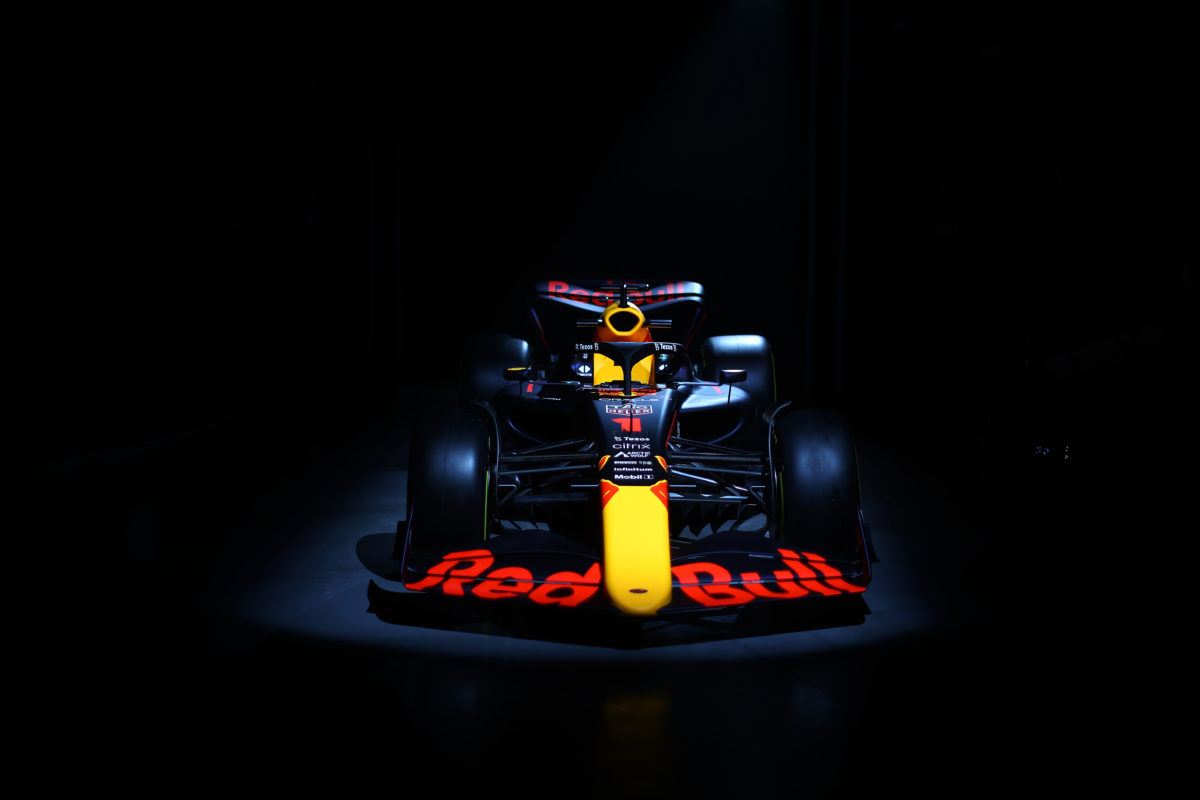 It sported the lower, longer nose and simplified front and rear wings as featured on F1’s show car which was released over the British Grand Prix weekend last year.

Indeed, much of the car appeared similar, including key performance areas, indicating the car presented is some way from the version that will ultimately hit the track in Barcelona later this month.

The new look for cars is the result in a philosophical change in the sports rules, with Newey claiming it’s the biggest rule change in four decades.

“It’s a huge regulation change, biggest one we’ve had since 1983 when the venturi cars were banned and flat bottoms cars introduced.

“So the aerodynamic changes, which lead as a representation to this, are designed to help overtaking.

“The theory is that if you create a shape where, as the downforce is produced, that always produces upwash at the back of the car, so you get this kind of rooster tail coming up at the back.

“If that then back-fills and side-fills from underneath then the wake from the car goes above the car that’s following, so therefore the car behind keeps its downforce much better.”

The squad’s technical director, Pierre Wache, added: “What they wanted to do is clearly generate downforce from the ground, compared to before was generated by the ground but also mainly by the front wing, rear wing, and bodywork.

“You will affect for sure the ride of the cars and mechanical grip, and for sure the drag of the car because this generation of downforce is quite efficient, then this type of car should be a lot quicker on the straights.”

Along with the simplified wings has been a move to a low nose design across the board, and the introduction of notably bigger 18-inch wheels.

“The nose box is certainly longer, so wherever you put your split for frontal chassis into the structure at the front, that structure has got a lot longer – the overhang is greater,” explained Paul Monaghan, Red Bull’s chief engineer.

“The thinking is road relevance,” he added of the larger wheels.

“[The] majority of road cars now have relatively big wheels, but they also come with pretty low profile tyres.

“We’ve come up on the wheel size to 18 inches, as a line in the sand. It’s suddenly put a bit of weight onto the car.

“The tyre is bigger overall, so it has a fairly significant aerodynamic effect, and then you’ve got the characteristics of the big tyre to try and understand as well.”

The Red Bull RB18 is slated to hit the track in Barcelona for the opening pre-season test on February 23.