Remy Gardner says he wants to try his new KTM MotoGP ride without traction control, once he is over his fractured wrist.

The 2021 Moto2 world champion has now had four tests totalling eight days on the RC16 ahead of his rookie season in the premier class with Tech3 KTM Factory Racing.

It was after last November’s post-season test at Jerez that Gardner explained he was “feeling a bit too much electronics” on the MotoGP bike and thus could not get the rear end to slide to his liking.

He gradually dialled down the electronics during last weekend’s Sepang test and, according to KTM test rider Dani Pedrosa, could be able to turn them off.

That would then see Gardner attempting to emulate the famous style of another championship-winning Australian.

“The plan [was to start the test without electronics] but we started with them but every time we were going less and less,” explained the 23-year-old.

“I still want to try the bike, when I’m fit, without traction control.

“I spoke to Dani about it and he said it’s possible, it’s no drama, you just have to be very careful with the gas.

“He said if you like sliding and turning with the rear like Casey [Stoner], it can work. It is something interesting for the future.

“In the end, if you open up the gas enough even with the electronics, then it will spin. It’s the point of finding that grip and spin to go forward.

“Also, if the bike is not turning with the front then you can turn it with the rear and I have a bit more control with that.

“It’s something to look at in the future but not just yet. I haven’t tried it yet with the big bike [MotoGP] and there is definitely some more physical exertion with these compared to Moto2.

“It will be good when I am fully fit and ready to go.”

Gardner also makes it to be important to not rely on electronics as a means of curing every ill which a bike may exhibit. 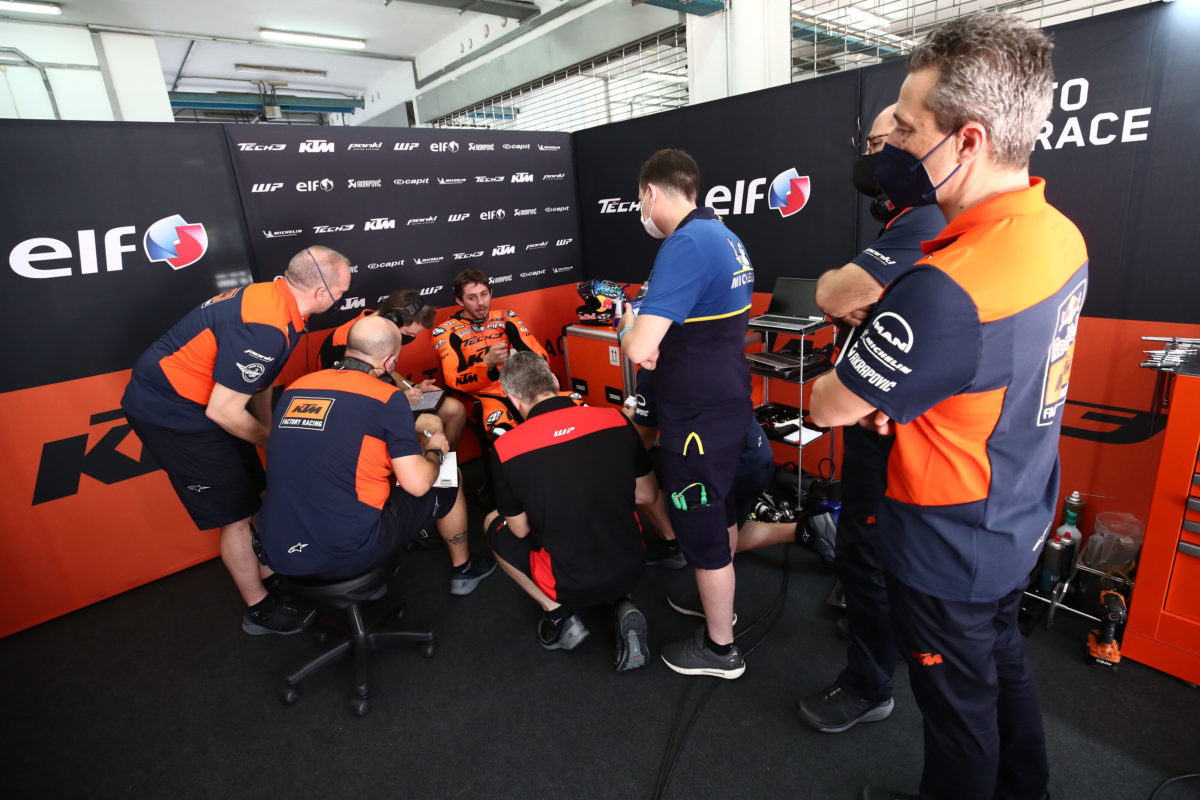 “You still need to ride the bike and it’s f**king hard; you need to keep on it,” he added.

“For sure there are a lot of controls and I think it is important not to get caught in this loop of ‘I have a problem, let’s put some electronics on it.’

“I think it’s important to fix these issues with the bike and not throw electronics and let it sort it out.

“For sure we still need them, to help physically and keep a consistent lap time and to keep the bikes under control but every time we ride – from Misano [first time on a MotoGP bike] to Jerez to here [Sepang] – we have made big steps.

“The electronics are still going to be necessary at some points, especially with wheelie control.”

Gardner cracked his right wrist in a motocross training incident in mid-January and had to manage the pain during five days of riding at Sepang, including the three-day Shakedown Test which he was eligible for as a rookie.

He admitted after those tests that it was a “miracle” he participated, and that he is “missing the aggression at the moment” due to being in something of a preservation mode.

The timesheets show that the second-generation rider was 23rd-quickest at Sepang, 1.217s off the blistering pace set by Enea Bastianini on a year-old Ducati.

He was also nearly two tenths behind Tech3 team-mate and fellow rookie Raul Fernandez, but just over six tenths away from top KTM rider Miguel Oliveira.

“Just little bits here and there and if I was fit, then another step closer. Some things I am even doing better.

“There is definitely a lot of information you can use to help you.”