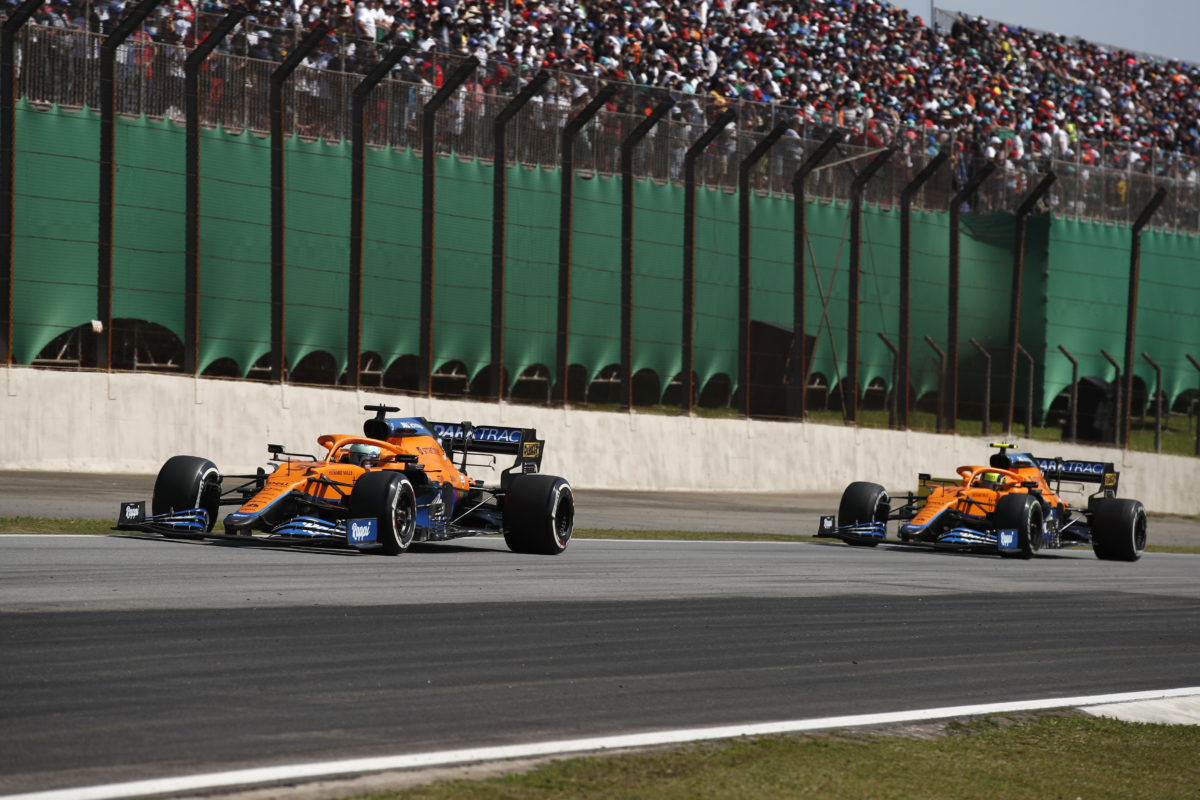 Consistency and continuity in its driver line-up is a key factor for McLaren as the squad locks down its medium-term Formula 1 future.

Last season Ricciardo claimed McLaren’s first race win since Jenson Button in 2012, while the team finished a combative fourth in the constructors’ championship.

“Key for us here, after creating stability over the last couple of years within the team, is now continuity and consistency,” explained team boss Andreas Seidl.

“Not just on the driver line-up side, but throughout the entire team.

“[It] is a great sign of belief of everyone who is involved in that journey, the entire team, that we have everything in place, or everything is coming into place over the next couple of years, which we need in order to get this team back to the front end of Formula 1.”

Missing from the announcements was any new commitment with Ricciardo, who joined the team on a three-year deal at the start of 2021.

“We obviously want to have the best guys, the best driver line-up in the paddock, and I’m convinced with Lando and Daniel that we have one of the best line-ups in place here at McLaren, which will help us making the next steps as a team,” Seidl said when asked by Speedcafe.com about Ricciardo’s situation.

“On Daniel’s side, we still have a contract in place for two more years, plus options then on both sides, which puts us in a very good position as well.”

An unchanged driver pairing for at least the next two seasons bolsters a stable management structure at a time when the sport enters a new regulatory era.

There are also significant infrastructure projects underway, namely a new wind tunnel and simulator, which will come online for 2023.

“We know that despite the good steps we made in previous years, we still have big next steps to make,” Seidl noted.

“And we also know that after all the organisational changes we did here at McLaren, the cultural changes, plus the plan we have in place on the infrastructure side, we simply need more time in order to keep growing as a team and in order to finish these infrastructure projects and actually benefit from them.

“In order to achieve these ambitious targets we are having, getting back to a position that we fight for race wins every race weekend, having Lando with us and having this consistency and continuity also in the driver line-up will be an absolute key.

“Therefore it was very important for us to lock in Lando with us to the end of ’25.”

McLaren will unveil its 2022 car on Friday evening (local time).