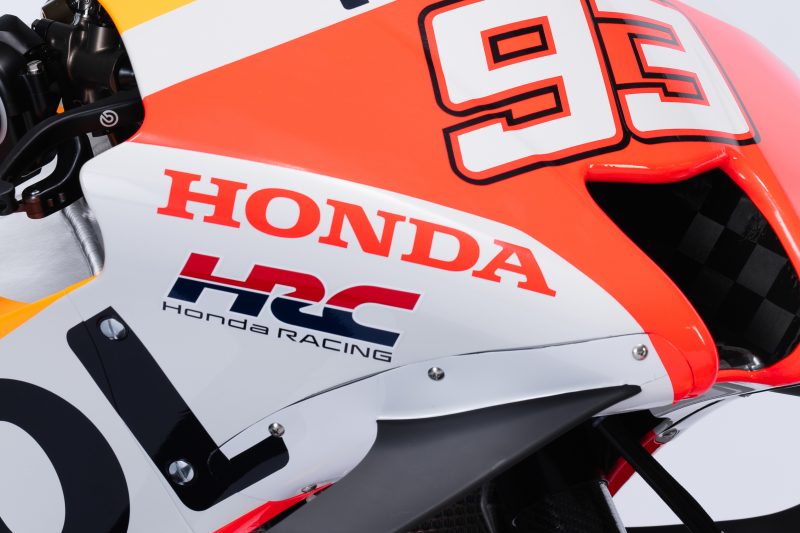 The Repsol Honda Team has unveiled a revised livery with its 2022 MotoGP season launch.

The factory Honda squad opted to hold its launch after last weekend’s first Official Test of the year, which unfolded at Sepang.

There, the 2021 RC213V carried the corresponding livery, while the 2022 version ridden by Marc Marquez and Pol Espargaro was cloaked in carbon black.

Now the new bike has been shown off in its race warpaint, with otherwise subtle tweaks relative to the old paintjob accentuated by the new, taller shape of the airbox intake. 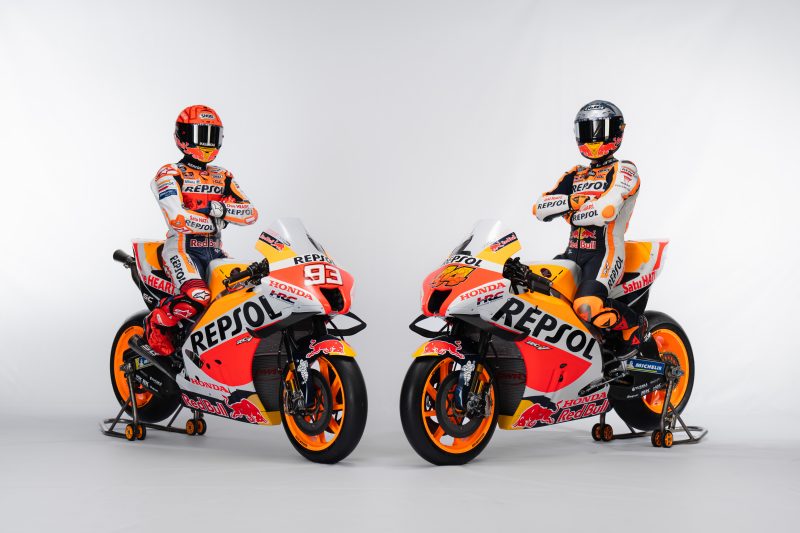 The machinery which was used for the launch, however, featured winglets which either are or bear a close resemblance to the 2021 version, rather than the multi-plane aerodynamic devices which the 2022 bikes ran with at Sepang.

Marquez was satisfied with the speed of the new Honda in Malaysia, even if he is taking some getting used to the front end.

Honda Racing Corporation director Tetsuhiro Kuwata commented upon the launch, “I think it is the biggest change we have seen during the current regulation period.

“The concept of the 2022 machine is ‘break out of our shell’ to improve the performance so the whole of the machine is completely different from the last two years. 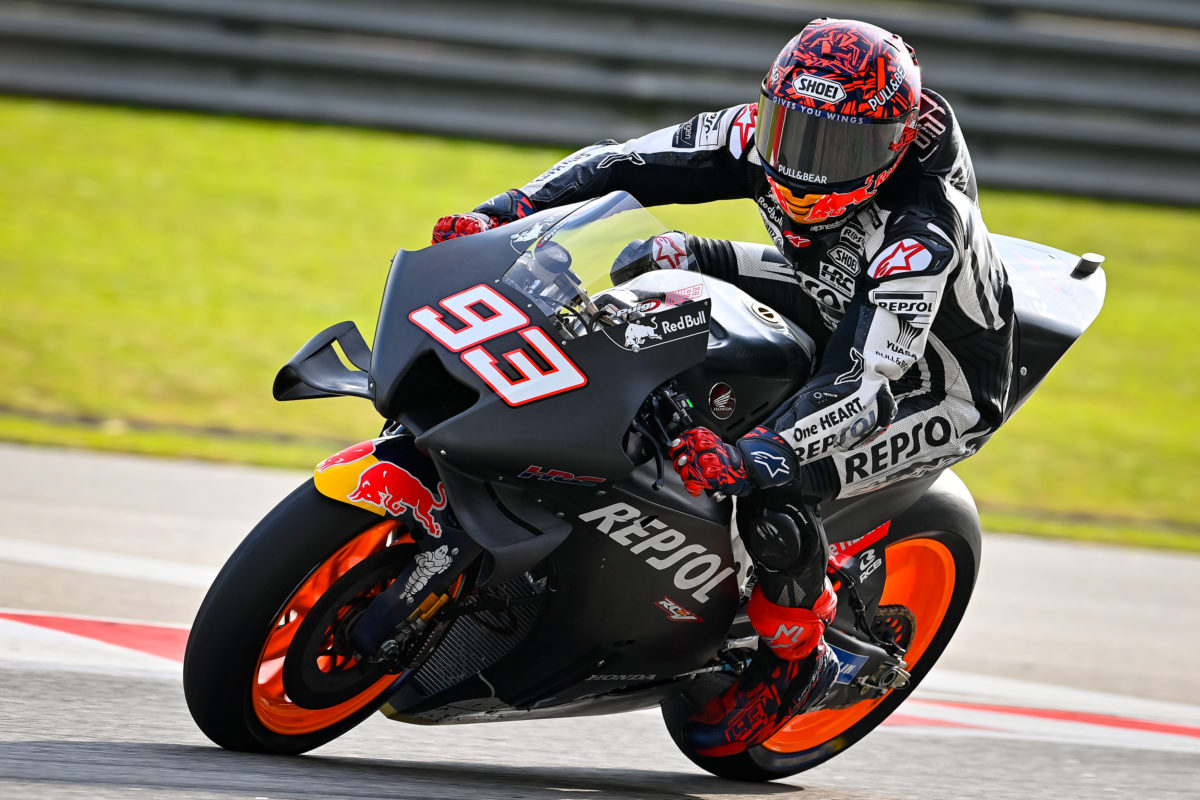 “We changed the engine, chassis, and the electronics with this concept. We already applied this new concept from the last year, and we have already checked the performance of the new machine concept and we could confirm that it works to improve our weak points.

“So, this 2022 machine has further evolutions with the same direction.

“Our target is always the same: winning the championship. But with this championship we always try to get first and second, that is our target with Honda riders.”

The second and final official pre-season test of 2022 takes place from this Friday at Indonesia’s new Mandalika International Street Circuit. 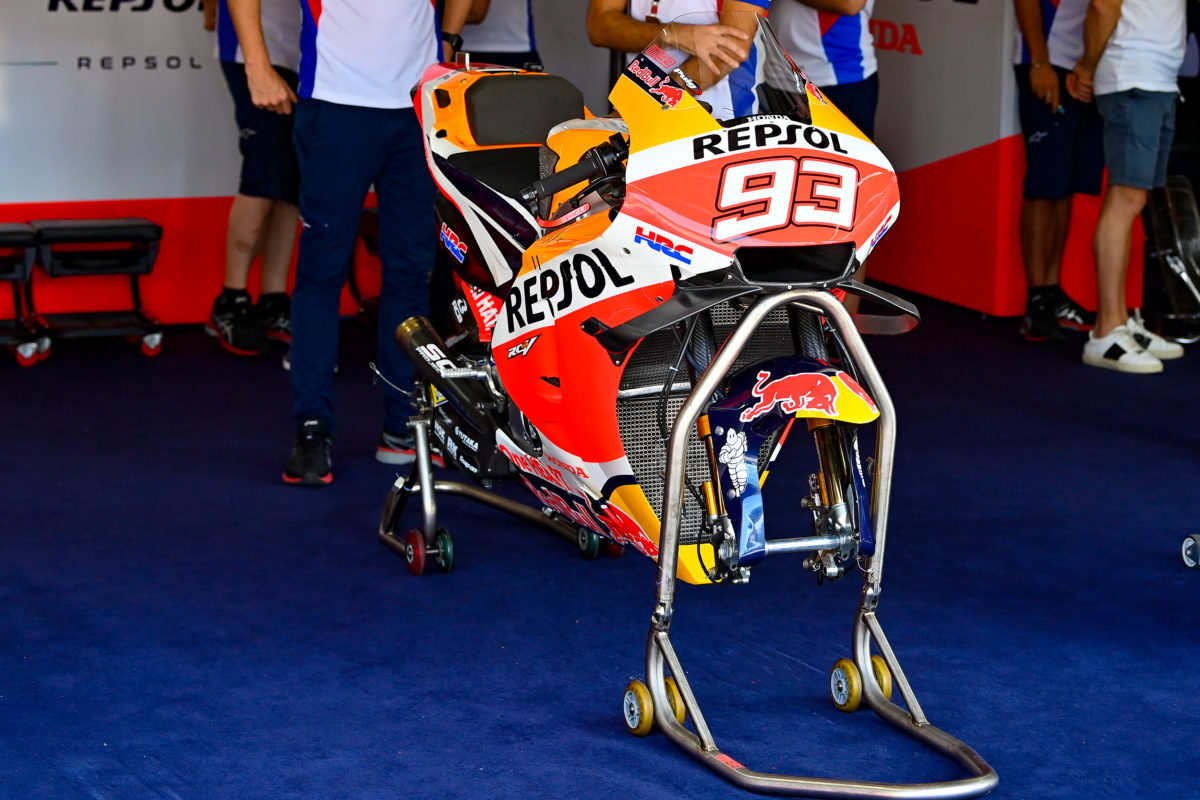 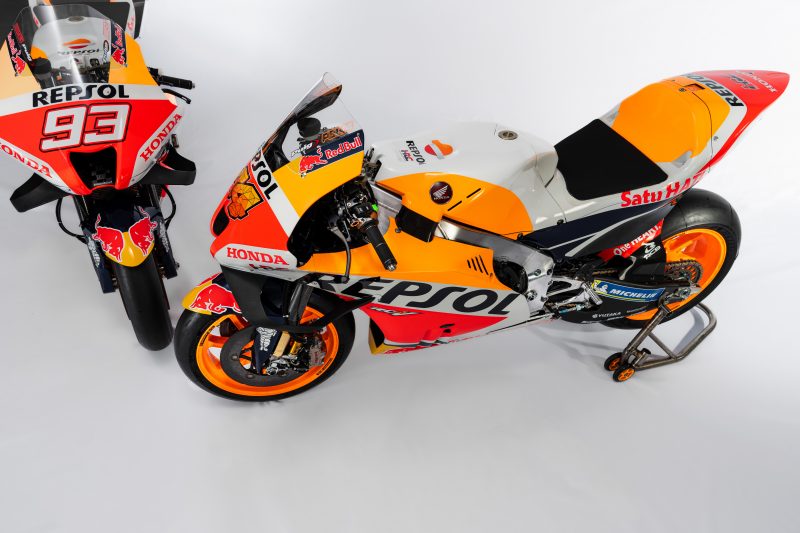 The bikes used for the season launch