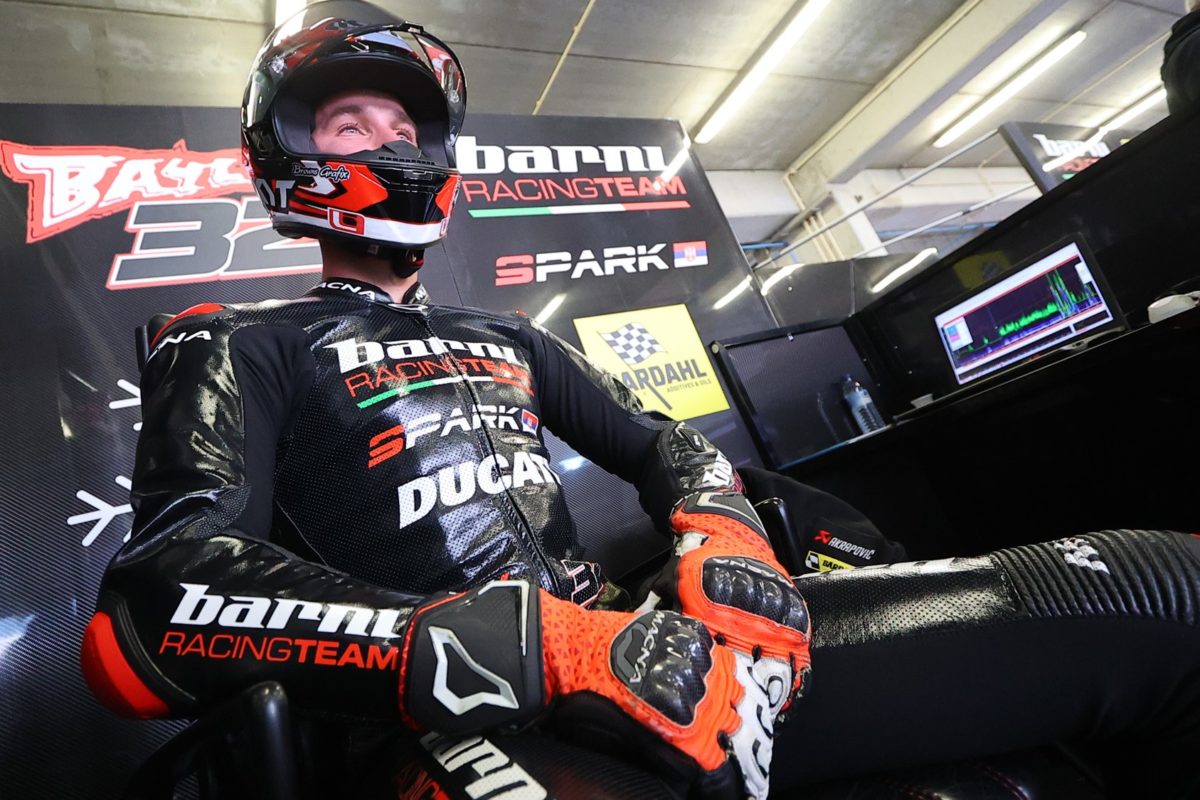 Oli Bayliss has broken his ankle in his first test with the Barni team with which he will contest his rookie Supersport World Championship season this year.

The second-generation rider was one of three WorldSSP pilots cutting laps at Portugal’s Portimao (formally known as the Autodromo International do Algarve), where much of the Superbike World Championship field was testing.

Bayliss highsided his Ducati Panigale V2 exiting Turn 5 during his first run on the opening morning of the test, after which he was taken to a nearby hospital for examination.

The crash has ruled him out of the second and final day of action at Portimao.

“Due to a crash this morning, Oliver Bayliss was brought to the hospital of Portimao, where medical scans reveal a fracture of lateral malleolus on the right ankle,” read a statement from the team.

“Oliver will try to recover for the next test scheduled for the 16th-17th March at the Misano World Circuit.”

Kawasaki’s Jonathan Rea set the pace in WorldSBK at just over a tenth of a second quicker than the man who last season ended his run of six consecutive championship titles, namely Yamaha’s Toprak Razgatlioglu.