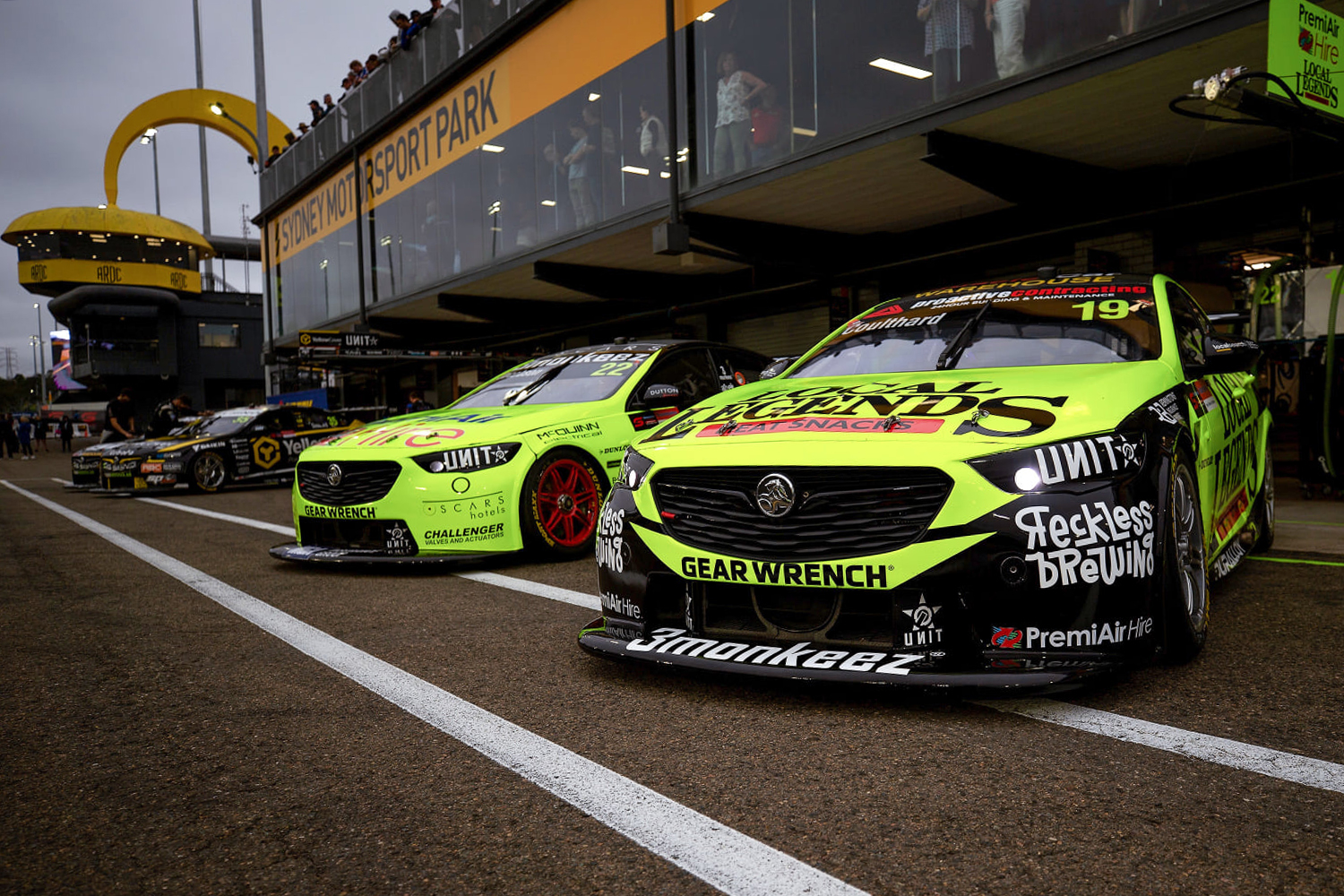 In late 2019, it was announced Tekno Autosports would relaunch as Team Sydney and move from its Queensland base to New South Wales.

With that came the arrival of Boost Mobile-backed James Courtney and Chris Pither who brought Coca-Cola sponsorship.

It was a rocky road from the outset, one of the team’s livery launches spoiled before it even began.

Courtney’s tenure was brief, lasting just the season-opening Adelaide 500 before leaving the team citing a disagreement.

That started a turbulent period for the squad, who welcomed Alex Davison with Local Legends support right at the time the COVID-19 pandemic took the world by storm.

The Jonathon Webb-owned outfit had planned to move into a semi-permanent facility at Sydney Motorsport Park at the beginning of 2020.

As part of the Australian Racing Drivers’ Club’s plans to build a Centre of Excellence, a dedicated workshop would be created for the team.

After many months of COVID-induced uncertainty, Team Sydney’s move to the circuit finally came in June, 2020. However, their time there was short-lived owing to extended spells on the road.

Instability plagued them in 2021 with new pairing Fabian Coulthard and Garry Jacobson enduring an event-by-event rotation of crew.

The team spent little time at Sydney Motorsport Park during the back half of 2021, aside from the Repco Supercars Championship’s quadruple-header at the Eastern Creek venue.

The outfit was then dissolved with the lion’s share of assets sold to PremiAir Hire owner Peter Xiberras who has started his own Brisbane-based team.

Speaking with Speedcafe.com, Matthews said he was kept out of the loop about the sale.

“As you know, there were lots of rumours going around,” he explained.

“As soon as there’s smoke, there seems to be fire, doesn’t there in most things?

“We certainly weren’t privy to any of that at all, but when it was announced it didn’t shock me at all.

“We’ve got a short-term tenant that’s looking at innovation and automated technology and they’re there for the next three months.”

In the end, it was a case of Team Sydney never really getting off the ground largely due to the COVID-19 pandemic.

“It probably is disappointing, but again, if you just have a look at the last couple of years we’ve had, we never really got to do anything with Team Sydney because of COVID,” said Matthews.

“Whilst they were supposed to be here, with all the shutdowns we really didn’t get to enact any of the plans in terms of helping them and build marketing and build a fan base or anything like that.

“Whilst there was something called Team Sydney, nothing really happened and that was through no fault of anybody. That was just the world we were living in.

“So while it’s disappointing it hasn’t happened, equally, there are plenty of opportunities out there for us right now.”

The majority of Supercars teams are based in Victoria or Queensland.

New South Wales has one Supercars team in the form of Albury-based Brad Jones Racing.

The launch of Team Sydney was part of the category’s push to grow Supercars in the state’s capital where one of the championship’s two offices is located.

While the two years of Team Sydney were ultimately unfulfilling for the Australian Racing Drivers’ Club, another Supercars team at the circuit in future isn’t out of the question.

“They’re the pinnacle of our sport in Australia,” said Matthews.

“If we could have a team based here that also works in with the aims of our innovation precinct and that is working helping to grow the sport and grow education and engineering, et cetera, then we’d be very excited and pleased to look at that.

“Historically, Supercars has been entrenched in either Victoria or Queensland, but that doesn’t mean we can’t change that. That was certainly part of the aim of Team Sydney.

“If that opportunity presents itself with somebody, we’d certainly look at it with open eyes and it’d be still worth exploring.”