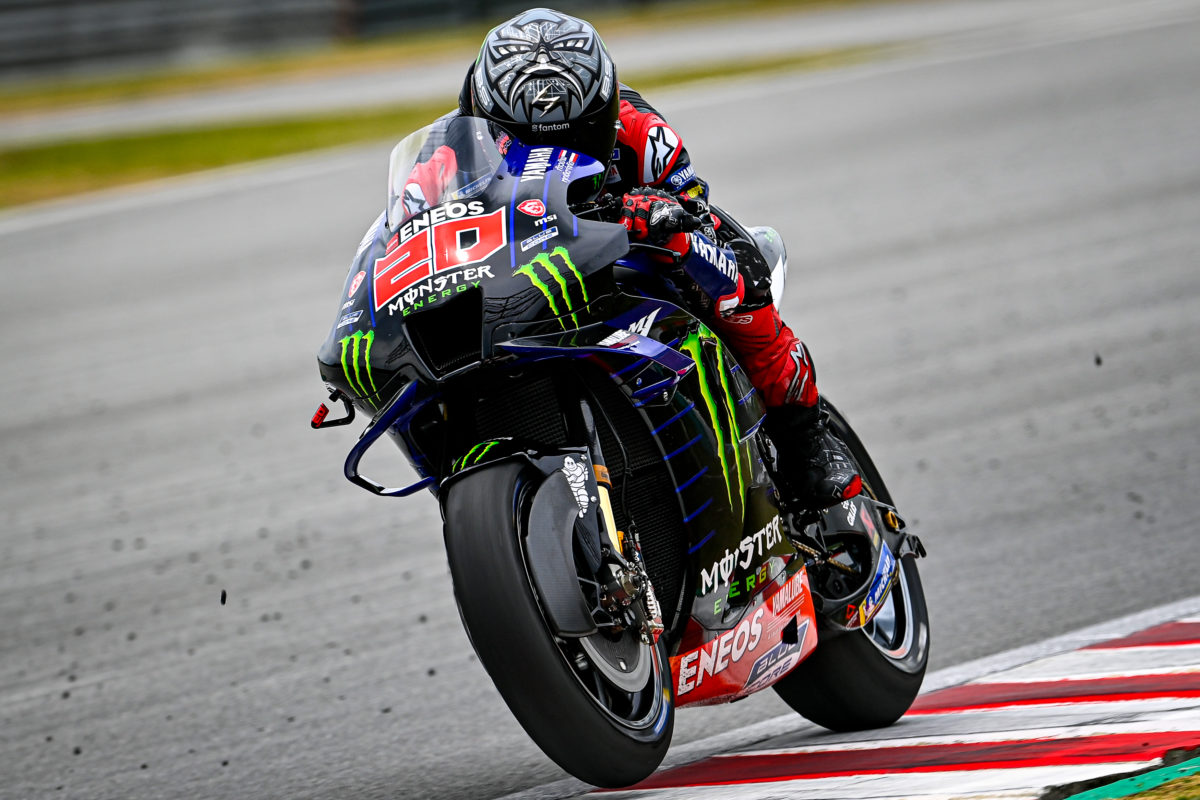 Fabio Quartararo says the 2022 Yamaha MotoGP bike performed below his expectations in the first Official Test of the year, at Sepang.

Quartararo had already been left underwhelmed by his experience of the YZR-M1 on his first day back, mainly due to its lingering power deficit.

However, he is at least motivated by the challenge of riding around the Yamaha’s weaknesses.

“I’m not happy compared to what I expected,” declared ‘El Diablo’.

“But about my feeling, my riding, what I see during this test about myself, I was happy. So, [it was] up and down.

“At the end, like I’ve said before, I think it’s important not to focus and say too much in my mind like ‘Ah, I’m disappointed, I expected much better’, so, I [don’t] feel, like lazy, depressed.

“I don’t care; I have what I have, and what I love is to put myself on the red zone.

“That’s the only thing I really want and I think we are doing it really well.”

Finishing ahead of Quartararo in Sepang were riders of Ducatis old and new, both Aprilia riders, and one of Suzuki’s. 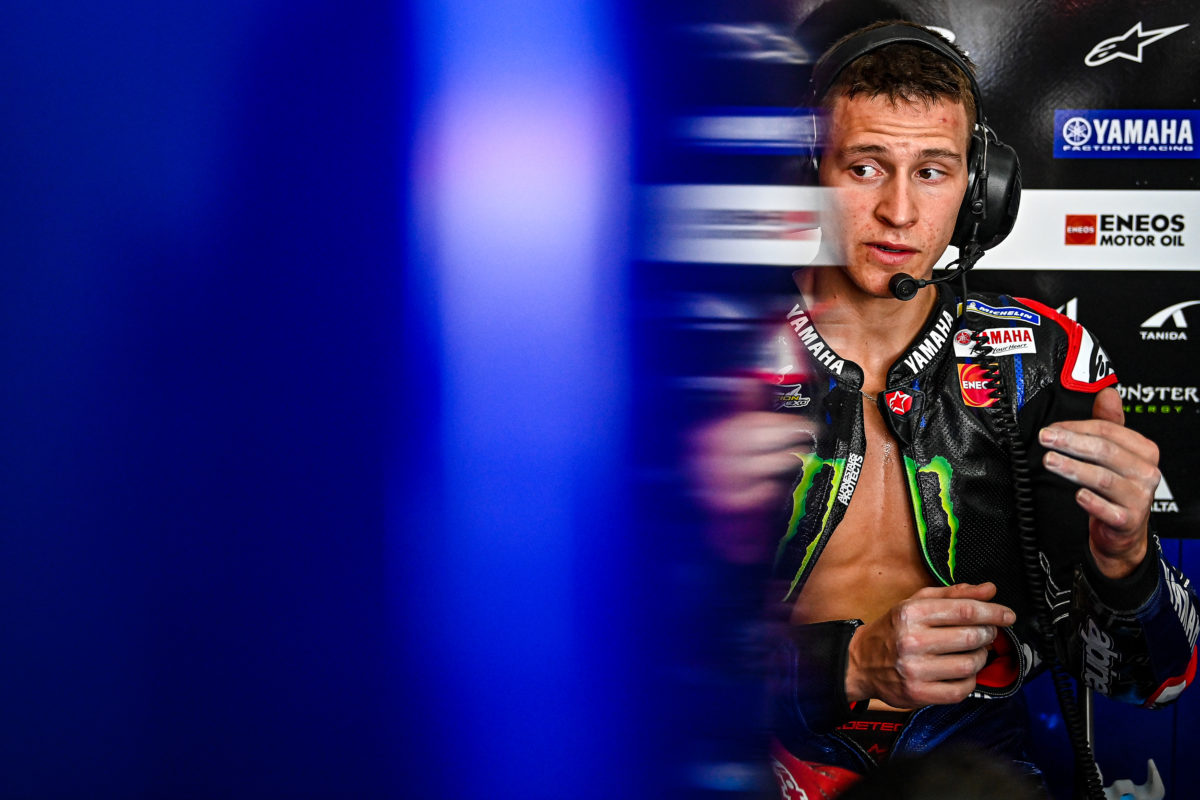 The Frenchman is concerned that “we haven’t improved anywhere near as much as they have”, with respect to rival manufacturers, and admitted there is no time to fix Yamaha’s horsepower problem before specifications are frozen from next month’s season-opener.

“No, because the area where we really need to improve there is nothing really planned for it,” he said.

“So, this is not the problem but the thing that we can really know, and even if we have it, we will not have time to test because it will not arrive for Mandalika, I will not go out in Qatar with something I don’t try and I’m not sure about.

“So, the bike we have today will be the one that we use in Qatar – or with small modifications.”

Team director Massimo Meregalli said upon Monster Energy Yamaha’s season launch that they had not attempted a “revolution” of the YZR-M1 as it was not their philosophy.

Quartararo, however, thinks they are just unable to extract more from their engine.

“I think they are looking for it, but maybe the zone of Yamaha has no more horses,” he quipped.

“But for sure they are looking to improve, I hope, but in the end, I think everybody plays a lot on the limit and some manufacturers find a little bit more, and unfortunately we don’t.

“So, I don’t think it’s an area where Yamaha doesn’t work, I think they can’t find it.”

Quartararo was the only Yamaha pilot in the top 20 at Sepang, with test rider Cal Crutchlow 21st, RNF’s Andrea Dovizioso 22nd, Franco Morbidelli 24th on another factory entry, and RNF rookie Darryn Binder 25th on an older bike.