Miller: ‘Big step’ for Ducati on Day 2 of MotoGP testing

Miller: ‘Big step’ for Ducati on Day 2 of MotoGP testing 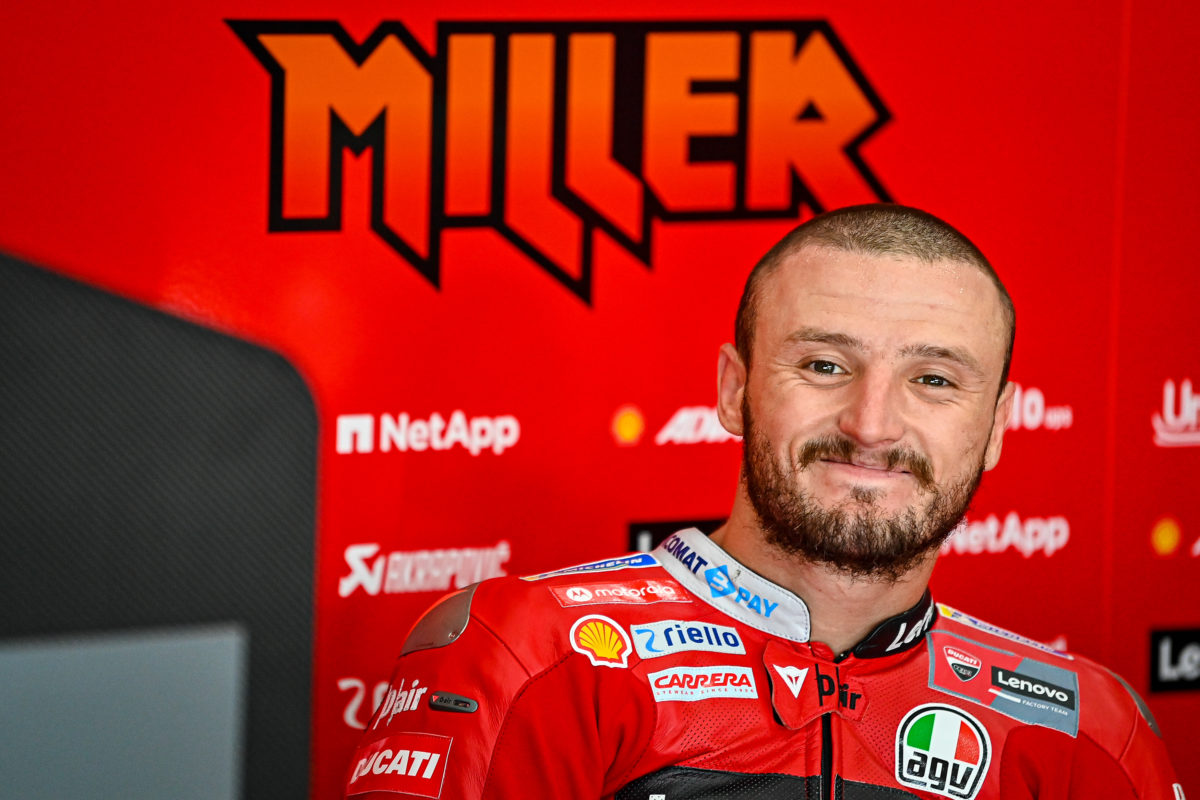 Jack Miller says that Ducati took “a big step” on the second and final day of MotoGP’s first Official Test of 2022.

While Gresini Racing’s Enea Bastianini set the pace on a year-old Ducati, two GP22-model Desmosedicis also went under the All Time Lap Record at Sepang.

Bagnaia’s factory Ducati Lenovo team-mate Miller was only 14th with a personal best time of 1:58.645s but said that the Bologna manufacturer made improvements, after a somewhat disappointing opening day.

Then, the Queenslander reported that the GP22 was worse than the GP21 but had more potential, and it seems some of that potential has already been realised.

“[I was] Working on the bike in general; it’s like that when you have new things,” said Miller of his second day back on a MotoGP bike this year.

“Already today was a big step from yesterday just from the data we gathered, and I felt a lot more comfortable on the bike today.

“Still not where we want to be, but this is testing, that’s what it’s for. So, I think it was productive.

“We missed out on the afternoon a little bit due to the rain, but all in all, it was a productive test.

Miller’s team manager Davide Tardozzi had admitted that rideability was a concern in what was “a completely new engine”, according to Ducati Corse general manager Gigi Dall’Igna.

According to Bagnaia, the electronics engineers back in Bologna will be working on new settings for this weekend’s test at Mandalika.

“Just the engineer of the electronics of the bike, for sure have to work a bit more to give what we have asked to them,” explained the 2021 championship runner-up.

“Always electronics things,” he added about the engine.

“Because, it’s normal that when you put a new engine with the electronics set up to the old bike, it’s working, but need to be improved, so that I think is what Davide was meaning.”

Bagnaia was, however, satisfied with his output on Day 2 at Sepang. 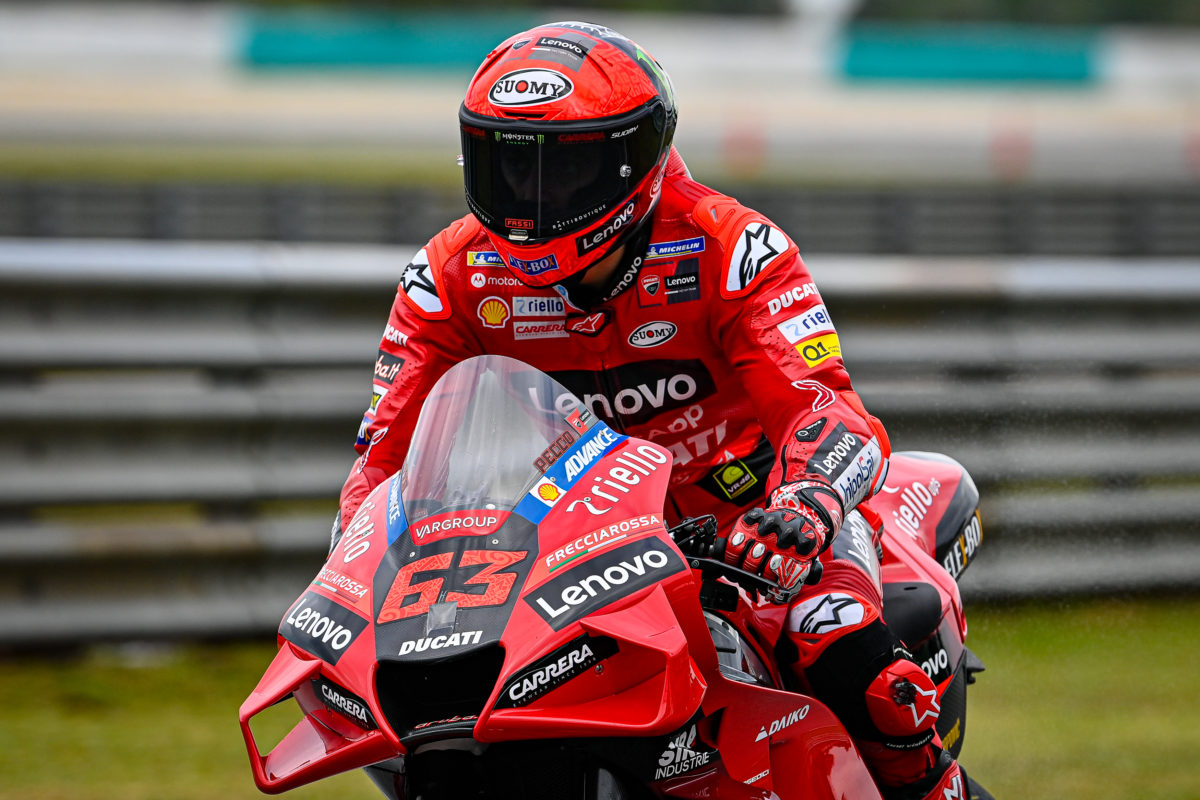 “The time attack was nothing special but considering the improvements we did today with the new bike, we can be happy, more for the pace than compared to the time attack.

“We already know that we are competitive and fast on the time attack, but with a new bike you have to concentrate more on doing laps with a lot of consistency, and today we did.

“We started with a little difference compared to yesterday [Day 1], but we did a very great step in front today that helped me a lot, so I’m very happy.

“Our bike is now very close to the fast ones, so it is great already in the second day.

“At home they are already working a lot to bring to us something good for Mandalika, and I think that there, our bike will be more competitive than here, but we have to be happy with the work done these two days.”

Bastianini’s astonishing pace on the previous-model Ducati came after his two podiums last year, as a rookie, on a GP19 out of Esponsorama Racing.

The Italian thinks he might have the better bike initially this season, but expects that the GP22 will overtake it with further development.

“For the moment, it’s not really different,” said Bastianini in comparing the GP21 and GP22.

“It’s very similar. The new bike has a new engine, but the engine of the 21 is good.

“Can be an advantage, but I think for some races [only]; the first two races.

“After, the official team works a lot; Gigi is incredible.”

The second and final Official Test of the 2022 pre-season starts this Friday at Indonesia’s new Mandalika International Street Circuit.