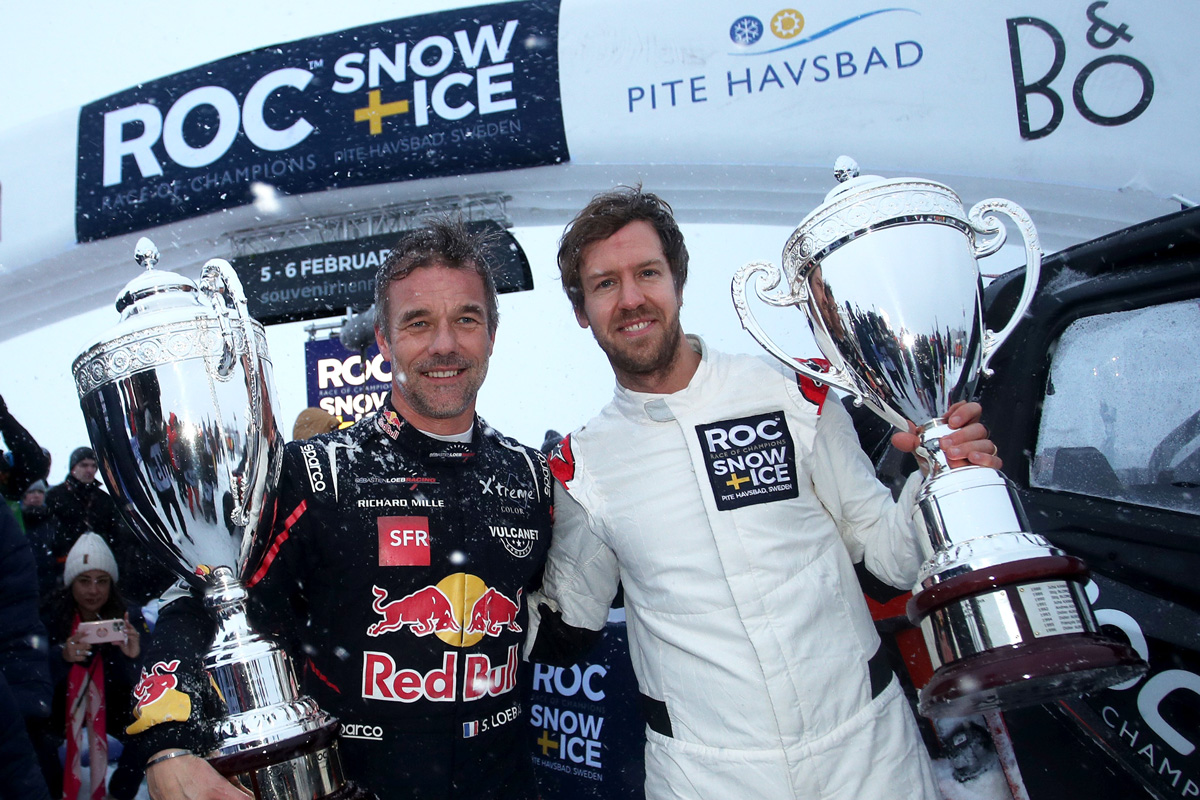 Sebastien Loeb’s big start to 2022 has hit new heights, the 47-year-old taking a record-equalling fourth triumph in the Race Of Champions.

Having last month finished runner-up in the Cars class of the Dakar Rally and then beaten nemesis Sebastien Ogier to victory in the Rallye Monte-Carlo, Loeb conquered a stacked field in the Swedish snow at Pite Havsbad.

Loeb accounted for four-time Formula 1 world champion Sebastian Vettel by three heats to one in the event’s grand final to join Didier Auriol as a four-time ROC Champion of Champions winner.

“It’s been a long time since I was last at the Race Of Champions, so I’m happy to find out that at 47 years of age I still have the pace!” said the Frenchman.

“This adds to my good start to the season: second in the Dakar Rally, first in Monte-Carlo and now a victory here at ROC.

“It wasn’t easy for us to go up against all the Swedish and Norwegian guys because they are more used to these conditions. I also knew it would be tough adapting between the Porsche, buggy and rallycross cars.

“But after I made it through against Petter Solberg I got more confidence with each run.

“It was a nice fight with Seb in the final and I had a good feeling – except for when I completely lost control of the car in the third heat! Now here we are, and it’s great to equal Didier’s record of four ROC Champion of Champions titles.”

“The conditions were tricky out there and it was getting more and more slippery, which I guess is normal for snow and ice,” said the Aston Martin F1 driver.

“I don’t have that much experience so it was a struggle to adapt; in my day job getting sideways is what we try to avoid.

“But I felt I was improving every time I drove. That’s a good sign, but also a sign that I still have a lot to learn. Yesterday was a short day because I let Team Germany down and we went out very quickly, but today I could get more into the groove.

“I knew the final was a big stretch and I maybe pushed too hard, but I knew I had to go for it to be close to Seb. l made mistakes here and there, so in these conditions I have a bit of catching up to do.”

In the teams-based ROC Nations Cup, it was the father-son WRC duo of Petter and Oliver Solberg who guided Team Norway to victory.

They similarly won the grand final by three heats to one, over Team USA’s Jimmie Johnson and Colton Herta.