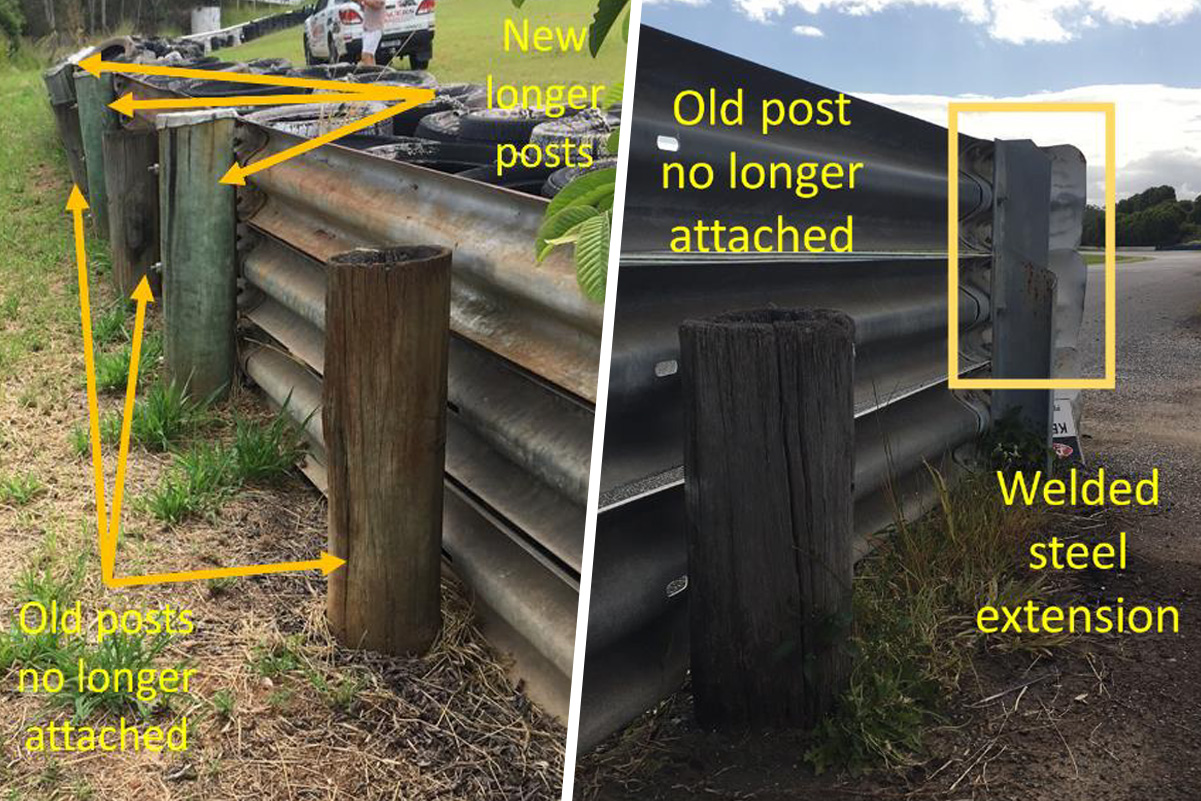 Lakeside Park has issued a response after images were published appearing to show the circuit in disrepair.

The circuit said it no longer wished to take on potential commercial and reputational risk.

In the wake of that statement, Queensland Raceway posted images of damaged wooden posts affixed to Armco barriers at Lakeside Park.

Following that, Speedcafe.com sought comment from Lakeside Park operator John Tetley who could not be reached.

Now a joint statement by Track Action on behalf of Lakeside Park has been issued, explaining that old posts have been superseded by newer ones.

That statement reads as follows:

“There is an old saying a picture is worth a 1000 words; but that does not make the words true – especially since the introduction of Photoshop.

“First, some history: when Lakeside first started up over 60 years ago Lakeside had a single run of Armco about 15” above the ground at locations around the track.

“Nothing unusual as that was typical of roadside Armco installations at that time. The Armco was installed on a mixture of steel “C” section and timber posts.

“In the early days of Lakeside there was a dreadful crash when an open-wheeler went under the single run of Armco which decapitated the driver.

“As a result, a second row of Armco was installed below the first row to make sure that did not happen again. Roll forward about 20 years and after another nasty crash it was decided they had to raise the Armco by adding another row of Armco to the top of the existing two rows of Armco.

“Where the Armco was on steel “C” section, they just welded a steel extension to the side of the “C” section and fastened the new top row to it, as you can clearly see in the photo to the left.

“Where the Armco was supported by timber posts, which obviously cannot be as easily extended, they put new poles in between the old poles, re-aligned the Armco and attached it onto the new poles.

“They did not bother to remove the old posts. It was deemed it was not worth the effort of removing them as they would do no harm and might even help on occasion.