KTM reverting to 2021 base after MotoGP test struggles

KTM reverting to 2021 base after MotoGP test struggles 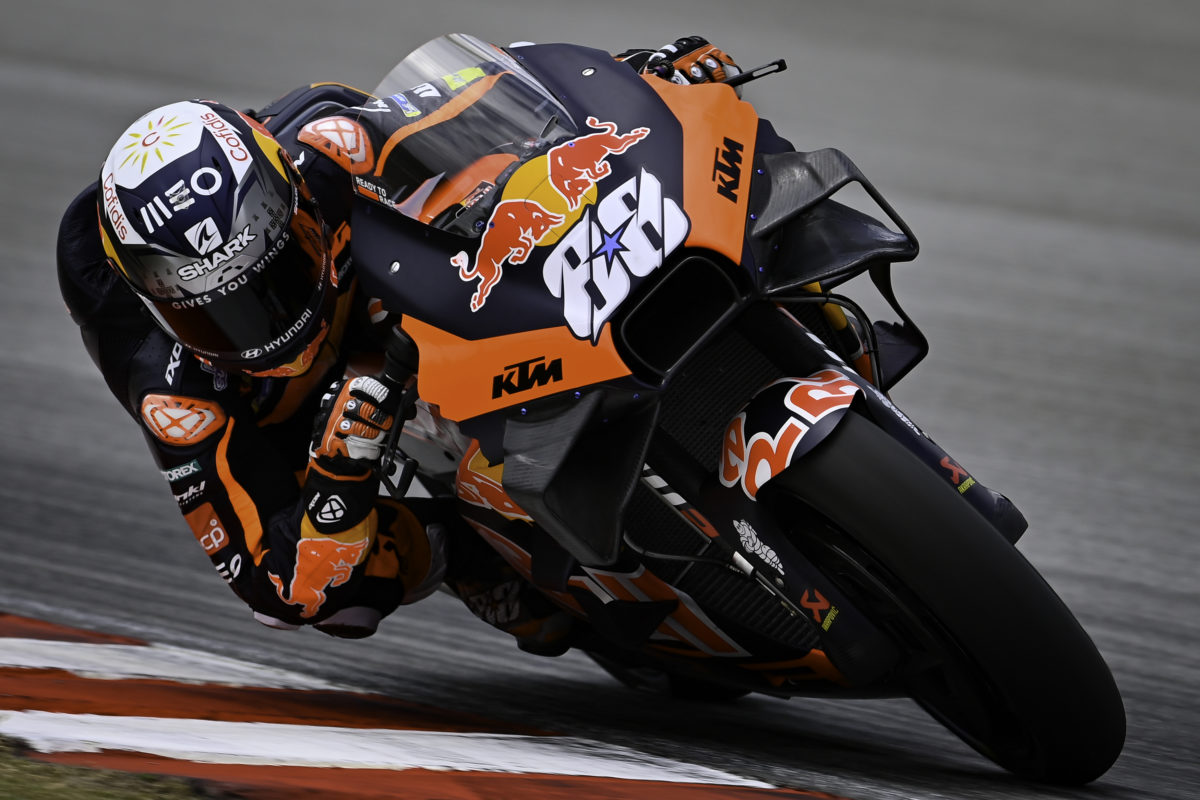 KTM is set to revert to something of a 2021 base for the start of this year’s MotoGP season after struggling in the first Official Test.

All five of its rival manufacturers had at least one bike in the top eight at the end of the two-day Sepang test, yet KTM’s best was Miguel Oliveira in 15th, 0.570s off the pace.

A day earlier, it had also been the other five in the top eight and the Austrian marque’s leading rider being Tech3 rookie Raul Fernandez in 13th, 1.311s away from top spot.

“We have a lot of work to do,” he admitted to MotoGP’s official website.

“We had a lot of parts to test; some new, something from last year to check better.

“So, we are looking for the best package as a base start for the first races. From there on, we will develop something more specific for the future.”

Asked to elaborate on what he meant by that ‘more specific’ remark, Guidotti explained, “I mean, starting from a base of last year.

“So, it’s not the best how [way] to start a new season, and just checking to put everything together, the best what we have together, as a starting point, to be sure what the direction will be for the future.”

KTM will not have time to make major changes before then, however, and will instead use the outing for more fact-finding.

“No, we have no time to have new parts there,” said Guidotti.

“There’s a new circuit for everything and everybody, so for sure we will make a double-check there, to be sure the direction to take, but no, in five days’ time, we will not have any news.”

The Mattighofen-based manufacturer did have one possible alibi for its poor Sunday results in Sepang, that being the rain which effectively cut the eight-hour session by half.

However, Guidotti did not give any serious impression that he considered the timesheet unrepresentative of KTM’s form.

“You never know during the test, especially when there’s a lot of hours on track available,” he remarked.

“But at the moment, the results say that, and we have to consider that, and let’s work.” 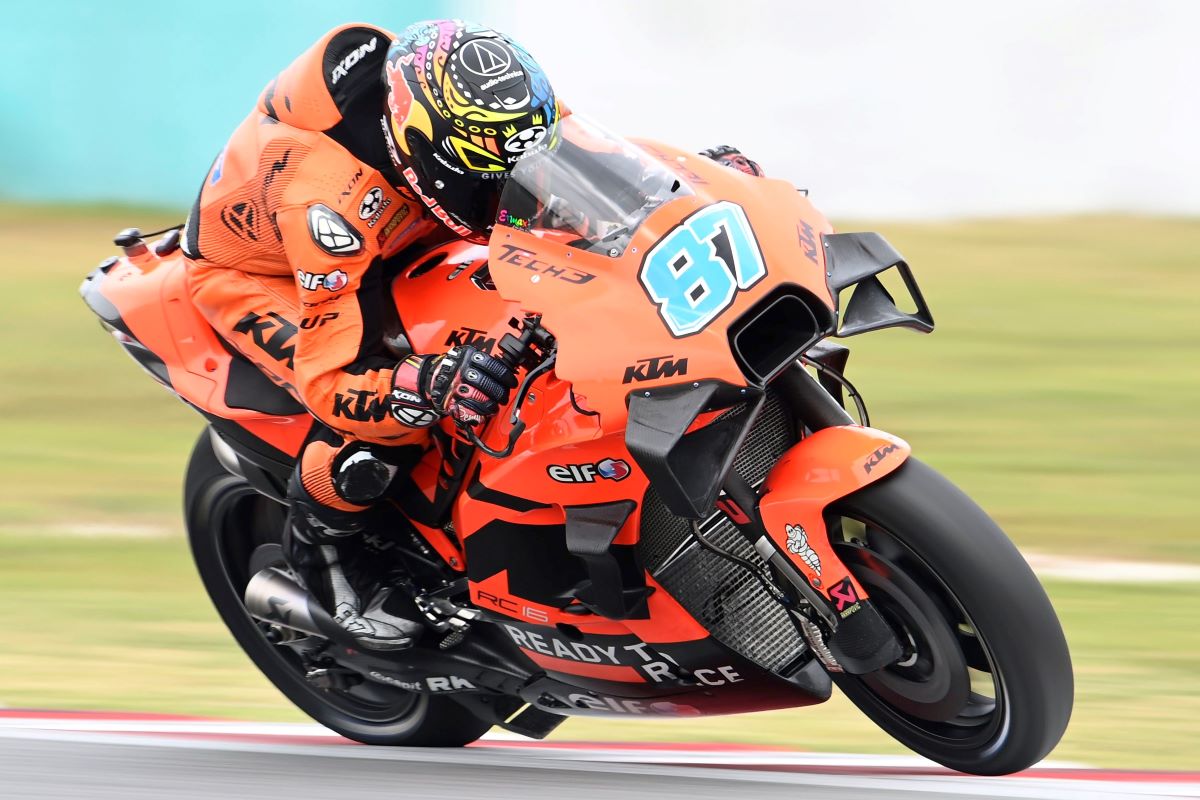 Remy Gardner, on the other Tech3 KTM Factory Racing entry, was 24th on Day 1 in Sepang and 23rd on Day 2, when everyone improved, as he battled with a fractured wrist.

The Australian opted not to ride in the rain, having already had plenty of laps around the Malaysian circuit in the Shakedown Test which was held earlier in the week.

“It has been a very busy week of testing,” said Gardner.

“Malaysia was fun but I did roughly 200 laps here, so I have to admit that I look forward to changing the track and going to Mandalika.

“We tried a lot of different things this week, especially during the Official Test, and we managed to find some interesting points with the bike.

“Halfway through the day today [Day 2], we decided to stop because I was struggling with my physical condition and especially with my wrist, after four full days on track, and it is important for me to focus on my injury’s recovery.

“I still managed to go faster this morning and I improved my lap time, which I am happy with.

“We are still a bit far away from the top positions, but considering the circumstances, it is not bad at all.”

Gresini Racing’s Enea Bastianini set the pace on a year-old Ducati, with the fastest ever MotoGP lap around Sepang.