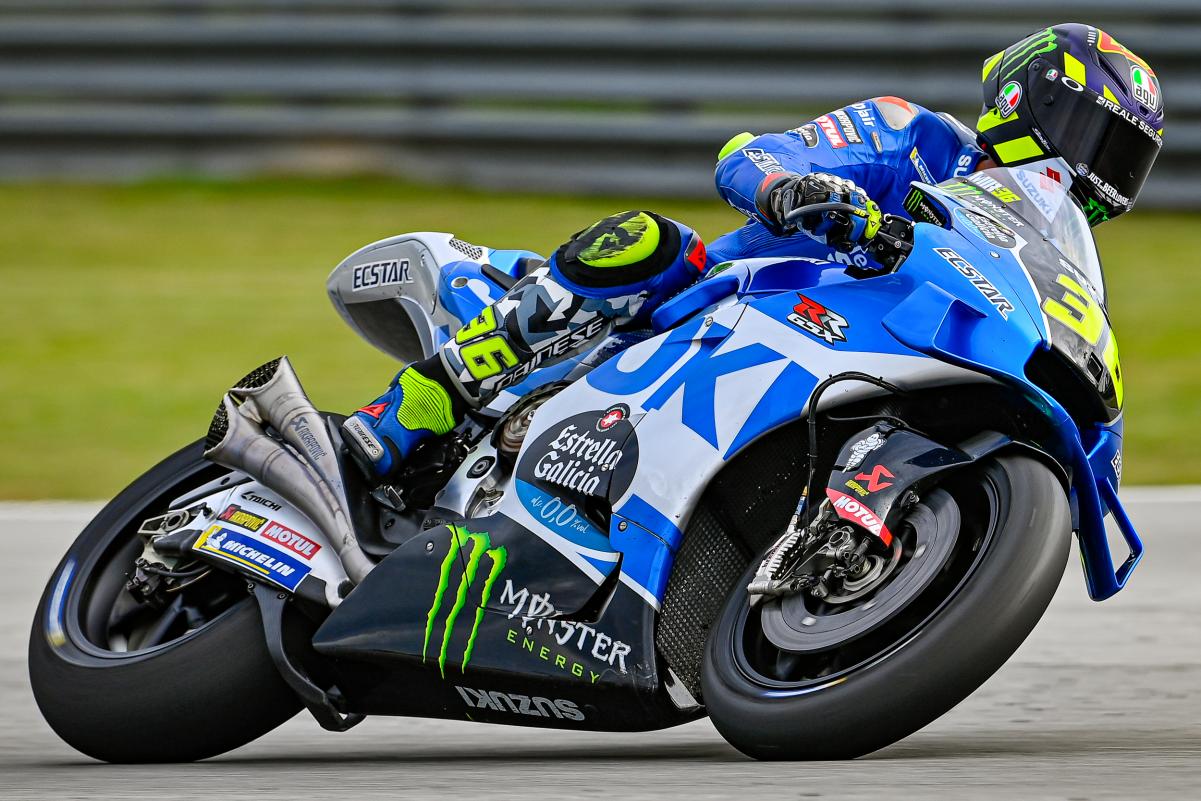 Suzuki rider Joan Mir has not ruled out a move to Honda at the end of the 2022 MotoGP season.

The 2020 world champion is coming off-contract this year, and has been linked to Repsol Honda in recent months.

Mir finished third in the title race last year, albeit well behind Yamaha’s Fabio Quartararo and Ducati’s Francesco Bagnaia, and was left frustrated by a lack of development of the GSX-RR.

MotoGP rider contracts are often signed early in the year preceding that in which the take effect, and the Spaniard has made the point that even the 2022 pre-season will be important in determining his future.

That was a point he reiterated, while doing little to hose down speculation about a shift to another of the Japanese marques in the field.

“I think that the contracts normally finish this year to most part of the riders, so this first part of the year is important to negotiate, to be in the place that you want,” Mir told MotoGP’s official website.

“As I said, I feel quite comfortable here in Suzuki, I was able to do really good things here.

“Nothing is done for sure, we have to talk of different things, but like I said, nothing is done; let’s see what happens.”

Pressed on whether Honda or another team was an option, the 24-year-old attempted to evade the question but without a lot of success.

“I feel comfortable in Suzuki but we never know.”

Should Mir go to the factory Honda team, he would most likely replace Pol Espargaro given six-time premier class champion Marc Marquez is only about to start the second season of four on his current contract.

It is not inconceivable, however, that Team Suzuki Ecstar could be all-change for 2023, given Alex Rins’ deal also runs out this year.

“Still our idea is to keep both of the two riders, Joan and Alex, for 2023 or farther years,” he told MotoGP’s official website.

“As Joan said, most important thing is bike performance; also, our package, or the competitiveness, so I have no big concern about this because we are progressing on that.

Sahara confirmed that talks are underway with Mir, but also on signing up a solution to another of its big question marks, that being the absence of a dedicated team manager.

Suzuki has been without one since the surprise departure of Davide Brivio to the Alpine Formula 1 team just over a year ago now, with his duties distributed among several staff.

However, Sahara took on much of the extra work, which he admitted late last year was “way too much” for him.

Still, he is not showing any concern about whether or not a new team manager is in place before Round 1 in Qatar in March, although he is hopeful.

“It means that we still plan to have new team manager for this year, 2022, but this is not proper timing to tell something unclear because we are still under negotiation with some people.

“To be honest, it’s taking more time than I wanted and I expected, but even now, everything is under control in terms of team management, so it’s not a big problem for us and we are not in rush, we are not impact[ed].”

Rins was third-fastest and Mir seventh- on Day 1 of the Sepang Official Test, with Day 2 underway now.