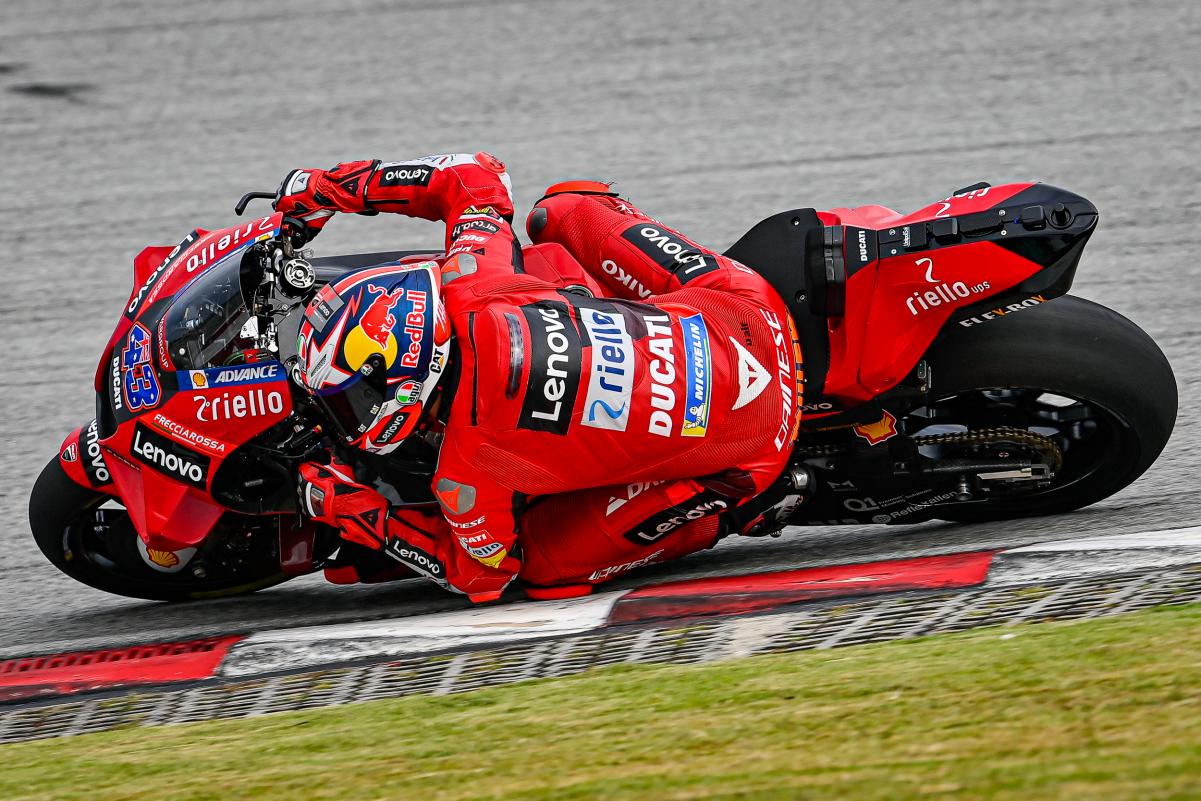 Jack Miller says the GP22-spec Desmosedici is currently not as good as Ducati’s 2021 MotoGP bike after Day 1 of pre-season testing but has greater potential.

The Queenslander ended up 22nd-quickest, three positions behind Ducati Lenovo team-mate Francesco Bagnaia, after the first eight hours of running in the Sepang Official Test.

While rookies and concession manufacturer riders were able to partake in the Shakedown Test at the same circuit earlier in the week, Miller and the majority of his rivals had not been on a MotoGP bike since November last year.

He likened the familiarisation process with a new bike to breaking in a pair of shoes.

Asked if the GP21 is better than the GP22 at the moment, Miller said, “Yeah, I think so.

“We know that bike very well. That’s one way to look at it.

“But, I think the potential with the new bike is greater. It’s taking time. It’s about working with developments that we have to make in order to have a better bike this time next year when we’re testing the 2023 bike.

“It’s all very easy to get on a bike you know and that you have ridden in 19 grands prix.

“But it’s like a new shoe; it feels strange at the moment but after a while it will be your shoe.”

Supporting that assessment, Aprilia Racing ended Day 1 with a one-two after both Aleix Espargaro and Maverick Viñales rode in both the Shakedown Test and a subsequent private outing at Sepang.

Espargaro in fact came up just shy of the qualifying lap record in nailing an early 1:58.371s on his RS-GP, while the top Ducati rider was Gresini Racing’s Enea Bastianini in fourth with a 1:58.638s on a GP21.

However, #43 says he is creeping up on the task slowly, even if the new Desmosedici is an evolution of its predecessor rather than a revolution.

“It’s nothing major; it’s still in the same family,” explained Miller of the GP22.

“If you look through the previous years, from when I was here, the GP17 up to now it was just slight tweaks every year.

“It’s a next evolution of the bike. It’s not overwhelming. Big thing to get head around when you first get on it. There are a few little things that have changed. They are all multiplied to work together and make you feel uncomfortable.

“You just need to understand what you need to do. I’m not putting any pressure on ourselves. We’re kind of limited with the tyres we have; we’re not throwing tyres at it.

“This time last year we topped every test there was and we know how well that worked out.

“We’re trying to build steadily and get comfy on the bike and do the work we need to do on the bike in the tests.”