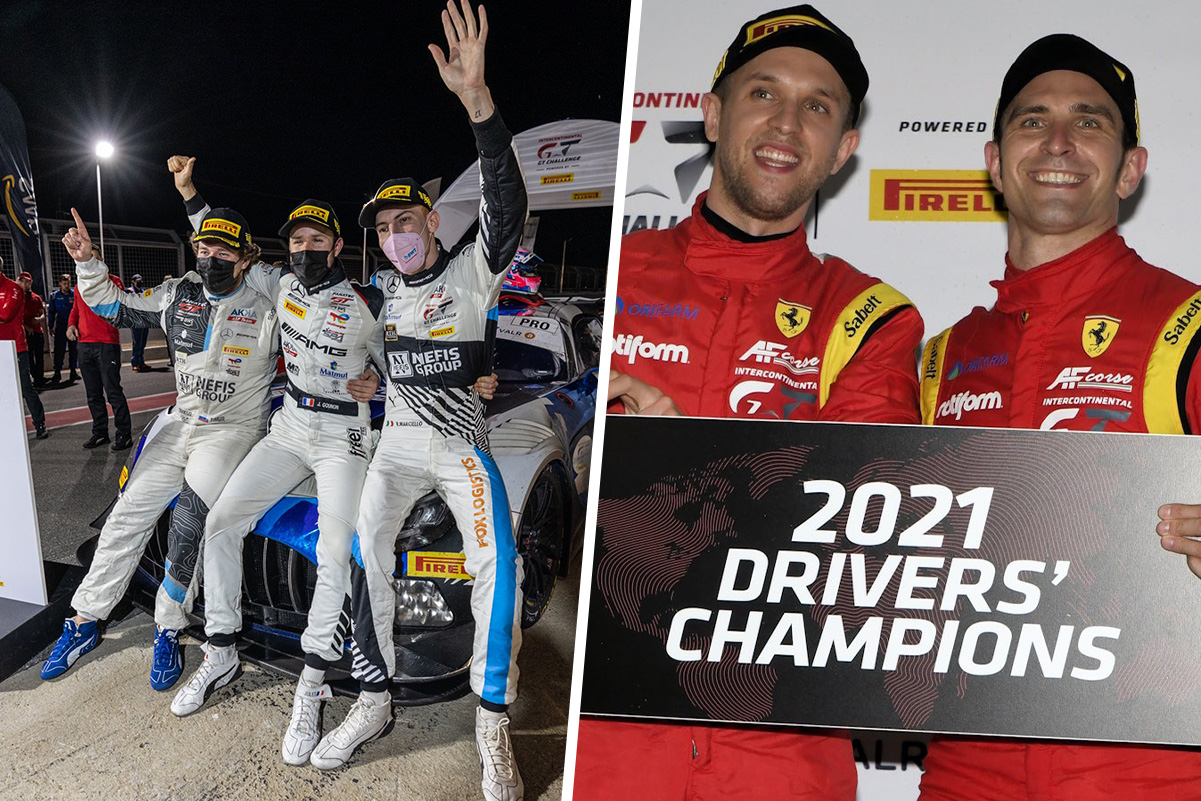 A dominant run from Mercedes-AMG Team AKKA-ASP saw victory in the Kyalami 9 Hour while Alessandro Pier Guidi and Come Ledogar clinched the drivers’ title for Ferrari.

The Mercedes trio converted from pole position to cross the line 15 seconds ahead of Pier Guidi and Ledogar in the #51 AF Corse Ferrari 488 GT3 Evo, also shared with Miguel Molina.

Second place was enough for Pier Guidi and Ledogar to take out the IGTC drivers’ title having entered the final round two points clear of their nearest rival.

Audi was crowned IGTC manufacturers’ champion for the fourth time after the #71 Ferrari didn’t score points, pulling to the side of the track with a driveshaft issue.

Habul’s Mercedes-AMG GT3 Evo missed out on the class race win having being hampered by a power steering issue but was still able to take title honours.