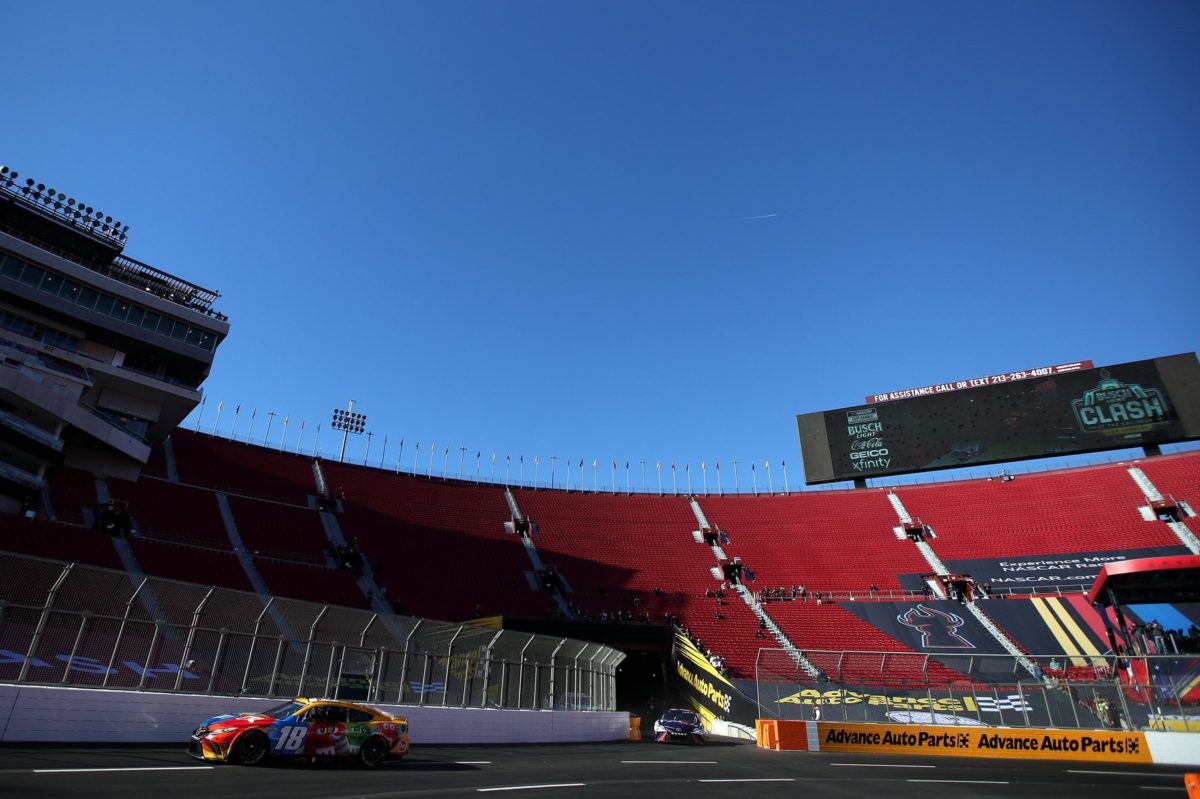 Kyle Busch has set the pace in qualifying for the NASCAR Clash with a lap time of just 13.745s at the Los Angeles Memorial Coliseum.

The former Olympics stadium has been transformed into a quarter-mile race track for this weekend’s NASCAR Cup Series pre-season event, creating a unique challenge.

The man in the #18 Joe Gibbs Racing Toyota made the best of that challenge in the single-car qualifying runs, earning pole for the first of four heat races.

Tyler Reddick (#8 Richard Childress Racing Chevrolet) was second-quickest at 0.016s off the pace and hence will start from the front of Heat 2, with Justin Haley (#31 Kaulig Racing Chevrolet) similarly to lead the field out in Heat 3 and Joey Logano (#22 Team Penske Ford) in Heat 4.

The rest of the nine-car field for Heat 1 will be those who qualified fifth-fastest, ninth-fastest, 13th-fastest, and so on.

Those heat races will each be 25 laps long, with the top four drivers going directly to the main event.

As for the other 20 drivers entered in this weekend’s Clash, they will be split into two Last Chance Qualifier races of 50 laps each, with the top three from each of those also progressing to the main event.

A total of 23 drivers will then partake in the 150-lap finale, those being the 16 who advanced through the heats, the other six who came through the LCQs, and the driver who finished highest in the 2021 NASCAR Cup Series but otherwise would not have made the showpiece.