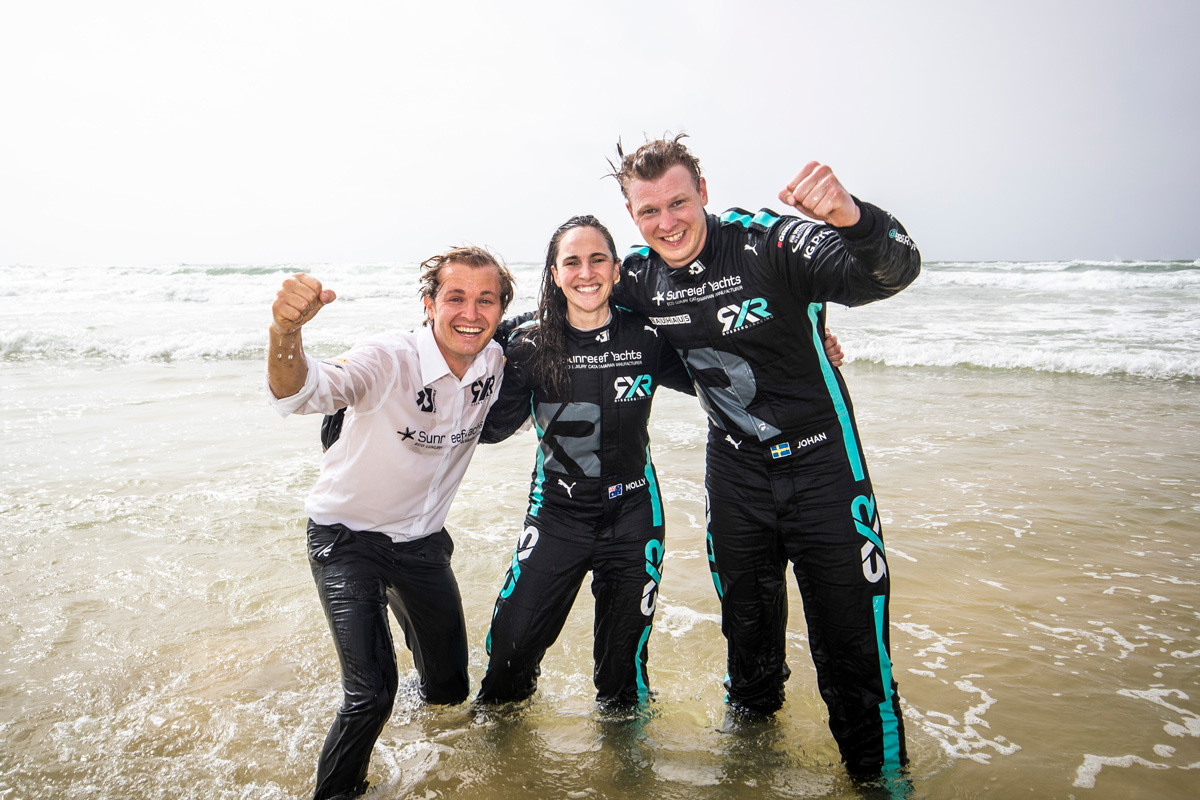 Rosberg X Racing, which Taylor drove for in 2021, has announced that Johan Kristoffersson will be partnered by Mikaela Ahlin-Kottulinsky this time around.

The Australian Rally Champion is, however, eager to return to the electric SUV category in the future.

“As many of you may now be aware, I will not be continuing with RXR this year in Extreme E,” wrote Taylor on social media.

“I’d like to thank the whole team (who became more like family) for an incredible inaugural season.

“Winning the first-ever Extreme E Championship and holding that trophy aloft was an incredible experience and I am very proud of the result we achieved together.

“There’s no secret of the complex realities that exist within motorsport, often outside of a driver’s control; and whilst it means an unexpected change of plans for 2022, rest assured, despite a small intermission my time with Extreme E isn’t done yet.

“I’m very proud to raise the Aussie flag for international motorsport and that will continue so stay tuned.”

Kristoffersson and Ahlin-Kottulinsky make for an all-Swedish driver pairing at the team owned by 2016 World Drivers’ Champion Nico Rosberg.

At Abt Cupra, an all-Dakar champion line-up of Nasser Al-Attiyah and Jutta Kleinschmidt has been announced for its Extreme E entry.

Al-Attiyah claimed a fourth Dakar title last month with Toyota while Kleinschmidt is the first female to have won the event, back in 2001 with Mitsubishi.

“I’m already a bit excited and believe that this will be a great experience for me,” said Al-Attiyah.

“Extreme E is an exciting series with the ambition to contribute to a better future.

“I am proud to be a part of the team now. Expectations are high: with the experience of Abt Cupra XE and Jutta by my side, we are determined to race for victories. I can’t wait to sit in the car and have fun.”

“This year the challenge is to be even more consistent in taking wins and trophies, and we are ready for that.

“Being able to share my passion for offroad racing with such a great team and now a Dakar star like Nasser is fantastic motivation. I just want to start the season.”

Taylor has only just come off her first Dakar campaign, finishing 14th in the SSV category.

The second season of Extreme E starts in Neom, Saudi Arabia on February 19-20.