Dall’Igna: Miller ‘will have to do well’ this year

Dall’Igna: Miller ‘will have to do well’ this year 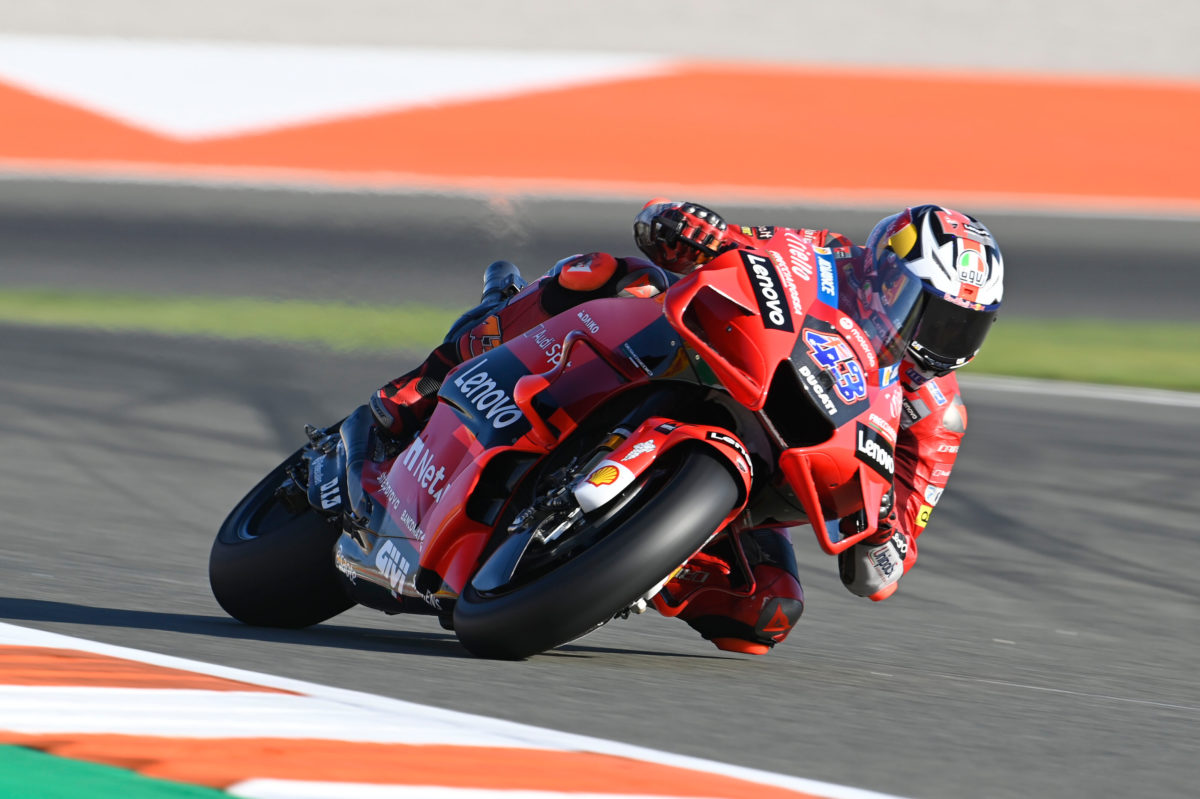 Ducati Corse general manager Gigi Dall’Igna says Jack Miller “will have to do well” in the 2022 MotoGP season.

Miller is under pressure to keep his seat at the Ducati Lenovo Team beyond this year thanks to the exploits of team-mate Francesco Bagnaia and Pramac Racing’s Jorge Martin.

The young Spaniard has already been talked about as a likely future factory rider after winning last year’s Michelin Grand Prix of Styria as a MotoGP rookie, while Bagnaia finished runner-up to Yamaha’s Fabio Quartararo in the 2021 title race.

One prominent rider manager, namely Carlo Pernat, has even put a Miller move at the end of 2022 at 99 percent, as he agitates for the Bologna marque to also promote one of his clients, that being new Gresini Racing rider Enea Bastianini.

Miller arrived at Sepang for this weekend’s Official Test directly from Queensland, where he had remained in isolation after catching COVID-19 during the break.

That mishap caused Ducati to reschedule its season launch for the day after that test, but it still held something of a launch for its local MotoGP broadcaster, namely Sky Sport Italia.

Then, Dall’Igna was asked about what sort of season #43 could have.

He responded, “It will be an important season, in which he will have to do well, but this is nothing new.

“We all have to do it in MotoGP, technicians and riders.”

While Yamaha won the riders’ championship last year, Ducati took out both the constructors’ and teams’ titles.

Quartararo finished on the podium 10 times but the Iwata manufacturer only scored 13 in total, two of those courtesy of Maverick Viñales before his dramatic split and the other taken by Franco Morbidelli with SRT.

Ducati, on the other hand, had three distinct race winners in Bagnaia, Miller, and Martin, with the factory duo and Pramac’s Johann Zarco all in the championship top five at season’s end.

Ominously, there could well be more to come in that area with what is “a completely new engine” according to Dall’Igna.

“The goal is to find more horsepower, as is our philosophy, while maintaining the drivability of the old engine, where we had reached a good level from this point of view.”

While test rider Michele Pirro cut laps at Sepang earlier this week in the Shakedown Test, action for the vast majority of the field has just got underway earlier this afternoon at the Malaysian Grand Prix venue.

Miller and Bagnaia will thus be getting their first proper read on the latest version of Ducati’s aerodynamic package.

“Our riders were already quite happy with what we had done for the [2021 post-season] test at Jerez.

“From this point of view too, I’m curious to see what the comments will be when they try the definitive bike at Sepang.”

With just over an hour of today’s eight-hour session elapsed, Aprilia Racing’s Aleix Espargaro holds sway at the top of the timing screen on a 1:58.371s, more than half a second faster than team-mate Viñales’ benchmark in the Shakedown Test.