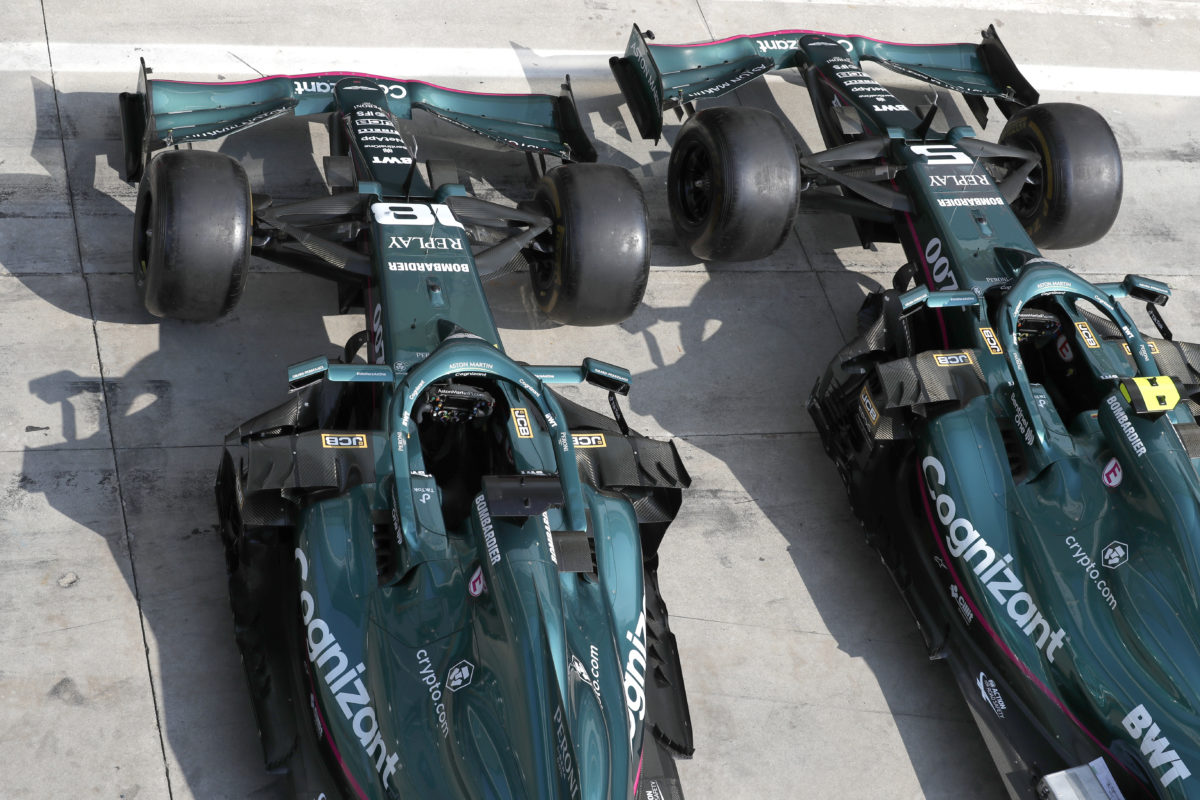 The Aston Martin Formula 1 team has signed a deal with another title sponsor ahead of the 2022 season.

A deal with Aramco will see the operation officially known as the Aston Martin Aramco Cognizant Formula 1 Team.

Aramco is an integrated energy and chemicals company, supplying approximately an eighth of the world’s oil supply.

It also has an interest in developing new energy technologies and claims to be focusing its efforts on making its resources more sustainable.

That goes some way to explaining the research and development tie up it now has with Aston Martin.

The statement announcing the deal claimed that the partnership “will drive the development of highly efficient internal combustion engines, high-performance sustainable fuels, advanced lubricants and the deployment of non-metallic materials in vehicles.”

Currently, Aston Martin has a supply of customer power units from Mercedes, a deal which dates back to the squad’s Force India days.

That relationship also stretches into the road car operation, with Daimler AG purchasing a stake in the British marque in 2013.

There is a Mercedes-AMG engine in many of its cars, though has previously stated plans to use an electrified and self-developed six-cylinder going forward.

The Aramco deal seems to move the organization closer to that, with the F1 team and road car business both now owned by Lawrence Stroll.

“The joint R&D efforts will underpin efforts made by the team to meet Formula 1’s target to be powered entirely by sustainable fuels by 2025,” the Aston Martin statement noted.

“Additionally, the partnership will focus on development and commercialisation of fuel-efficient engine technologies for road vehicles, and the development of more efficient hybrid engines in motorsport.”

Stroll himself commented on the development, citing it as a signal of intent for the brand.

“We are in the sport to win so I am delighted to welcome an incredible partner of the stature of Aramco, who I have learnt from this process has a tremendous amount of intellectual property and technical capability, which I know will greatly assist our team to achieve our goals of winning Formula 1 world championships,” he said.

“Our historic partnership demonstrates the scale of our ambition to make our team a pioneering and winning force in Formula 1 and showcase the sustainability and performance of Aramco’s products.”

Aramco has been in Formula 1 for some time, having become a global partner of the sport in March 2020 with a long-term deal.

It’s seen prominent branding at events along with title sponsorship in places.

“Our ambition is to supply premium fuels and lubricants to the global automotive sector, and our tie-up with the Aston Martin team will help drive awareness of our high-quality products.

“It is an alliance that harnesses our shared commitment to engineering excellence and innovation, and has the potential to deliver winning results both on and off the track.”

Aston Martin will launch its 2022 F1 contender on February 11.