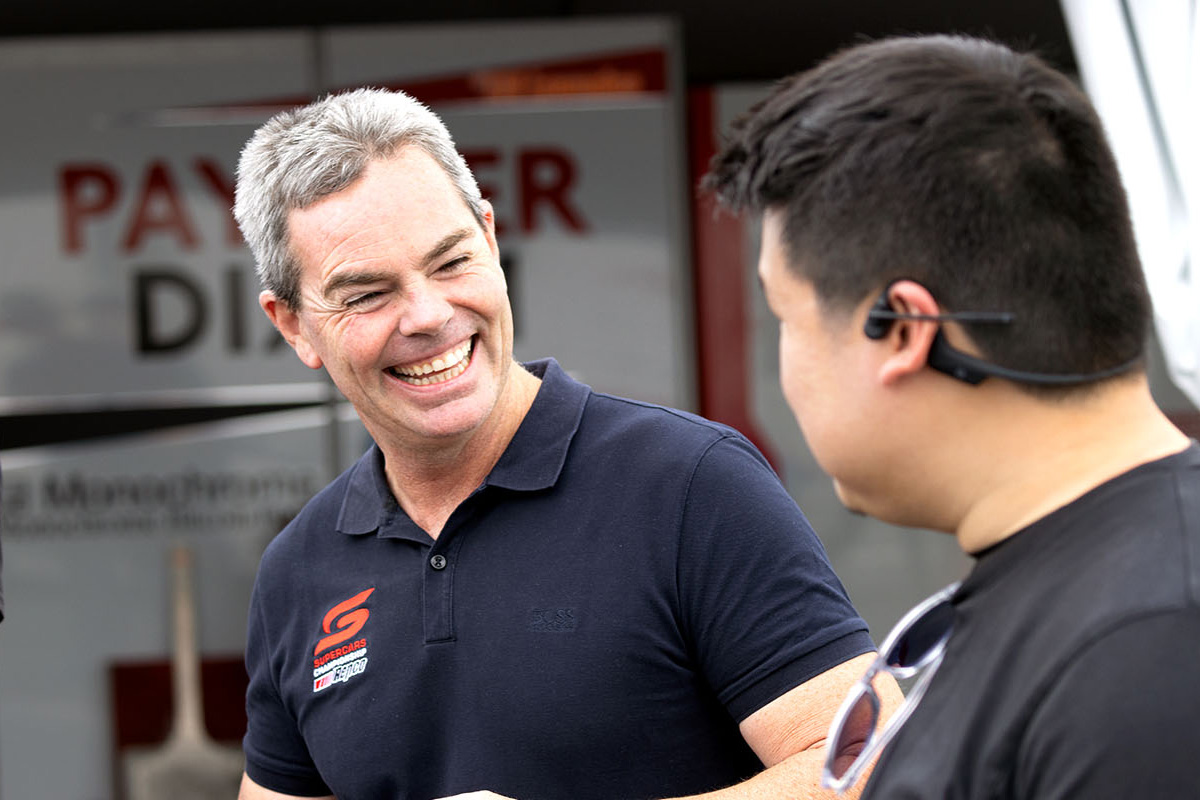 Craig Lowndes has been left satisfied with his maiden taste of Supercars’ Gen3 Chevrolet Camaro prototype.

The seven-time Bathurst 1000 winner hopped behind the wheel late this afternoon at Queensland Raceway.

His experience did include an excursion off at Turn 6 – a mishap that also befell Anton De Pasquale in the Ford Mustang during morning running – but overall Lowndes was pleased.

“I’m quite impressed. The acceleration of the car, obviously with the power-to-weight ratio, is still very exciting – very similar to the current car,” he said.

Lowndes noted the retardation of the brakes package was lower than what he was used to, but that came after extensive mileage which he feels is a positive sign for reliability.

“The big thing for me was the throttle application, just getting that right in the sense that it ramps up,” he added.

“So for me, the first 50-60 percent of the throttle is quite doughy and then it ramps right up.”

But even that system, he feels, has greater flexibility in being able to suit a driver’s particular style – and was notably different to when he drove a TA2-bodied car powered by the prototype 5.7-litre General Motors engine last year.

Explaining his Turn 6 moment, Lowndes said: “I locked up the front-right going into six and with the auto-blip and everything else, it actually drove me into the corner, it just took me over the edge. But in saying that, we just kissed the tyres.

“But other than that, it’s really nice to drive.”

The 47-year-old, who is unlikely to continue full-time in Porsche Paynter Dixon Carrera Cup Australia this season, observed one key change from when the championship last went through such a regulation overhaul (namely developing Car of the Future for 2013).

“I think this process is more involved in every race team, whether it’s Ford-land or Chevy-land,” he said.

“The beauty about it is every driver has got a different way of driving style with what they want from a car – otherwise we’d be all boring – so I think the beauty of having so many drivers drive these cars, it gives a lot more information and feedback.

“I think also the timing of it allows the category, Supercars, to have a proper analysis of the cars and the durability and reliability. Mistakes like this, you can see how strong externally the cars are.