Brodie Kostecki will pilot the #Q95

Brodie Kostecki is set to achieve a lifelong dream when he makes his Sprintcar racing debut this Saturday at Toowoomba Speedway.

The Erebus Motorsport driver will contest round four of the Ultimate Sprintcar Championship, which features a $5000 winner’s purse.

It marks the first time in 10 years that Kostecki will have driven on dirt, his last race on a speedway coming in the United States.

The opportunity to race a Sprintcar has been a long time coming.

John Weatherall, who Kostecki has known from a young age courtesy of his family’s engine building business, has long sought to put the Perth-born pilot in one of his cars.

“A good friend of mine, John Weatherall, I’ve known him pretty much ever since I can remember – I’ve been involved with his Sprintcar team since I was really young with my family doing their Sprintcar motors back in the day,” Kostecki told Speedcafe.com.

“I’ve always stayed in touch with John and he’s always said when I was a young fella that he wanted to put me in his Sprintcar.

“The opportunity arose and I was able to get a few things together and we got a car and here we are now, ready to race on Saturday night.” 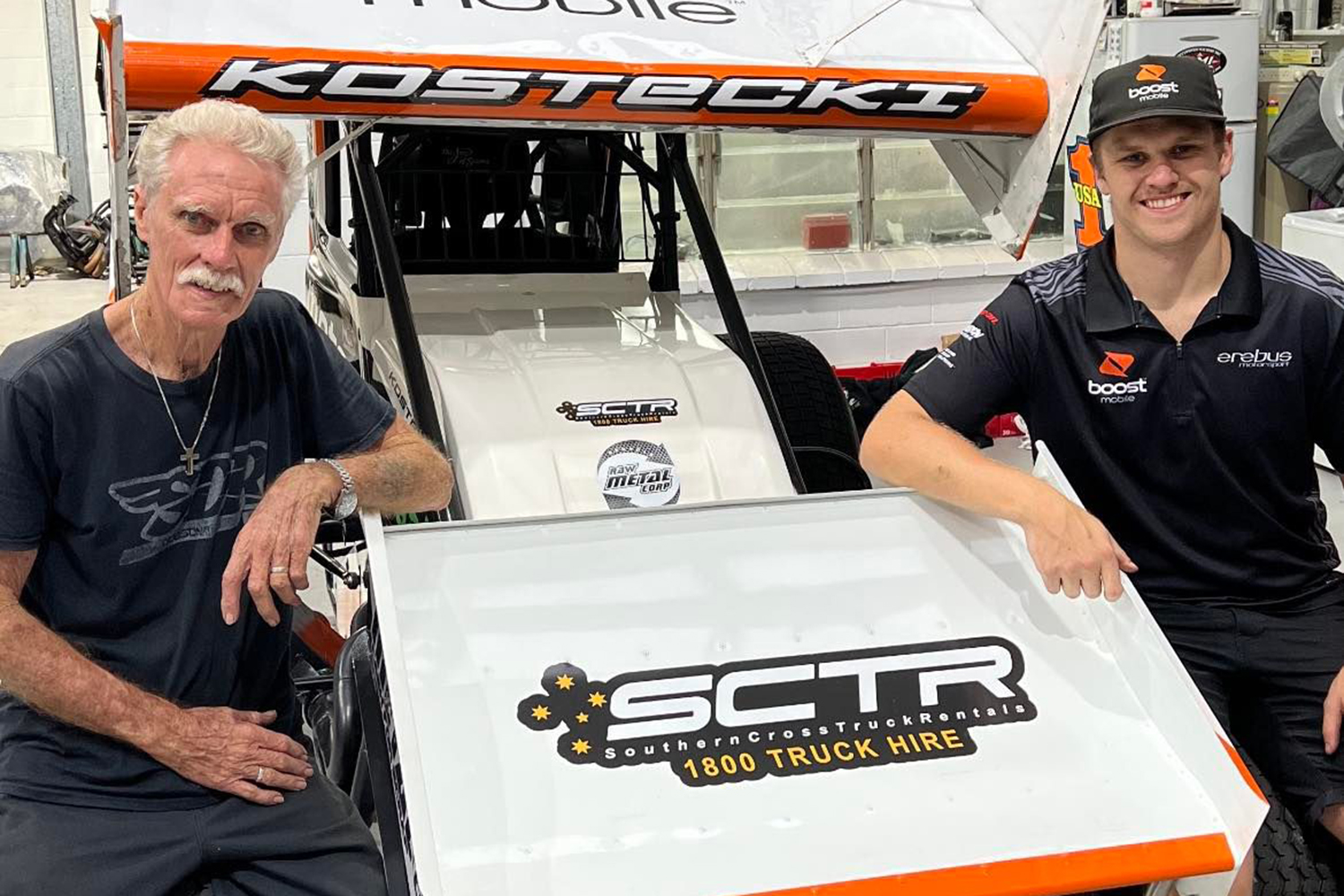 Dirt speedway has become more and more popular among asphalt racers in recent years as a way to keep match fit in the off-season.

Tickford Racing’s Cameron Waters and Nathan Herne of Garry Rogers Motorsport have both been prominent in their local Sprintcar scene.

Last year, Triple Eight Race Engineering’s Shane van Gisbergen had a brief run in Midgets, though that was short-lived after his former team principal Roland Dane pulled the pin on him.

Kostecki, who will pilot the #Q95, is hopeful he can contest more Sprintcar events in the future.

“We’re going to try and do as many as we can that don’t conflict with the Supercars calendar and also my commitments at Erebus Motorsport, because that comes first,” he explained.

“The more that you can be in the seat the better you can become.

“You always learn new things and might not use those tools in each car, but makes you think a bit more broadly.”

This weekend’s racing at Toowoomba Speedway, which gets underway at 16:30 AEST/local time, will see 40 entries in the Sprintcar field.