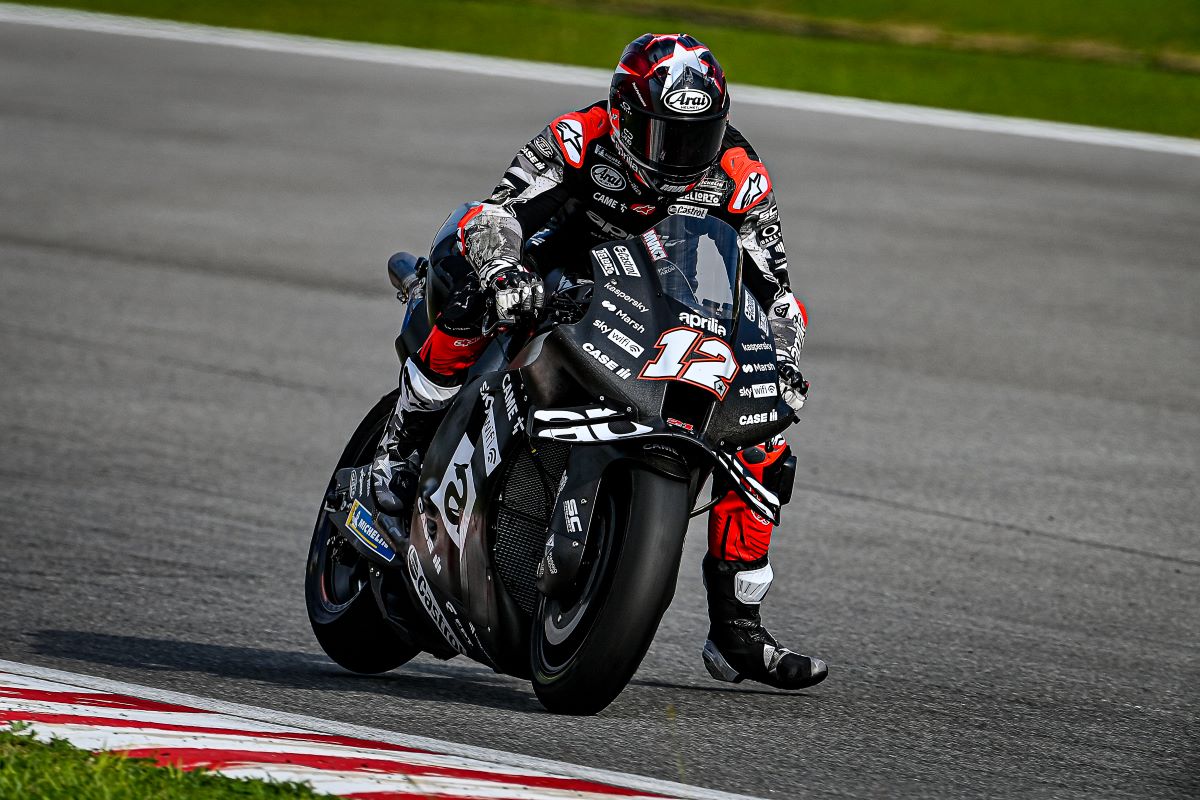 Maverick Viñales has edged Aprilia team-mate Aleix Espargaro to top spot on the third and final day of the MotoGP Shakedown Test at Sepang.

Espargaro was the pace-setter for much of what was his first day on the RS-GP this year, until Viñales ensured he would have bragging rights over the field for the second time in 24 hours when he clocked a late 1:58.942s.

All told, #12 was 0.144s quicker than #41 around the Malaysian Grand Prix circuit, with those two eligible for the Shakedown Test due to Aprilia’s lone status as a concession manufacturer.

Cal Crutchlow joined proceedings on Day 3, with the YZR-M1s he shared with fellow Yamah test riders Koha Nozane and Katsuyuki Nakasuga being classified 11th and 12th.

He will get his first laps of the year with the Ducati Team when the Official Test is held at the same circuit this Saturday and Sunday.

The word “negative” has never felt so positive! 😜

Welcome back, @jackmilleraus! The Thriller has finally been tested negative for Covid-19 and has reunited with the team for the #SepangTest! Are you ready? 😎#ForzaDucati #DucatiLenovoTeam pic.twitter.com/2XZa21jo8t