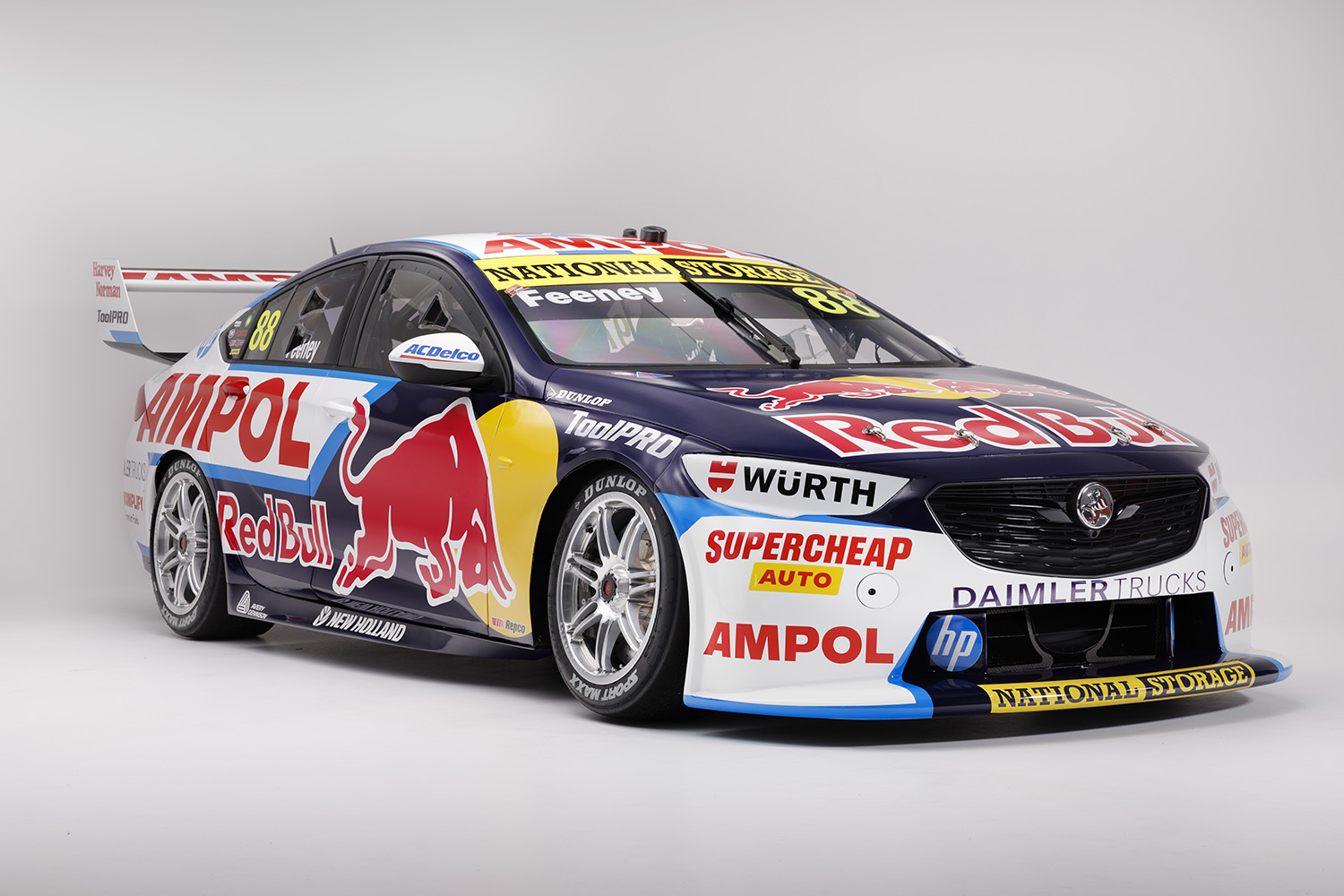 Red Bull Ampol Racing has revealed the livery its drivers Shane van Gisbergen and Broc Feeney will campaign in the 2022 Repco Supercars Championship.

As expected, co-naming rights sponsors Red Bull and Ampol have returned for the forthcoming season with Supercheap Auto taking prominence too.

Last year’s champion van Gisbergen will carry #97 while new team-mate Feeney will sport the iconic #88 in his debut season.

Whincup carried the latter number throughout the duration of his Triple Eight tenure from 2006 to 2021, besides when he sported the #1 as the previous season’s champion.

Triple Eight heads into the 2022 season off the back of winning the drivers’ and teams’ championship.

There have been a raft of changes with the new year, including the departure of Roland Dane as team principal.

Dane has been replaced by Whincup in that role and as managing director.

Short steps up from the Super2 Series with Feeney while Edwards joins the team from Brad Jones Racing to engineer van Gisbergen.

“The team obviously has a new look this year, not only with Broc as our new driver, but we both have new race engineers stepping up which will bring a new dynamic,” said van Gisbergen.

“I’m excited to work with Andrew this year. He’s no doubt a talented race engineer who’s been on my radar, so I think once we get stuck into the first few rounds, we can strengthen our relationship and hopefully get the results we’ll work hard for.”

Whincup made note of new sponsors Wurth and New Holland. Continuing with the team are National Storage, Daimler Trucks, HP, and Harvey Norman.

“I also want to thank our entire partner community for their ongoing support, and especially want to welcome the teams at New Holland and Wurth for entrusting us to represent their brands to the best of our ability,” added Whincup.

Triple Eight Race Engineering will have its first hitout of the year at Queensland Raceway on February 16.

The 2022 Repco Supercars Championship gets underway at Sydney Motorsport Park on March 4-6.