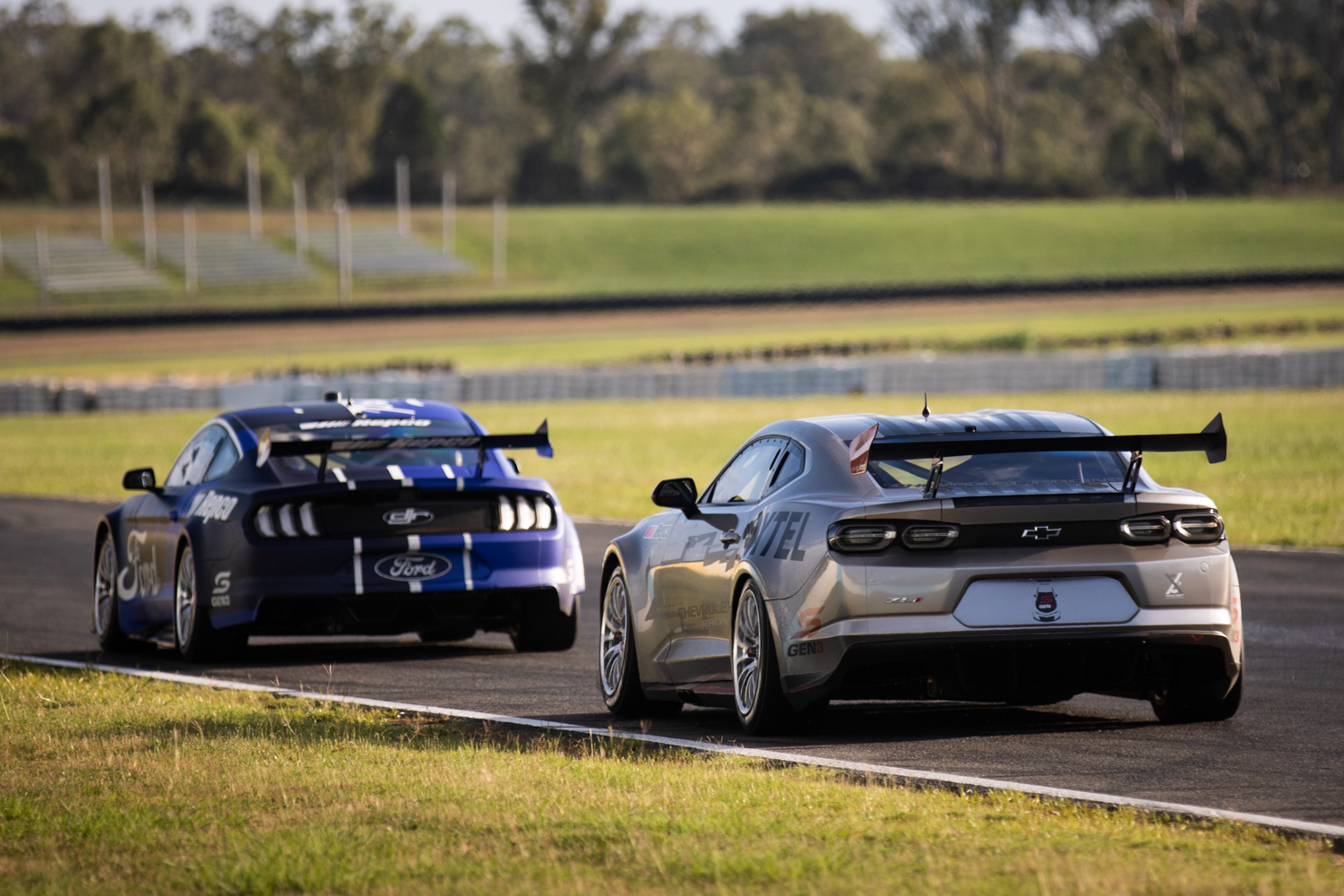 Supercars will take its Gen3 prototypes to Winton later this month

Supercars is set to take its Gen3 prototypes to Winton Motor Raceway for a two-day hitout alongside pre-season testing on February 22-23.

Southern Supercars teams are slated to take part in what is the de facto official pre-season test on February 22. Come February 23, Super2 Series teams will test at the same circuit.

It will mark the first time Gen3 and Gen2 cars have appeared on track at the same time.

As yet, little more than the dates have been confirmed.

Free agent Zane Goddard, who is hoping to land a co-drive role later this year, has also sampled the Ford Mustang and Chevrolet Camaro prototypes.

With full-time drivers and co-drivers sharing testing duties on February 22, it’s not clear who will take the reins in Winton, although there will be no shortage of pilots available.