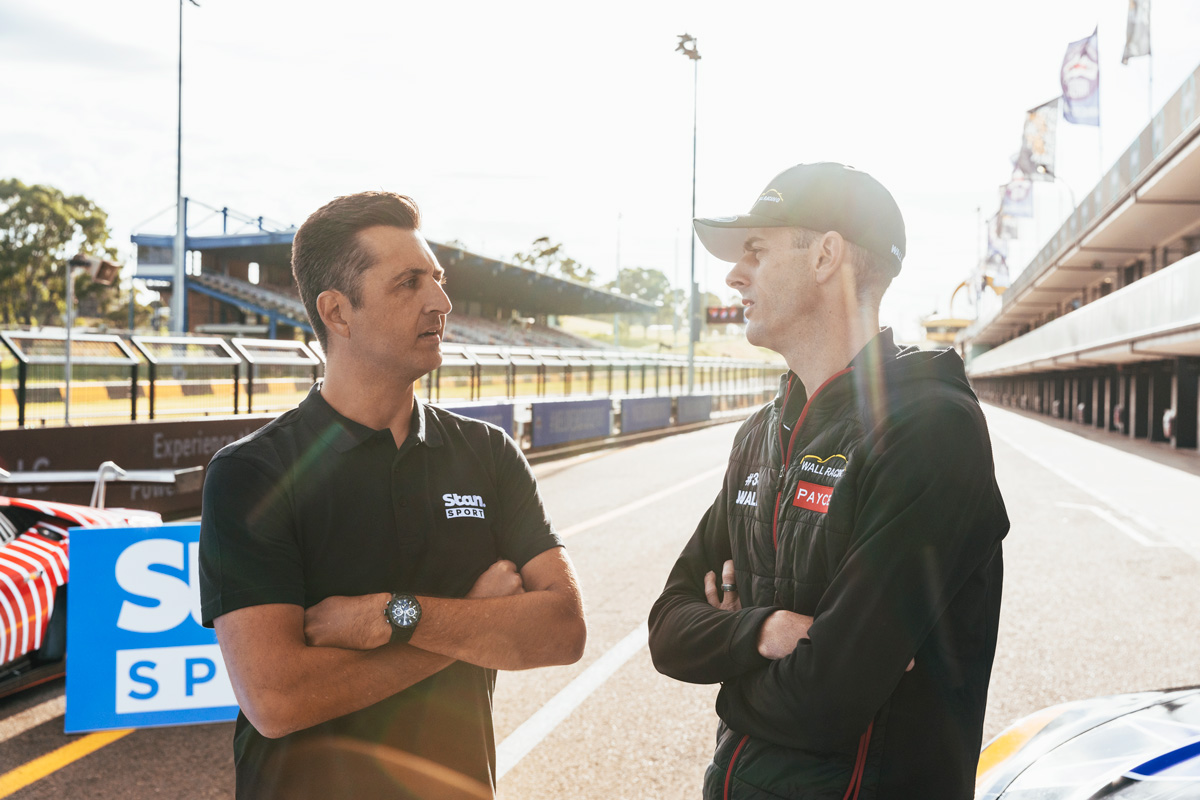 Coulthard will be in action for Wall Racing as team-mate to his long-time Supercars co-driver Tony D’Alberto, with his Honda Civic Type R featuring branding from the category’s new broadcast partner Stan Sport.

The deal thus far is a one-off, but Coulthard is keen to extend that opportunity.

“At this stage it’s just the one event. I feel like that would be a waste to stop there,” the 39-year-old told Speedcafe.com.

“For me, obviously my goal is to try to compete for the whole season; you look at Chaz [Mostert] last year, I believe his was a one-off event and he went on and won the championship.

“For me, I just want to be racing something.

“Obviously the circumstances that I was put under at the start of this year, [I was] left with nothing. I’d like to be able to fill that void and continue to race something.”

The circumstances he refers to revolve around Team Sydney’s sale last month, which effectively rendered the second year of his Supercars contract null and void.

It’s because of 2019 series runner-up D’Alberto that TCR had been on Coulthard’s radar.

“It’s pretty cool that I’m team-mates with TD again,” added Coulthard, who is not expecting to sneak in a test day aboard the Civic before Friday week.

“TCR is definitely an up-and-coming championship which will only get stronger and stronger as the years go on, so I’m excited to get my first taste of a TCR car at Symmons Plains next weekend.

“I don’t really know what to expect because I’ve never driven a front-wheel drive car but from all the reports from the people that have driven them, they say they’re a lot of fun. I’m just pretty excited by the challenge.

“Obviously you go there with a vision to do well and you back your own ability to be able to do the job.

“It’s very foreign to me, but I’ll try to collate as much information as I can from others that have driven the cars and things like that prior to myself getting there and try to be the most prepared I can be.”

Symmons Plains has historically been a happy hunting ground for Coulthard, as the site of his maiden Supercars podium in 2009 and his first championship race win four years later.

The Tasmanian track, however, did prove tricky for Honda TCR competitors last year.