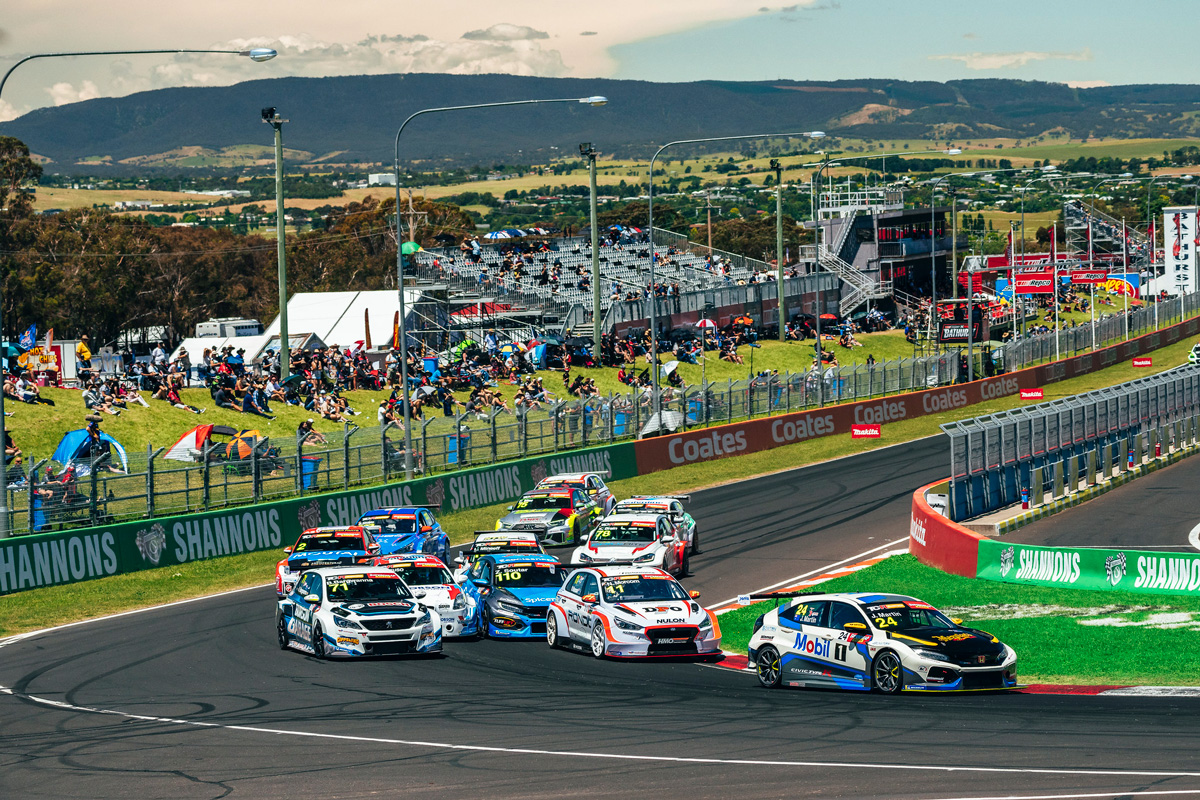 Australian Racing Group powerbrokers believe their passionate fanbase will get onboard with its newly announced move to broadcast its categories predominantly behind a paywall.

Starting with the season-opening AWC Race Tasmania on February 11-13, Stan Sport will be the ad-free home of ARG categories led by Supercheap Auto TCR Australia.

While the Saturday and Sunday legs of the Symmons Plains event will carry live coverage on the Nine Network, the only guaranteed free-to-air time beyond that thus far are delayed highlights packages to be shown mid-week at prime time.

Asked if there was such concern around its own similar move now, ARG CEO Matt Braid was relaxed.

“It’s more about change to be honest,” Braid said.

“Yes, there will be people that will like the consumption of media how it has always been in the live component, but equally others already we’re finding, you can see feedback that, ‘oh it’s great I can watch it on-demand when I want; there’s going to be more coverage’.

“So I think yes, we’re cognisant that the change we are now doing does impact the fanbase, but we’re also confident that the way we communicate it and once it is actually shown how the complete integrated package comes out, I think people will see the benefit of it both now and in the long-term as well.”

Braid confirmed continuing with the existing Seven Network arrangement had been an option, but felt the new multi-year deal was a better solution for fans to enjoy and for overall sustainability.

ARG’s other categories that are committed to running at select Supercars events this year, such as S5000 and Touring Car Masters, will still be shown on Fox Sports – and Seven, where applicable – per Supercars’ broadcast arrangement.

The same will go for S5000 taking part at the Formula 1 Australian Grand Prix in April, which Network 10 holds the free-to-air broadcast rights for.

Airing highlights mid-week at prime time is considered an opportunity to grow TCR’s fanbase and provide extra reach for competitors and their sponsors, too.

“Don’t lose sight of the highlights package is a prime time broadcast mid-week, so although it’s not live, you have always got a free-to-air component on top of the video on-demand component,” said ARG executive chairman John McMellan.

“And that free-to-air component in a mid-week prime time slot, arguably from all of the metrics from media, is far better than an afternoon on the weekend.”