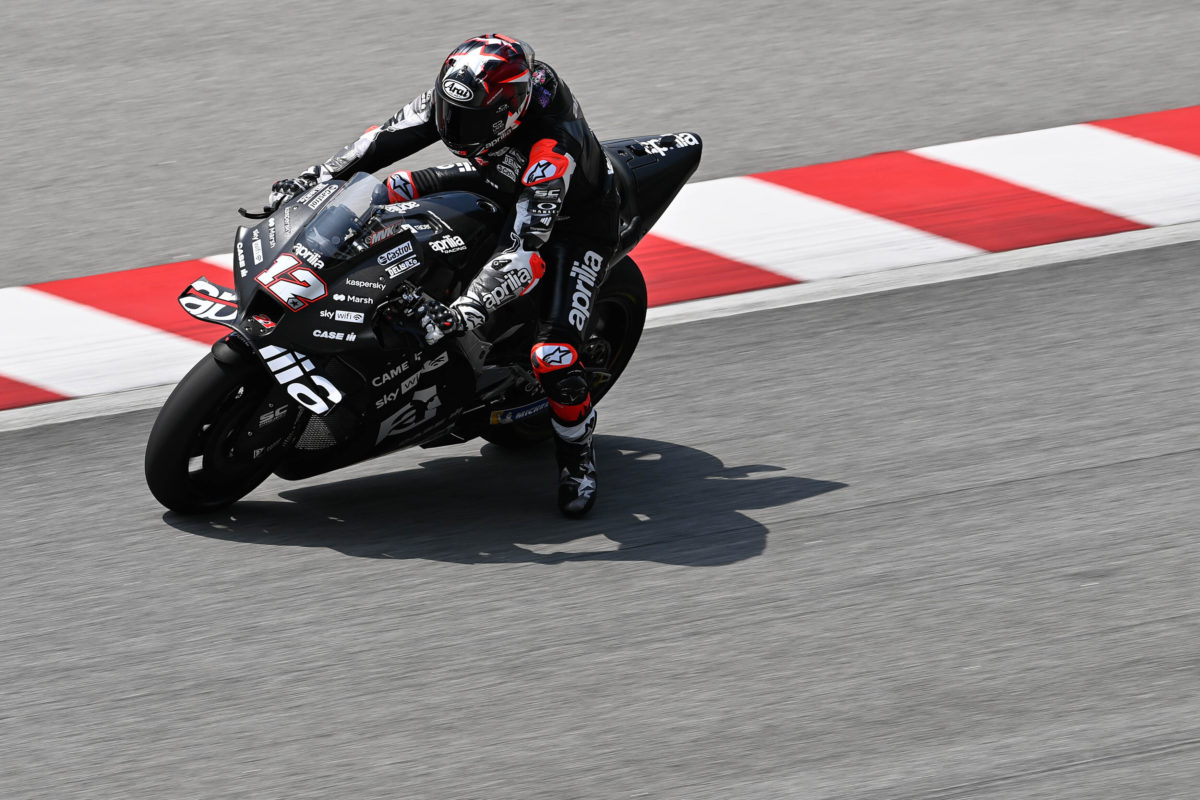 Aprilia’s Maverick Viñales has set the pace on Day 2 of the MotoGP Shakedown Test at Sepang.

Viñales, who is eligible for the three-day test by virtue of Aprilia’s status as a concession manufacturer, is thus far the only rider this week to lap the Malaysian Grand Prix circuit in less than two minutes.

His late 1:59.833s left him 0.732s clear of Ducati test rider Michele Pirro, who was apparently validating aerodynamics, and 0.901s up on VR46 rookie Marco Bezzecchi on another Ducati.

They were split on the timesheet by Suzuki test rider Sylvain Guintoli on a 2:01.102s.

Stefan Bradl had been unable to ride on Day 1 due to a shipping delay which meant his Hondas arrived late, but he was eighth-quickest on Day 2 on a 2:01.361s.

One day remains in the Shakedown Test, with the first Official test of 2022 to follow at the same circuit from February 5.