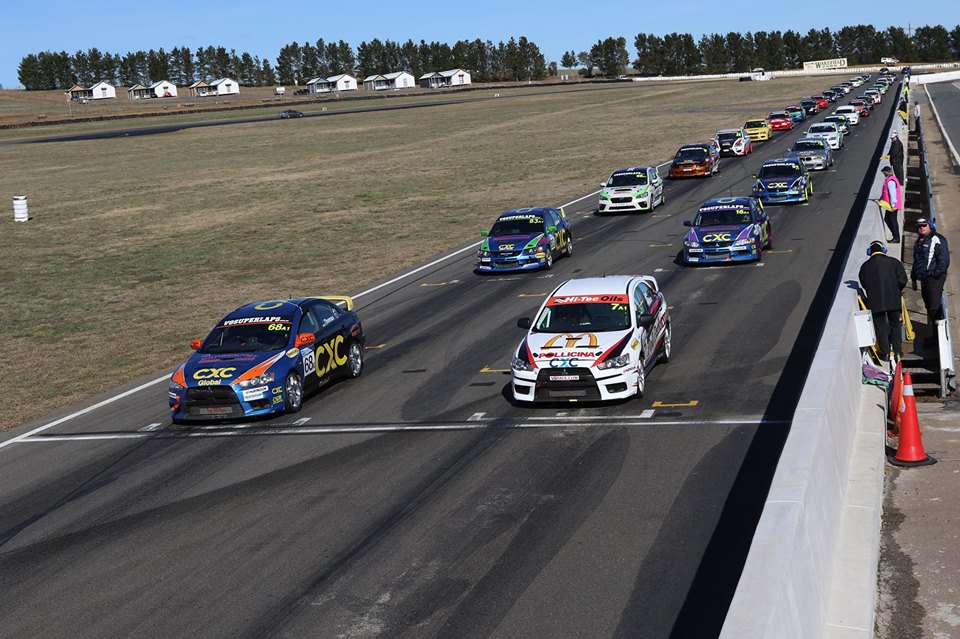 Goulburn Mulwaree Council will seek further talks with management of Wakefield Park in the hope of reaching a compromise before the court hearing which could seal the circuit’s fate.

The saga is set to come to a head in the New South Wales Land and Environment Court (LEC) in early-March, after conciliation talks failed last November, but the door appears open for a compromise following last night’s ordinary council meeting.

In the second meeting of the new term, which began after those conciliation talks, councillors resolved to arrange talks with circuit management, and affected residents, with a view to potentially staving off the court hearing.

A motion put forward by Cr Jason Shepherd, who was newly elected only last December, was amended, carried, and hence became a resolution of council, as follows:

That Council arrange separate “without prejudice” briefings with the Wakefield Park management (applicants) to seek alternate approval conditions for further discussions with submitters in regard to the decision of Council at the Extraordinary meeting of Council on the 22nd June 2021 and resuming on the 13th July 2021 that determined in part:-

Consent be granted for DA/0117/2021 for Alterations and Additions to Recreation Facility (major) located at Lot 1 DP 832905, 4770 Braidwood Road Tirrannaville, subject to the following conditions. (Conditions available on website).

Whether that will prevent the matter from progressing to the LEC hearing is far from certain, however.

Council general manager Warwick Bennett had provided advice last month that “Council’s role in the process as a decision making body is now ‘spent’,” and furthermore that, “The process is firmly entrenched with the court.”

Cr Bob Kirk put the onus on management of Wakefield Park, which is owned by Benalla Auto Club, to present alternatives which could then be considered by council.

While he reiterated that council values the circuit’s economic impact, and claimed no residents wanted it shut down per se, he noted that the development application cannot be varied simply because an election has produced a new set of councillors.

“It’s very important that all the councillors are brought up to speed with the full circumstances,” said Cr Kirk.

“But the former council made a decision; Goulburn Mulwaree Council continues to exist – it doesn’t matter who’s sitting in these chairs [ie which individuals are sitting councillors at the time] – and so the decision of council has been made.”

He added, “I spoke to Dean Chapman, manager out there, in November, and I assured him then – this was after we made the decision – that we value…

“The community value, council valued Wakefield Park’s involvement, and we want to see them be a raging success, within the bounds of reasons and rules.

“But, any review process needs to be instigated by the applicants, not by council; that’s my understanding.

“Certainly, we can have talks with them, but any review process needs to be instigated at their end.

“We can’t pull up a DA and decide to change some conditions of approval, just because we think it’s a good idea today [when] it wasn’t yesterday.”

Under the three-tier noise limit which would take full effect in 2024, Wakefield Park would be limited to up to 30 days per year at 95 dBA, the level at which a normal race meeting would run to.

While the circuit has diversified its operations somewhat, motorsport remains a key driver of business, and hence the 30-day cap is a major sticking point. Cr Michael Prevedello noted that what cap Wakefield Park would be willing to accept, previously reported by Speedcafe.com as 75 days, was a “crucial” question.

Invited to clarify the reason for his motion by Mayor Peter Walker, Cr Shepherd stressed that it is up to Wakefield Park to determine what its business model is, and whether it is viable, notwithstanding his desire to reach a compromise between the circuit and residents.

However, the general manager advised that, save for limited exceptions, the LEC hearing is unavoidable in light of the fact that council has already made a determination.

“The bottom line is, if there was a compromise position reached, then the court would need to make that determination,” said Bennett.

“The only way that it could happen would be if Wakefield Park surrendered their determination, or they made a variation to the decision.

“But the reality is, if there is a compromise position being made, no matter what is changed – if it’s only one word [for example] – council has made a determination. That is what will be considered by the court.

“If through various submissions or evidence given, there was an opportunity for a compromise position, then that would need to be determined by the court, not as an agreement outside the court structure.”

Wakefield Park opened in 1994 and, aside from a prevention notice issued in January 2020 which gave interim approval for its operations, is still subject to the original 1993 development consent.

As advised previously by Goulburn Mulwaree Council’s general manager, “The 1993 Development Consent remains current until such time as the applicant demonstrates commencement in accordance with the new consent, or alternatively surrenders the 1993 consent. Neither has occurred.”

According to a recent report in the Goulburn Post, those residents who had made noise objections had done so on the basis of that 1993 consent.

Wakefield Park management has said that a potential Canberra circuit is seriously being considered as an alternative to its existing facility.